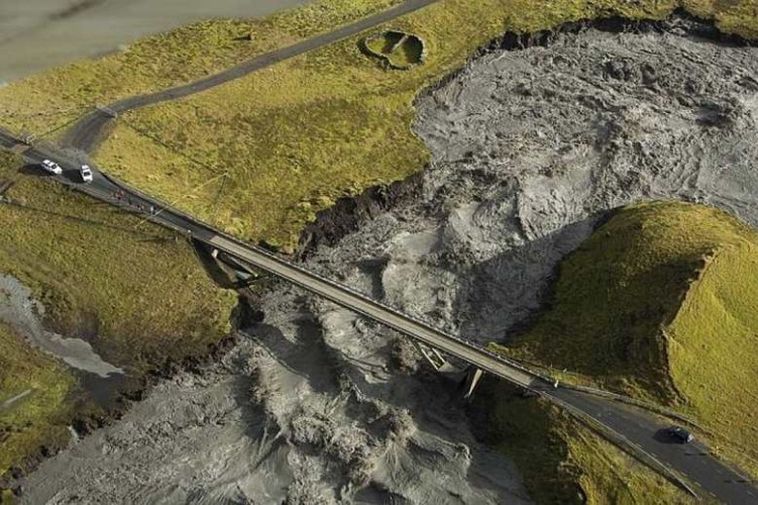 The current flood of Skaftá glacier river is the biggest ever on record.

Flood waters took over most of the Skaftárdalur valley this weekend, cutting off farms up the valley inland. At its peak, water flows reached 3,000 m3/s, over double the previous record for a comparable event in Skaftá.

The river swelled to 25 times is normal size in just 24 hours, causing widespread flooding. The situation has not been helped by heavy rain in the area in recent days.

There have been closures to traffic in parts of the affected region, but bridges are expected to stand now the flood waters have begun to subside.

Much damage has been caused to farmland and landscape.

The flood water brings with it hydrogen sulphide and sulphur dioxide. Residents as far away as Trondheim, Norway, have detected an odour of sulphur from the flood, carried on winds blowing to the east.

Flood bridge hanging by a thread