"Could have been better prepared" 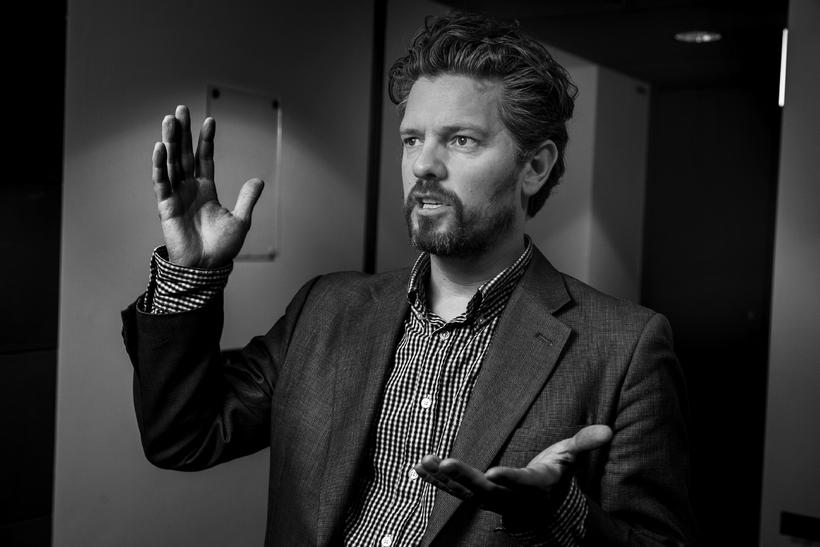 Mayor Dagur B.Eggertsson says that the CIty is looking to other Nordic countries who have taken similar action in boycotting Israeli products. Mbl.is/ Kristinn Ingvarsson

Mayor Dagur B. Eggertsson said in an interview today with mbl.is that the proposal put to the City Council for the City of Reykjavik by Björk Vilhelmsdóttir to boycott Israeli products could have been better prepared.

City Councellor Björk Vilhelmsdóttir of the Social Democratic Alliance put forward this proposal as her last before heading off to volunteer in Palestine. Vilhelmsdóttir and her husband are both members of the Iceland-Palestine association.

By accepting this proposal the Reykjavik City Council is sending a strong message to the world, a message that has evoked considerable response. Would it have been reasonable to have prepare the proposal better before it was put forward?

"Yes, maybe one could say so. This is also connected to the fact that this was Björk's last proposal at City Council. So that's why we did it like this," says Eggertsson.

So you would say that the proposal would normally not have been put forward in such a hurry?

"I'm not saying that it was put forward in a hurry, this is something that's being considered and under a lot of discussion elsewhere in the world. We will be looking at the discussion taking place in Copenhagen where a similar proposal was approved for review last spring. We of course have to prepare this carefully like everything else."

What exactly are the (Israeli) products concerned?

"At a first glance it's not very many. In this way, this is first and foremost a symbolic declaration with a general clause looking from a human rights viewpoint. We're not targeting Israeli products in general, but products connected to the occupied territories and the Israeli settlements.  Looking at the rest of the Nordic countries, banks and Norwegian oil companies have been taking similar action in connection to these areas. The reasoning behind this is that these settlements go against international laws and are connected to human rights violations. The EU has been looking at labeling these products specially and that's one of the things we'll be looking into. "

When can we expect this to be executed?

Could there be another proposal to the City Council where another country or government is boycotted? 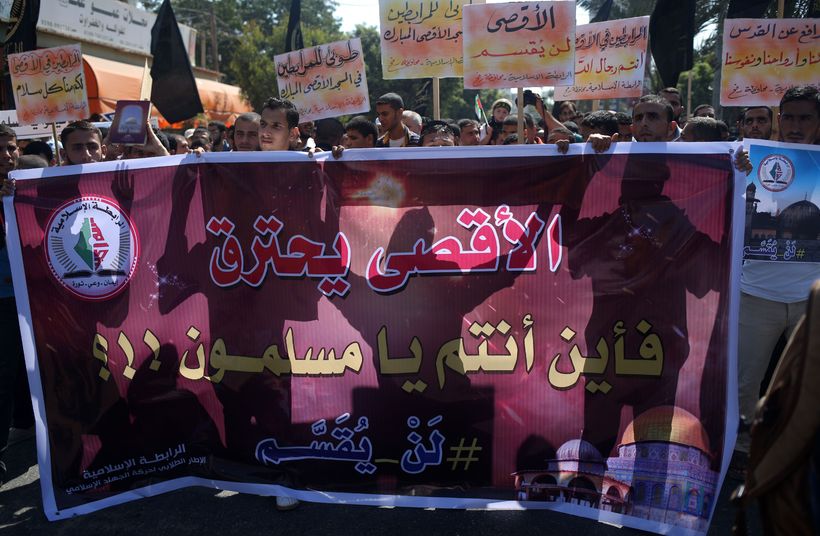 Palestinians shout slogans during a protest in Gaza City yesterday, denouncing clashes between Palestinians and Israeli police at Jerusalem's flashpoint Al-Aqsa mosque compound, the third-holiest site in Islam. Saudi King Salman has appealed to UN chief Ban Ki-moon and members of the Security Council for "urgent measures" after clashes at Jerusalem's Al-Aqsa mosque compound. The arrival of more than a thousand tourists and Jews for the Jewish New Year reinforced fears among Palestinians and Muslim authorities that Israel wants to scrap the current arrangements and impose a division of the use of the compound; Jews in the morning and Muslims for the rest of the day. Photo: AFP