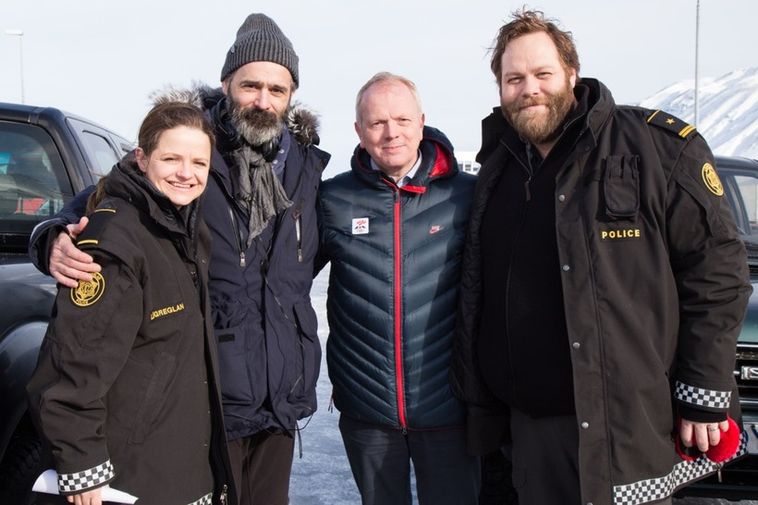 The Weinstein Company (TWC) announced today that they have acquired U.S. rights to Icelandic-language crime series TRAPPED from RVK Studios and Dynamic Television.  The deal marks the first time an Icelandic television show will have been acquired for U.S. broadcast. TRAPPED will world premiere its first episode at the Toronto International Film Festival on September 11th.

TRAPPED tells the story of a troubled cop investigating a grisly murder when his small Icelandic town is hit by a powerful blizzard, trapping the villagers and most likely the killer in the town. The series was produced by Kormakur’s RVK Studios and commissioned by RUV in Iceland. The series has been sold to BBC, ZDF, France Televisions, SVT, NRK and DR among other European networks.

The Weinstein Company (TWC) is a multimedia production and distribution company launched in October 2005 by Bob and Harvey Weinstein, the brothers who founded Miramax Films in 1979. TWC also encompasses Dimension Films, the genre label founded in 1993 by Bob Weinstein. During Harvey and Bob’s tenure at Miramax and TWC, they have received 341 Oscar nominations and won 81 Academy Awards.

Dynamic Television is a development, financing and distribution company with a global strategy to bring premium television programming to worldwide markets.

RVK Studios. was founded in 2012 by director Baltasar Kormákur, executive producer Magnús Viðar Sigurðsson and screen writer Sigurjón Kjartansson. It succeeded Blueeyes Productions, a production company Baltasar has run for years producing many successful films with Agnes Johansen such as  "Jar City,” “Contraband" and "The Deep.”