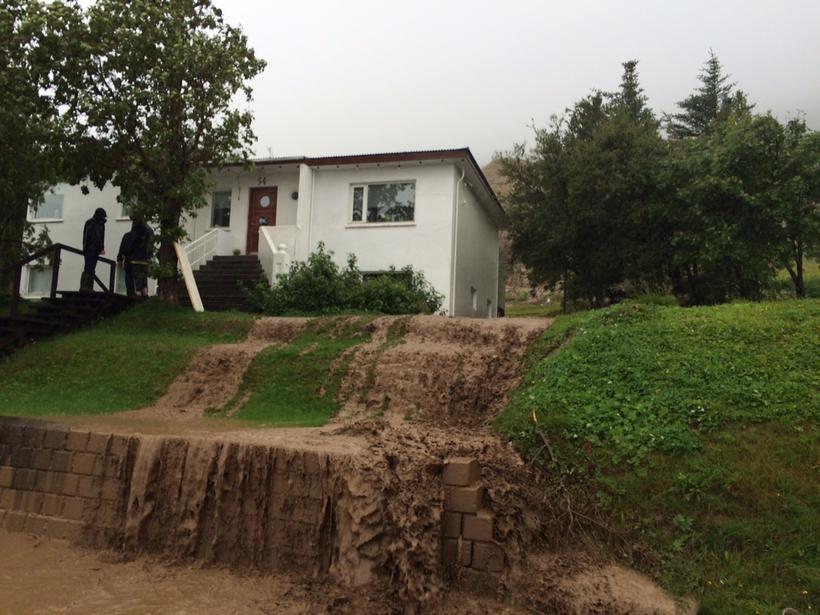 The damage caused by heavy rain in the town of Siglufjörður in North Iceland last week is estimated at tens of millions of Icelandic króna.

The deluge began on Thursday and lasted through to Saturday morning. According to measurements by the Icelandic Met Office, 17.8 cm (7 inches) of rain fell in Siglufjörður in that time.

In the course of Friday, the heavy rain caused the Hvanneyrará river to burst its banks, flooding several houses and channeling mud into streets and the water supply. 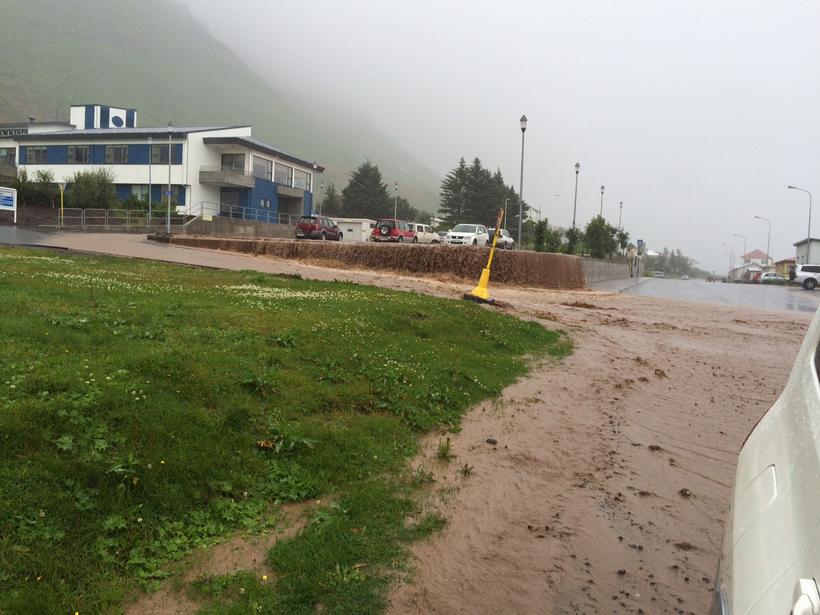 Up to 18cm of rain fell in just 48 hours. Photo: Þórir Kristinn Þórisson 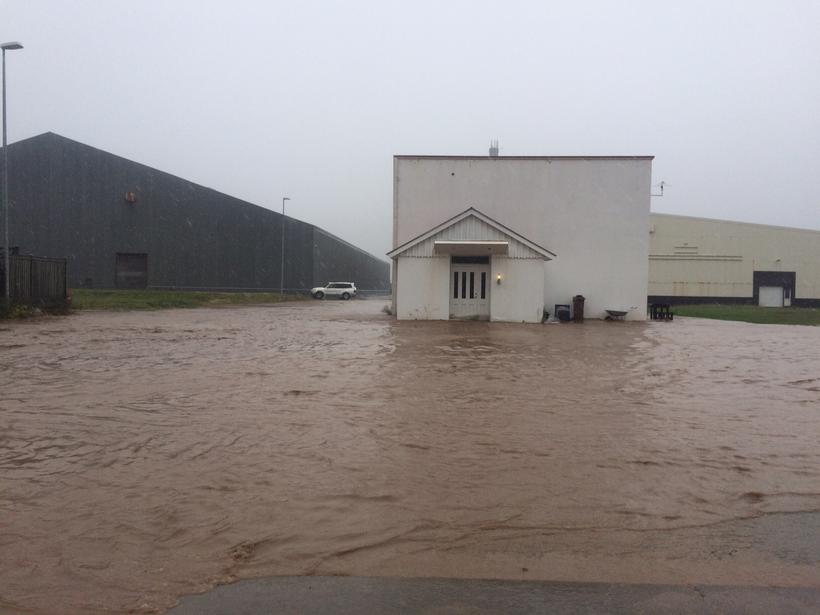