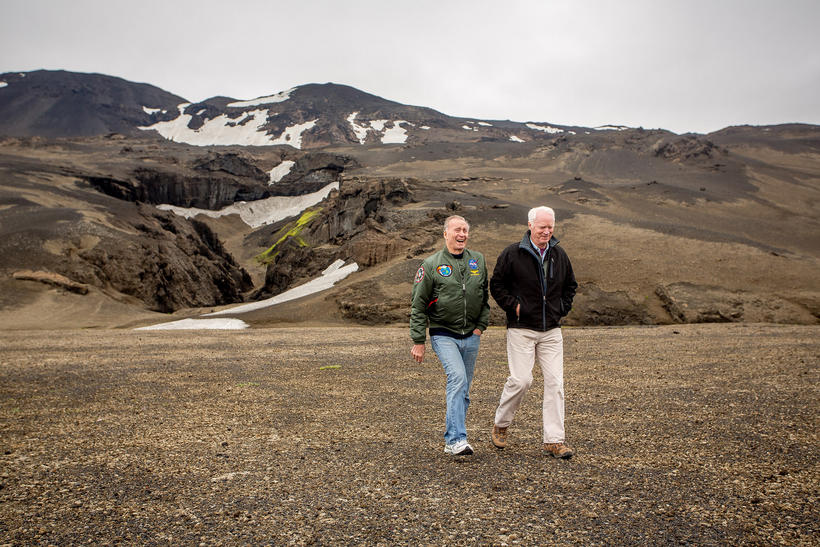 Fifty years after their first visit to the country, a group of Apollo astronauts returned to Iceland this month, on a new trip organised by The Exploration Museum in Húsavík, Northern Iceland.

For two weeks this month, former Apollo astronauts and their families have been revisiting their former training areas and other natural phenomena around Iceland.

Harrison Schmitt, who walked on the Moon during the Apollo 17 mission, arrived in Iceland on 5 July. A week later, Walter Cunningham of Apollo 7 and Rusty Schweickart of Apollo 9 arrived with their wives. They were joined by NASA astrogeologist Dr Jim Rice and the family of ‘first man on the Moon’ Neil Armstrong.

On the astronauts’ programme was a visit to the new 33-square-mile lava flow at Holuhraun, the site of a six-month volcanic eruption which began on 29 August 2014.

“I have walked on the moon a second time,” said Schmitt, smiling to the group after walking on the new lava flow.

On 15 July, the grandchildren of Neil Armstrong unveiled a monument honouring the 32 astronauts that trained in Iceland in 1965 and 1967, seven of which subsequently walked on the Moon.

The Armstrong family also got the chance, during a visit to the training area at Nautagil in the north-eastern highlands of Iceland, to play the Moon Game – a game developed by geology instructors to get the astronauts, more used to looking towards the skies, to look down at the surface geology.

The expeditions to the Holuhraun lava flow and the Icelandic highlands were led by geophysicist and polar explorer Ari Trausti Guðmundsson and Director of the Exploration Museum, Örlygur Hnefill Örlygsson.

The museum had previously been visited by Apollo 8 astronaut, Bill Anders, and SkyLab and Space Shuttle astronaut, Owen Garriott.

Man on the Moon in Iceland 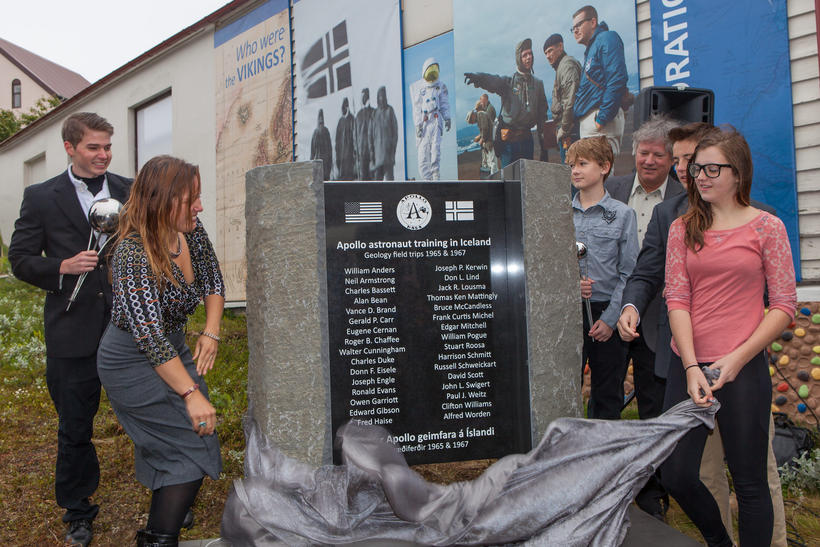 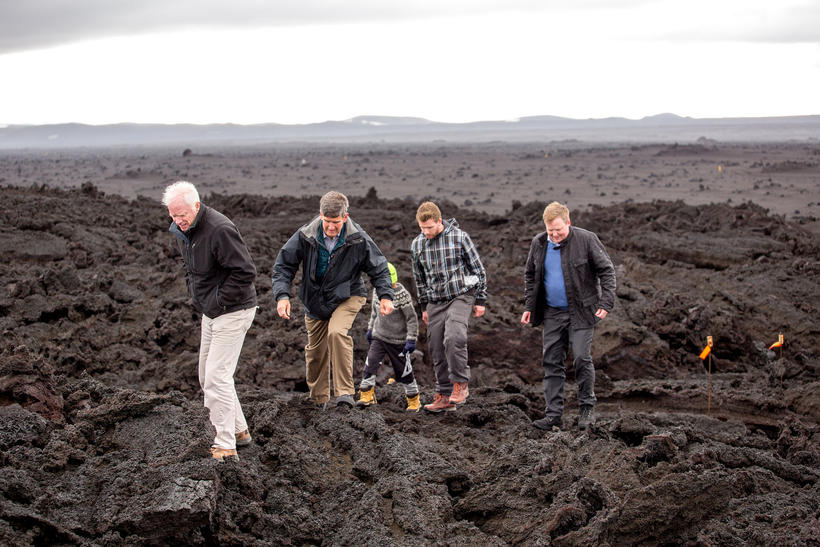 Apollo 9 astronaut Rusty Schweickart, accompanied by the US Ambassador to Iceland and the Icelandic PM on the new lava flow from the Holuhraun eruption. Photo: Völundur Jónsson 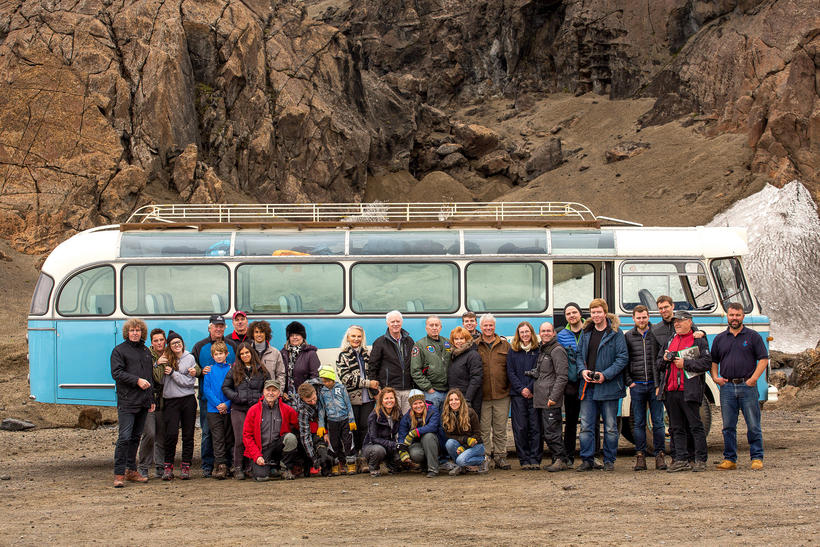 The astronauts and Armstrong's family travelled in an original Mercedes Benz bus from the company that took care of the transport in 1965 and 1967. Photo: Völundur Jónsson 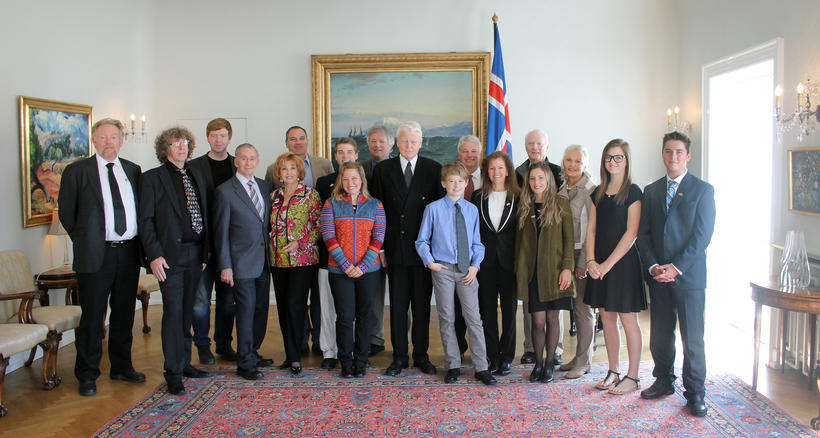 The family of Neil Armstrong with Apollo astronauts Cunningham and Schweickart with President Grímsson of Iceland. Photo: Friðbjörn Möller