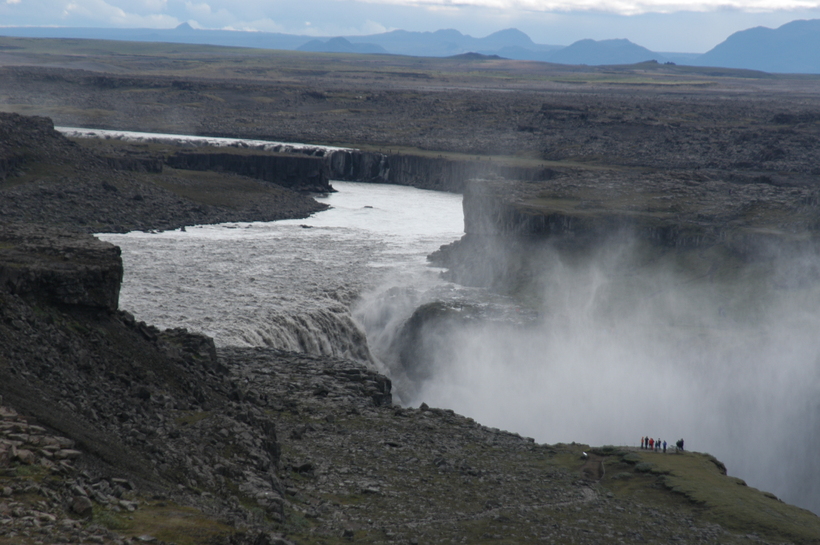 Dettifoss is one of Iceland's most popular tourist destinations. Photo: Birkir Fanndal

Two women fell and sustained injuries in two separate incidents at Iceland’s Dettifoss waterfall yesterday. Prolonged rainfall at the famous landmark is thought to be to blame.

Rescue teams were call out to Dettifoss twice in quick succession to assist and evacuate two visitors who had fallen and sustained leg injuries.

Prolonged rain in the area is said to have washed away sections of the upper sand layer of the pathways used by visitors to Dettifoss, exposing a very slippery soil layer underneath.

The area where the two incidents occurred has today been closed off to slide-proof the pathways.

This is the first time ever that two accidents have occurred at Dettifoss on the same day, according to Hjörleifur Finnsson, ranger at the Vatnajökull National Park.