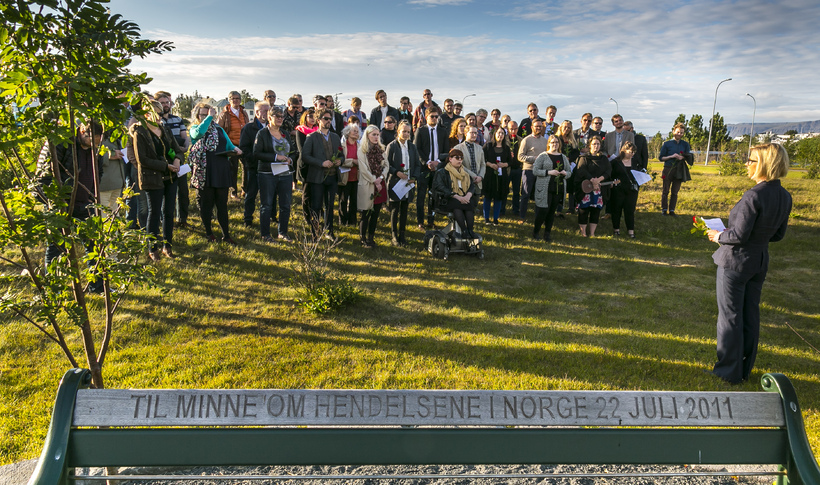 Norwegian Ambassador to Iceland, Cecilie Landsverk, addressed those gathered yesterday at a ceremony to commemorate the 77 victims of the shooting and bombing attacks in Oslo and Utøya on 22 July 2011.

The ceremony, organised by the Icelandic Young Socialists, took place in a special memorial garden for the victims of far-right terrorist Anders Behring Breivik in Reykjavik which was inaugurated on Norway’s national day last year.

69 of the 77 individuals killed were members of the youth division of the Norwegian Labour Party.