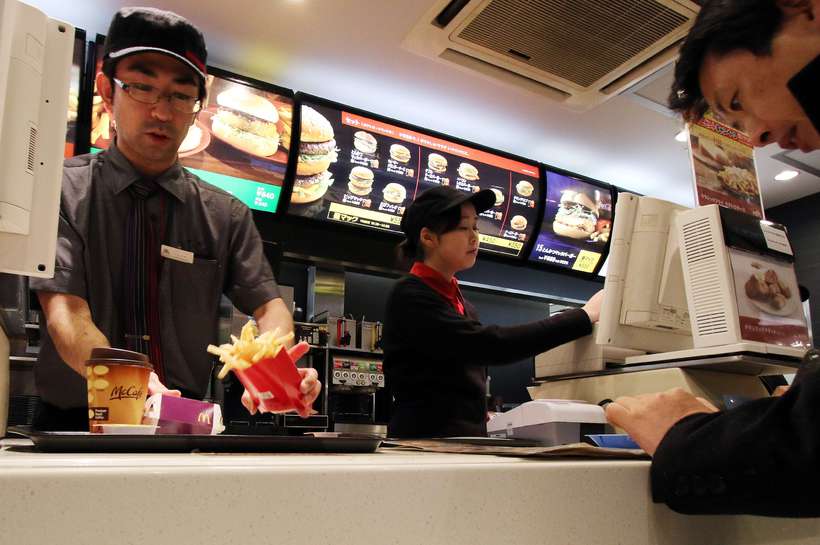 A Big Mac in Japan is less than half the price of a comparable burger in Iceland. Photo: AFP

Fans of the famous ‘Big Mac index’ may be interested to know that latest figures suggest that the Icelandic króna may be the most over-valued currency on the planet.

The Big Mac was invented as a light-hearted purchasing-power comparison index by The Economist in 1986 using the famous McDonald’s burger as a gauge.

“Burgernomics was never intended as a precise gauge of currency misalignment, reads a recent The Economist article, “[…] but has become a global standard.”

Icelandic burger most expensive in world

The index is built by comparing the price of a Big Mac around the world to a base currency, e.g. the US dollar. For instance, the average price of a Big Mac in America in July 2015 is $4.79. In Switzerland, it is as high as $6.82, while fast-food lovers in Venezuela can get a Big Mac for just $0.67.

McDonald’s is not present on the Icelandic market, but a comparable burger (the Heimsborgarinn sold by Metro) costs ISK 1,039. That is, $7.63 at today’s exchange rate – by some margin the most expensive in the world.

Even adjusting the data for GDP per person (i.e. taking into account that burger prices are expected to be higher in richer countries due to higher labour costs) does not help Iceland’s situation.

Iceland has a similar GDP per capita to countries like Belgium and Denmark, where a Big Mac costs $4.05 and $4.54, respectively – less than in America. According to the adjusted data, the Icelandic króna is over-valued by 68-88% as compared to the dollar.

It is clear that if Big Macs were available in Iceland, there would very probably be among the most expensive in the world.

This can be attributed to the high price of meat in Iceland (which many experts put down to an inefficient agricultural system), obstacles to imports of meat, and high VAT rates.