"Tourists piss and shit at Gullfoss" 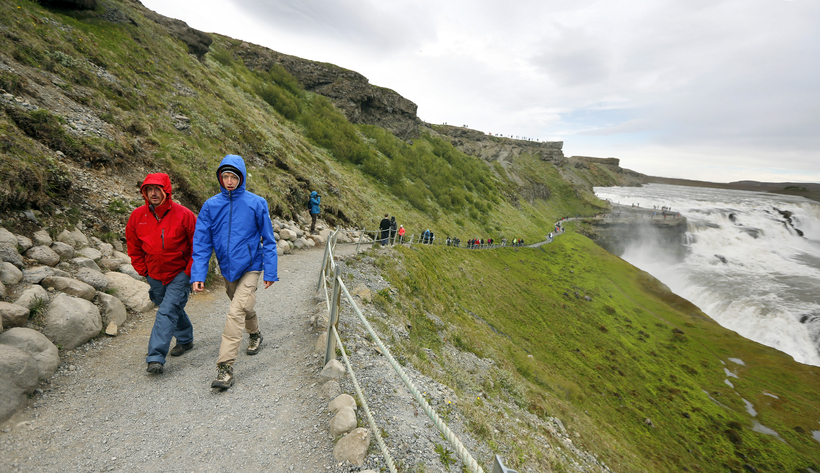 "Iceland's been marketed as a country where you don't have to pay for anything," says Ástdís Kristjánsdóttir, managing director of Gullfoss Kaffi  situated at the famed Gullfoss waterfall to mbl.is today. She says that tourists refuse to pay for use of toilets and "piss and shit" outside of the windows.  When our staff knock on the windows to stop them, "they just smirk and disappear," says Kristjánsdóttir.

A tourist complained to her that the toilets at the café were dirty. "Our toilets are cleaned twice a day which is probably not enough with the huge number of tourists using them. But we can't keep on putting money towards toilet cleaning when we don't get anything back. " She adds that many tourists go to the toilets without paying the charge of 200 ISK. "We've given up using toilet wardens because people are so rude to them. They scold them and tell them that they're not going to pay because everything should be free of charge in Iceland."

Kristjánsdóttir heatedly tells mbl.is that Icelanders have themselves to blame. "We bow to these people, "just come and do whatever pleases you, go for a dump at Þingvellir or wherever you like!"  That's the attitude and it's terrible. At Gullfoss, people just go to the toilet wherever they fancy. "

René Biasone, specialist at the Environment Agency of Iceland says to mbl.is that people offering toilet facilities in popular tourist spots are doing their best, but, "It's not enough to clean the toilets once or twice a day because some of these spots see over a thousand daily visitors. "