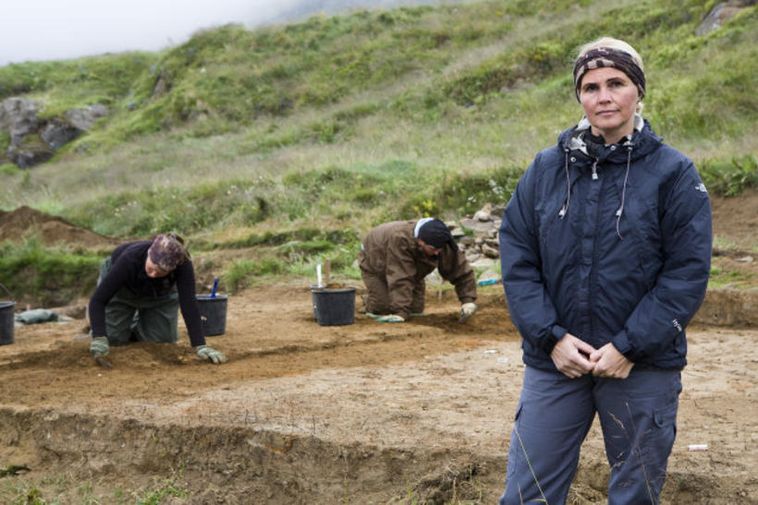 Professor Steinunn Kristjánsdóttir at the site where the graves were discovered. Photo: Helgi Bjarnason

Archeologists excavating in Eyjafjörður, north Iceland have found an ancient burial site in a mound south of a  previously discovered farmstead. The mound contained several coffins and human bones dating from the twelfth century.

The farmstead is near the Munkaþverá river which takes its name from munkar which means monks.

As reported by Morgunblaðið today, the discovery was a part of an excavation by professor Steinunn Kristjánsdóttir and her team who are conducting research on medieval monasteries in Iceland.