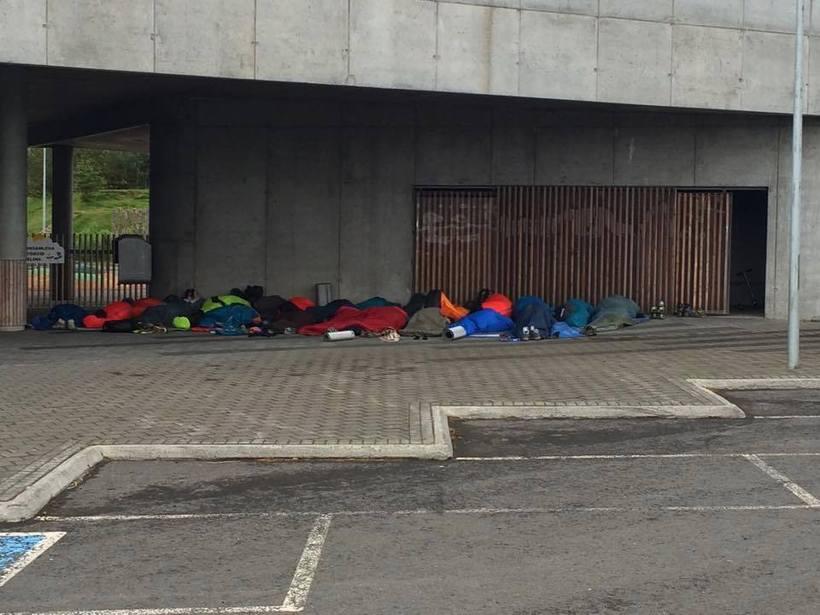 A photo taken by a group of runners who discovered a group of tourists sleeping next to a school wall in Mosfellsbær. Photo: Droplaug Magnúsdóttir

Morgunblaðið reports today that several cases have come up recently of tourists camping in parking sites, in schoolyards and even at the harbourfront.

Mbl.is reported on Friday that tourists had camped out at Krikaskóli school in Mosfellsbær, just outside of Reykjavik.  A group of runners found them camped next to a school wall on Friday morning. "We saw these peoople sleeping next to the wall. And then we saw a girl on the other side of the building pulling up her trousers after obviously having gone to the toilet. There are no public lavatories at the school so they were going outside," said Kristín Einarsdóttir, one of the runners who witnessed the scene. "They weren't even sleeping in the grass, they were sleeping on the stairs in front of the dustbins. I wonder if the camping sites in the area have sufficient signs up."

Another group of tourists were discovered camping in a parking lot in Mosfellsbær on Friday. Around thirty tourists in three coaches were sleeping in sleeping bags on the concrete parking lot. Jóna Dís Bragadóttir who took a photo of the scene says she doesn't have a clue why they would choose a parking lot over the camp site which is close by.

Locals of Borgarnes, a town in West Iceland have complained of tourists squatting Skallagrímsgarður park where they have been lighting a great number of disposable barbecues instead of using the designated barbecue facilities within the park. Many tourists in Borgarnes have also chosen to camp on the concrete at the harbourfront instead of in the camping site.

According to Skapti Örn Ólafsson, public relations representative at the Iceland Tourist Board, it is important that tourists use specially designated facilities and camping grounds. "That's what those areas are for.  It's good that there's an increase in the flow of tourists but it seems that a lot of tourists are ignoring the various facilities which have been specially designated for camping. It's not good to hear that tourists are sleeping next to school walls or in parking lots."

According to the latest reports in Mosfellsbær, tourists have put up mattresses, sleeping bags and laundry racks at a parking lot. Head of police in Mosfellsbær, Valgarður Valgarðsson says that none of these incidents have been reported to police so far but adds that these activities are unwanted, due to both environmental and health regulations. 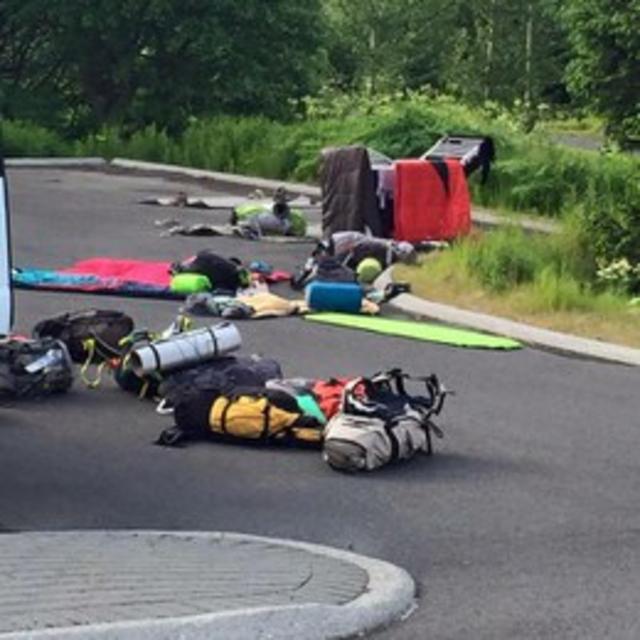