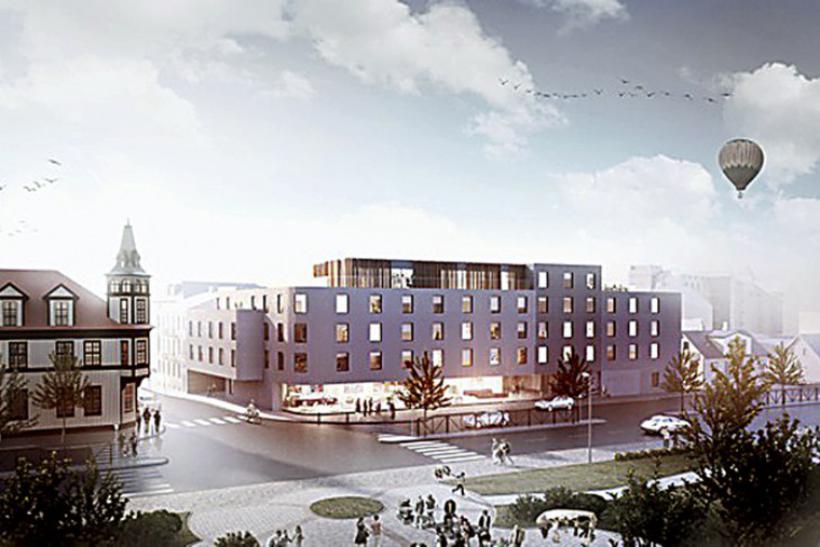 New plans for a hotel in the Íslandshótel chain were revealed a couple of days ago. The hotel will be located on Lækjargata in the city centre and architectural firm Gláma Kim were announced winners of an architectural contest for its design.  Stefnt er að því að opna hót­elið fyr­ir sum­arið 2018.

The design will be presented to the Reykjavik City Planning Committee and if it's accepted, construction will begin in 2016 and completed in 2018. According to Ólafur Torfason of Íslandshótel the design of the hotel has not been finally decided although the winning proposition has now been announced.

The hotel will have approximately 130 rooms and is situated right between some of the city's most historic buildings. The winning design proposition has caused a bit of a stir in Iceland and culture bloggers Egill Helgason and Illugi Jökulsson are amongst those who have voiced strong opposition to the idea. "I ask myself how anyone could possibly think about building such a monster at the hear of the city centre, in Lækjargata, right next to lake Tjörnin," he writes.

This is the second announcement for a new hotel in the city centre this week, as another hotel is planned for a site between Klapparstígur and Hverfisgata as part of the Hilton hotel chain.