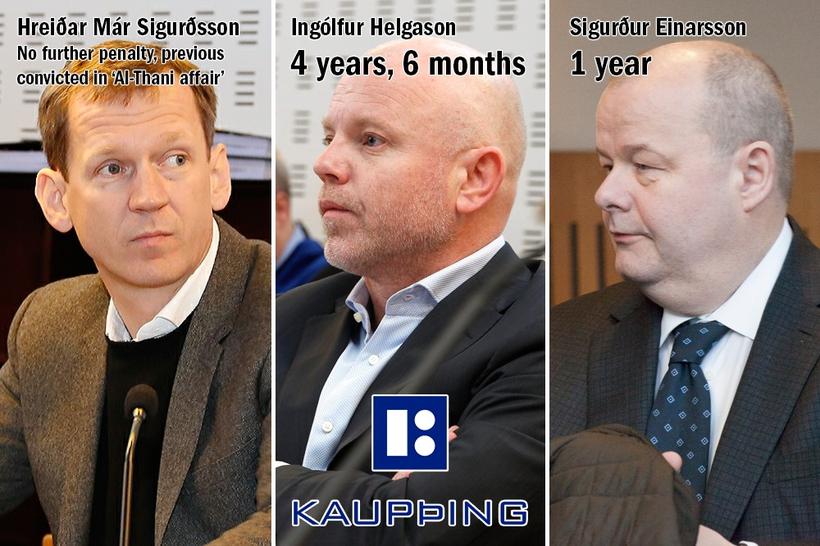 Six defendants in the Kaupþing market manipulation case, the biggest case of this type in Iceland’s history, have been handed prison sentences ranging from one year to four years and six months.

By fully financing share purchases with no other surety than the shares themselves, the bank was accused of giving a false and misleading impression of demand for Kaupþingi shares by means of deception and pretence.

Former Director of Kaupþing, Ingólfur Helgason, is to be jailed for four years and six months.

The other sentences are as follows:

Hreiðar Már Sig­urðsson, former Director of the bank, received no further penalty, having previously been sentenced in the ‘Al-Thani affair’.

The two remaining defendants, Björk Þór­ar­ins­dótt­ir and Magnús­ Guðmunds­son­, were acquitted of all or most charges. 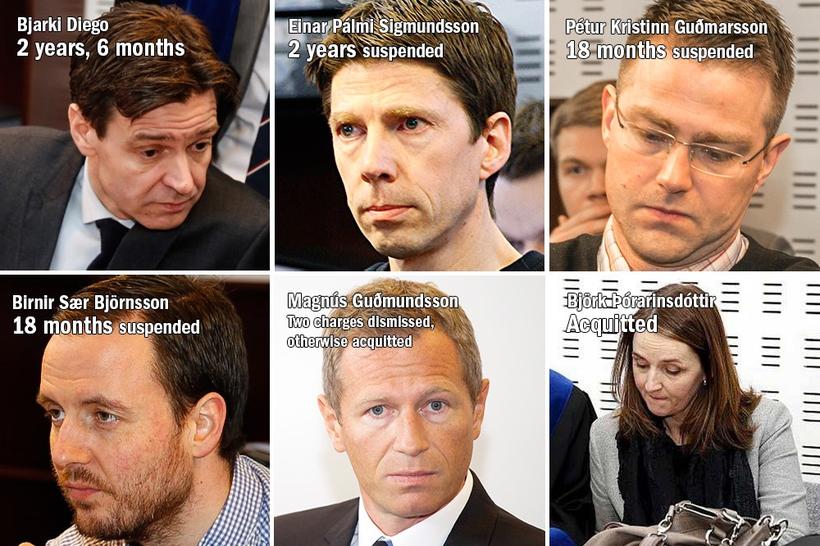