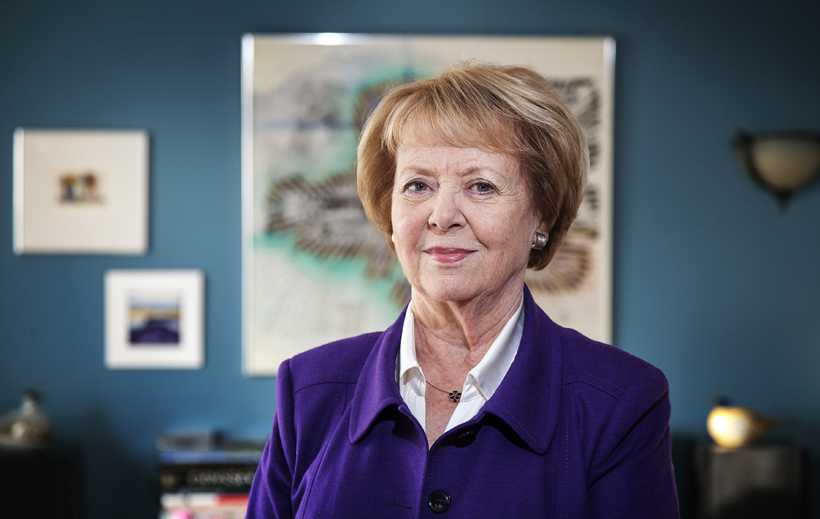 In 1980, Finnbogadóttir stood for president against three male candidates and won with 33.8% of the vote. She served for sixteen years until 1996, when she was succeeded by the incumbent President of Iceland, Ólafur Ragnar Grímsson.

Boys, girls and the future

She will be taking part in a tree-planting ceremony to commemorate the occasion in Hveragerði, South Iceland, at 5pm today.

“She will be assisted by a boy and a girl who have shown particular diligence and imagination this year,” says Mayor of Hveragerði, Aldís Hafsteinsdóttir. “She will also be assisted by a child who will be born in August – representing the unborn generations. It is something of a tradition for Vigdís in her visits to plant three trees – one for girls, one for boys and one for the generations of the future.”

Finnbogadóttir has worked as a secondary-school teacher and taught at the University of Iceland. She has also directed the Reykjavik Theatre Company and, of course, served as President of Iceland for sixteen years (1980-96). She is considered to have pioneered what is now known as ‘cultural tourism’, producing presentational material on Iceland and its people.

Finnbogadóttir has been involved in and actively supported forestry and conservation issues, stressing the importance of teaching children about plants and conservation. Since standing down as President, she has worked tirelessly to support languages, research and culture, both in Iceland and internationally.