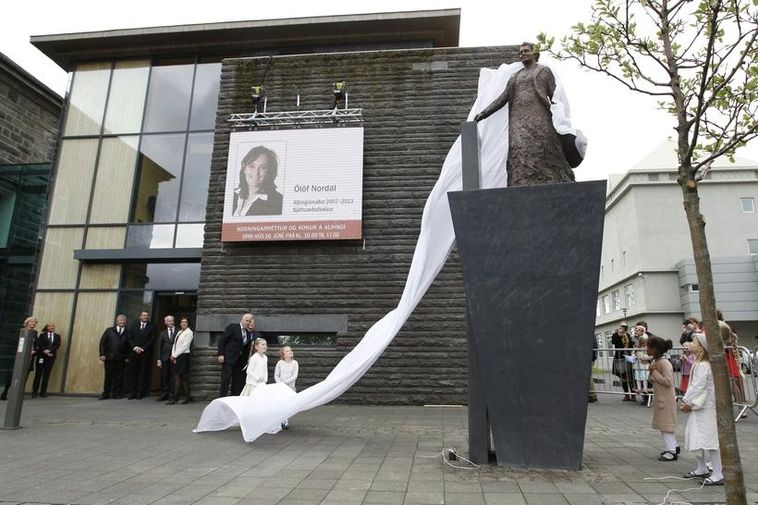 Ingibjörg H. Bjarnason (1867-1941) was a schoolteacher and activist in the women’s suffrage movement in Iceland. Icelandic women won the right to vote and stand for public office on 19 June 1915.

Bjarnason headed a feminist political movement known as ‘Women’s List’ and was elected to the Icelandic Parliament (‘Alþingi’) in 1922, making her the first woman in history to serve as an Icelandic MP. She served as an MP 1922-30.

The new statue was unveiled yesterday as part of the celebrations on Austurvöllur to commemorate the 100th anniversary of women winning the right to vote in Iceland.

Former President of Iceland, Vigdís Finnbogadóttir – the first woman in the world to be elected as Head of State in democratic elections – addressed the gathered revellers, who were also treated to music from women’s and girls’ choirs.