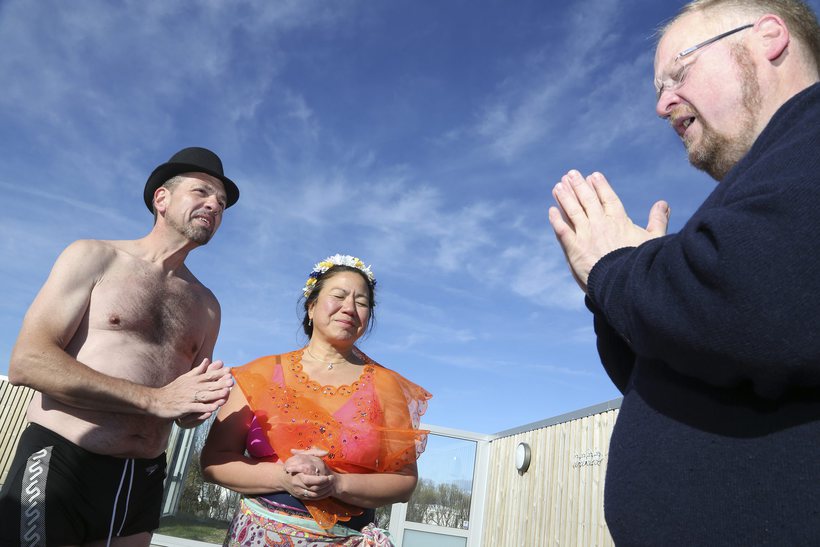 A Thai-American couple tied the knot yesterday in Iceland – not in a beautiful Icelandic church or against the backdrop of one of Iceland’s spectacular wonders of nature, but at their local swimming pool.

Kristjana Fjeldsted and Daniel Paul Lenik were joined in matrimony yesterday by Rev. Ólafur Jóhannsson beside the pool at Vesturbæjarlaug Baths in Reykjavik, following a civil ceremony at the registry office.

The happy couple swim at the pool every morning and remained dressed in their swimming costumes for the wedding.

They were expecting a small ceremony, but Vesturbæjarlaug regulars had secretly organised a large affair with singing, accordion music and speeches.

Fjeldsted first moved to Iceland from Thailand in 1996, then again in 2008. She met Lenik – who is now applying for an Icelandic residence permit – on a cycling holiday in the Netherlands in 2012. They plan to spend their honeymoon in a summer house in Southern Iceland.