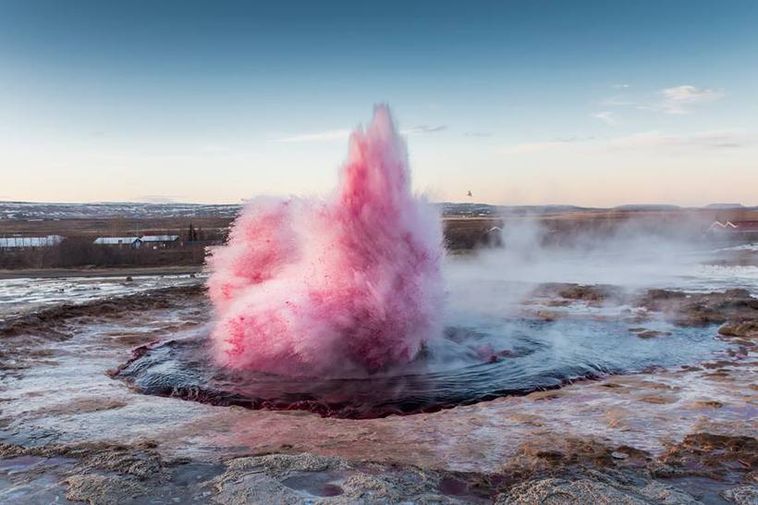 Marco Evaristti, the Chilean artist who controversially coloured the Strokkur geyser pink yesterday, has left Iceland without paying the fine he was served. He has indicated to mbl.is that he intends instead to take the fine decision to court.

Conflicting reports emerged from police authorities yesterday. The Chief of Suðurnes Police initially indicated that Evaristti would be arrested at Keflavík International Airport (KEF) if he tried to leave the country without paying the fine (ISK 100,000; approx. €680). Subsequently, the South Iceland Police Force announced that he was free to go, whether or not he paid up.

Fine to be appealed

Indeed, Evaristti flew out of Iceland this morning unhindered by police. He insists that he will certainly be back in Iceland, as he intends to take his fine – served for violation of Iceland’s Nature Protection Act – to the courts. He claims to have received just as much praise as criticism from Icelanders for his unusual and controversial artistic endeavour.