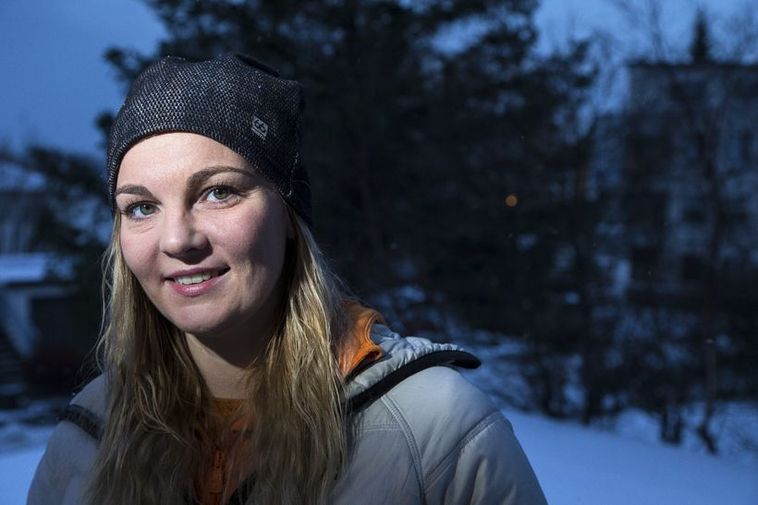 Vilborg Arna Gissurardóttir walked to the South Pole alone in 2012 and has conquered many peaks. She has given several lectures in Iceland on attaining your personal goals. KRISTINN INGVARSSON

Icelandic mountaineer Vilborg Arna Gissurardóttir, who walked solo to the South Pole in 2012, is now climbing up Mount Everest for the second time. She had to abandon her second attempt last year when 16 climbers were killed in an avalanche. Gissurardóttir admits that she finds this second climb a lot harder than the first. Icelander Ingólfur Axelsson is also climbing the mountain.

"It's a strange feeling to be going back up to base camp," she writes on her home page. Gissurardóttir began her ascent on April 3rd. "I really like my team, we're two women and seven men. Our guides are Guy Cotter, who was an advisor on the new Everest movie, and Rob, who I know from the South Pole. Great mountaineers whom I respect a lot. "