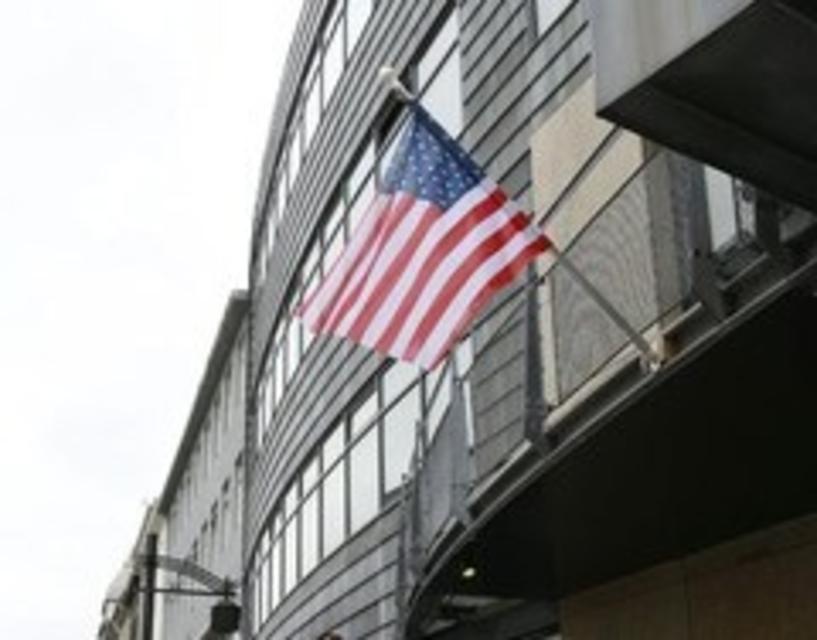 The American flag flying outside American Bar in central Reykjavik has been described as “unacceptable” and “intolerable” by prominent Icelandic politicians.

American Bar occupies the ground floor of Austurstæti 8-10 in central Reykvavik. A considerable part of the rest of the building is rented by the Icelandic Parliament (‘Alþingi’) and houses committee, parliamentary and political-party offices. Alþingi officials and MPs conducting their business in the building now need to walk under a large American flag to get to their place of work.

Vilhjálmur Bjarnason, MP for the centre-right Independence Party, described having to access Alþingi facilities by walking under an American flag as “unacceptable and intolerable”.

Speaker of the House, Einar K. Guðfinnsson, is of a similar mind. “I entirely agree with Vilhjálmur. This is completely intolerable. As far as I know, the owner of the building has been approached regarding this. I for one have asked for this to be done.” Guðfinnsson considers that issues such as this underline the need for Alþingi to have its own building.

The management of American Bar were unaware of the criticisms levelled at their flags when mbl.is contacted them this morning and declined to comment.

One of two flags taken down

Ingvar Svendsen, owner of American Bar, told mbl.is that one of the two flags initially installed (the one over the Austurvöllur-side entrance) was taken down some time ago in response to a complaint. 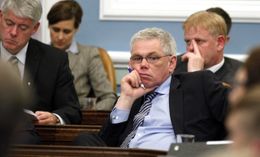 UPDATE: Svendsen has confirmed that American Bar has now taken down the second flag. 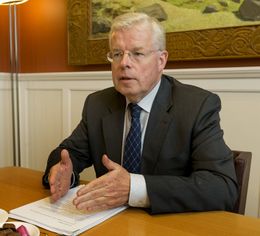