Iceland's most luxurious hotel to open next to Harpa

A drawing of the hotel with Harpa on the right hand side.

A contract has been by the City of Reykjavik with US real estate firm Carpenter&Company to raise a 250 room five star hotel in the empty building ground next to Harpa Concert Hall and Conference Centre. Carpenter works with hotel chains such as Marriott, Four Seasons, Regis, Hyatt and Starwood.  This was announced at a press conference yesterday at Harpa by Mayor Dagur B.Eggertsson, Richard L.Friedman, manager of Carpenter&Company and Höskuldur H.Ólafsson, director of Arion bank who will be organising the financing for the project.

The hotel will be equipped with reception and meeting rooms, several restauranta and a health spa and when completed it will be Iceland's only five star hotel. Mayor Dagur B.Eggertsson said that the development of the old harbour was crucial to the city planning, especially in making Reykjavik an attractive destination for conferences and cultural events. He added that Harpa had already proved itself in that field but that the success of Harpa needed to be followed up by completing the development at the harbour.

Since Harpa opened in May 2011, there has been a gaping hole next to the building which will now finally be filled. Eggertsson added that the design  for the new hotel was in the final stages.

Friedman said at the press conference that he was very excited about the project and that this was the first project outside the US that Carpenter had undertaken. "We're going to build the best hotel in Iceland," he added. "I've been to Iceland on several occasions and  I love the country. My wife goes to Whole Foods every day to buy Icelandic products like skyr, lamb and salmon. The food here is fantastic and the people are fantastic. It's one of the most beautiful harbours in the world and one of the best cities. I think we will be able to build a great addition to this stunning building," he said, referring to Harpa. 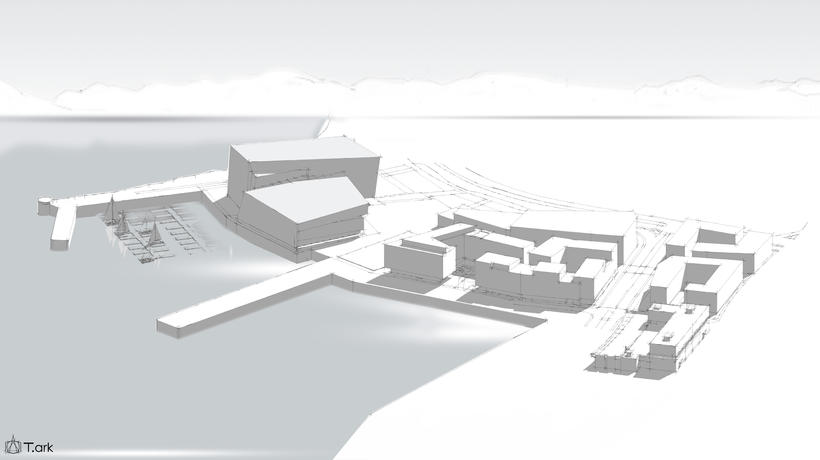 A drawing of Austurhöfn harbour with the hotel next to Harpa. Mynd/T.ark 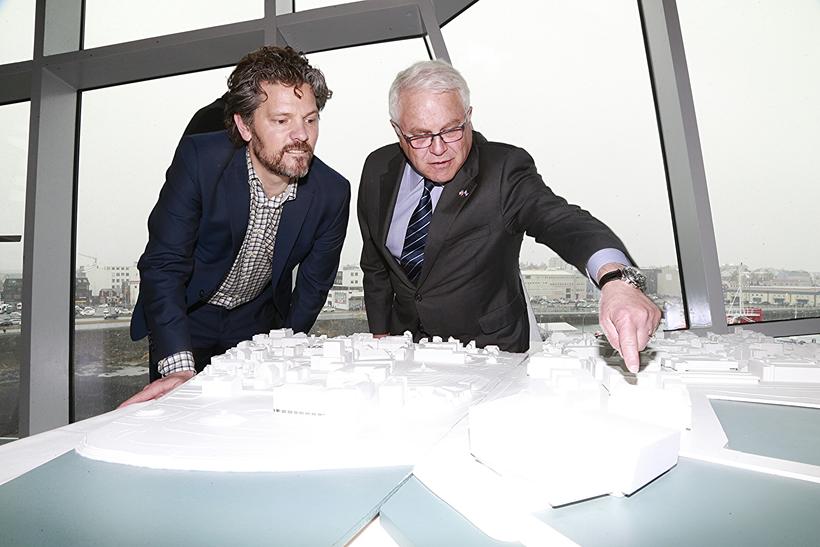 Mayor Dagur B. Eggertsson and Richard L. Friedman,director of Carpenter & Company, next to a model of Austurhöfn harbour. mbl.is/Kristinn Ingvarsson