Bared nipples in a Reykjavik pool 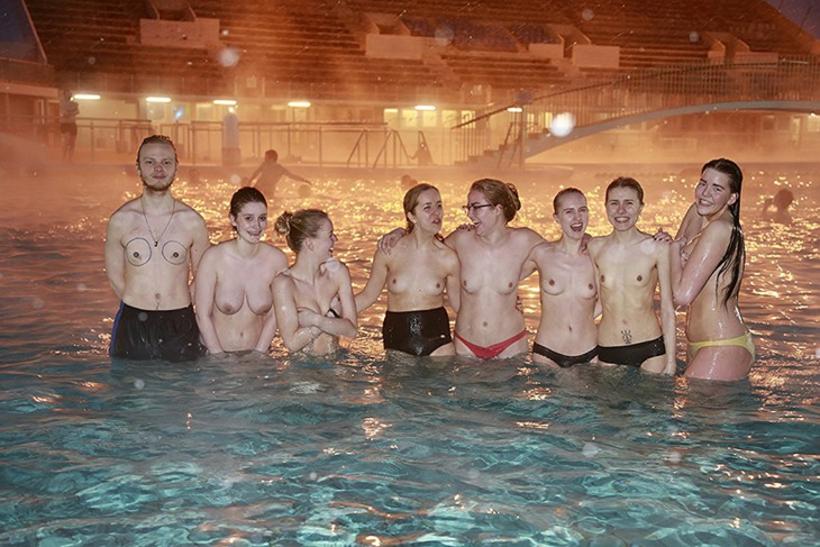 Women gathered for a topless swim in Laugardalslaug pool. The man on the left is obvioiusly an avid supporter of the cause. Mbl.is/ Kristinn

A group of women organised a topless bathe in Laugardalslaug pool in Reykjavik last night. The women were there for a finale to the #FreeTheNipple day yesterday. Swimming topless is not banned in pools in Iceland but is not common.

A member of staff at Laugardalslaug pool said that there had been an increase in young men than usual at this time in the pool. However, if they had turned up to ogle the women, they were not perturbed in the slightest, as the spirit of #freethenipple was to be topless on their own terms.