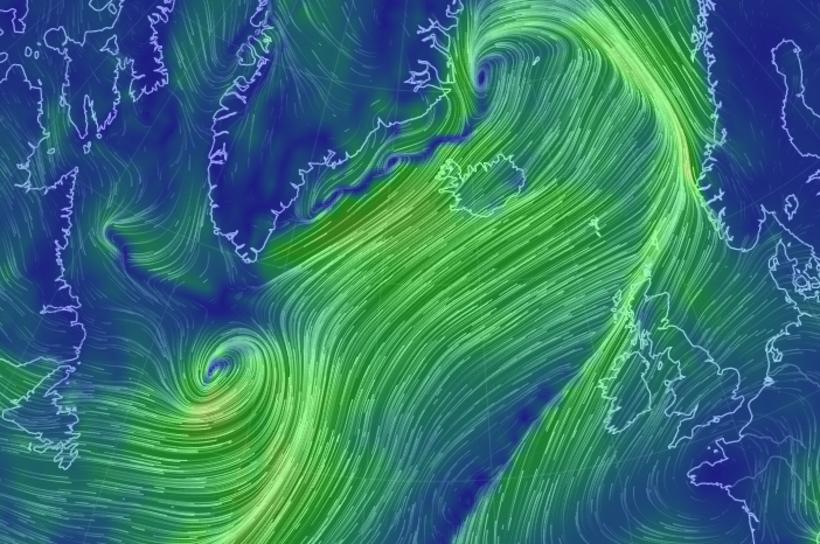 The weather is literally crazy in Iceland right now. People are urged to stay indoors until it calms down this afternoon. Screenshot from Nullschool.net

A storm is currently raging in Iceland, and according to the Iceland Met Office, it's the worst one so far this winter. Winds in the capital are at around 30 m/s and in some places in the country the windspeed reaches 50 m/s, People are urged to stay indoors today and not to undertake any travel. Shope and restaurants will possibly be closed until the weather calms down.

Even walking outside during the worst of the storm could be dangerous at the moment, especially in areas such as Höfðatorg in central Reykjavík.

Some havoc has been caused by flooding in Mosfellsbær, a suburb of Reykjavík and a few roads have been closed there. Search and rescue teams have had to come to the aid when roofs have

The weather in South Iceland should calm down this afternoon but in North and East Iceland it will continue into the evening.

You can see the storm live HERE