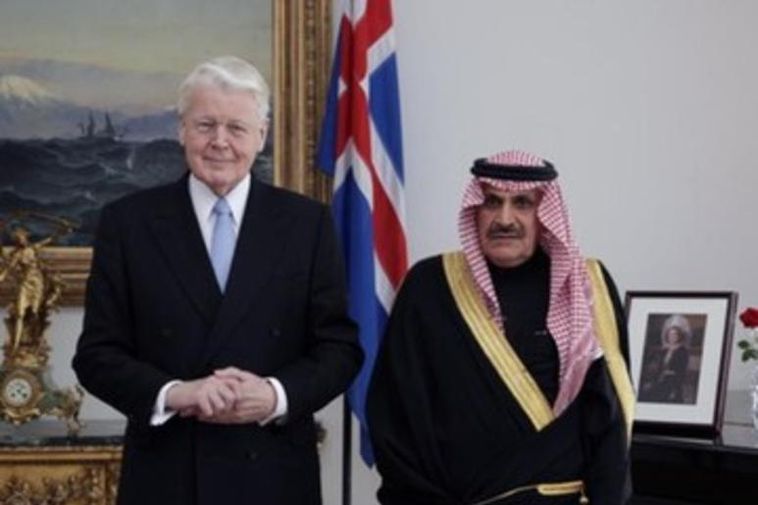 The President and the ambassador also discussed Icelandic interest in exploring geothermal possibilities in Saudi Arabia and the increasing violence in the Middle East.