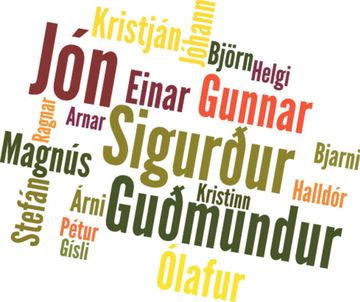 Iceland’s famous Naming Committee, the committee responsible for ruling on permissible Icelandic first names, has rejected the girl’s name Eilithya, on the grounds that the spelling is not in accordance with general spelling rules in Icelandic. The name therefore fails to satisfy the ‘Tradition’ criterion, one of the set of criteria guiding the Naming Committee’s decisions.

In Icelandic, the letter combinations ‘th’ and ‘ya’ do not exist (except in compound words). Furthermore, no woman has been called Eilithya in Iceland in the reference period 1703-1910.

The girl’s names Júlína and Eivör and boy’s names Antóníus and Tíbor did, however, make the cut, as they were deemed to fulfil the conditions laid down in Article 5 of Act No 45/1996 on Icelandic first names (see below).

The name Úlfdal was approved only as a middle name, on the grounds that it does not have a traditional Icelandic grammatical ending in the nominative case and is not in any way traditional, either as a boy’s or girl’s name. Úlfdal is, however, sufficiently compliant in other respects with the law to qualify as a middle name.

The full text of Act No 45/1996 on Icelandic first names (in Icelandic) can be found here.