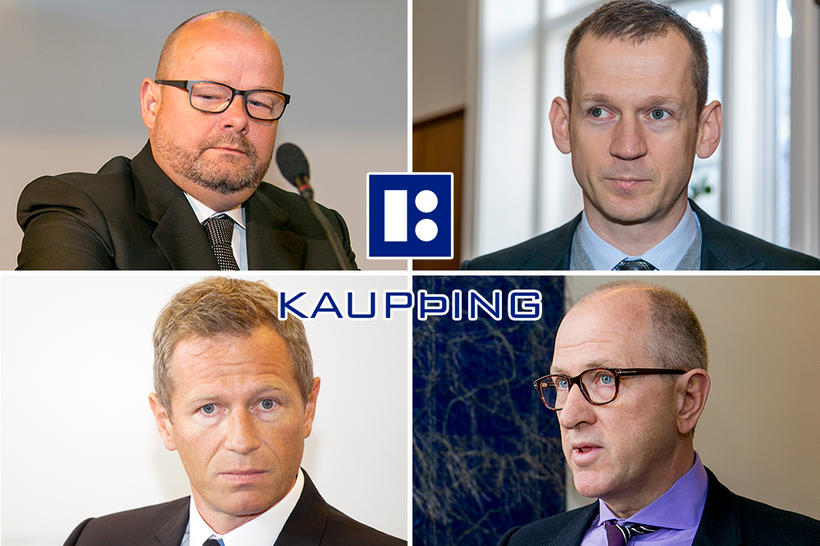 Above on the picture are Sigurður Einarsson and Hreiðar Már Sigurðsson. Below are Magnús Guðmundsson and Ólafur Ólafsson. mbl.is/Kristinn

Today, the Supreme Court of Iceland sentenced the four directors and owners of Kaupthing bank in the Al-Thani case to prison.

The four men were not present at the trial.

Initially, in the autumn of 2008, Q Iceland Finance, the holding company of Al-Thani, was reported to have bought a 5.01 percent share in Kaupþing but later it was revealed that Kaupþing itself financed the majority of the purchase.

The case of the Special Prosecutor’s Office against the Kaupþing four opened in Reykjavík District Court in March, 2012. The District Court found them guilty of breach of trust and market abuse in December 2013.