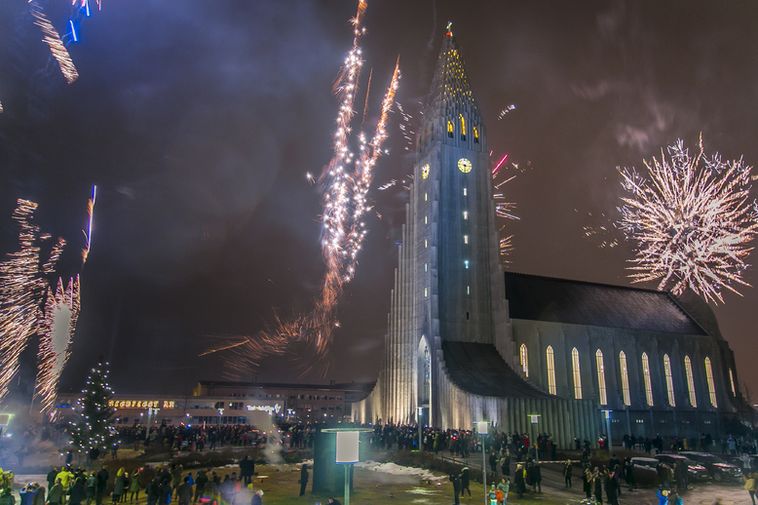 During the firework craziness around midnight in Iceland's capital Reykjavík marking the beginning of the new year and the departure of the old one Andri Valgeirsson sent his drone up in the air to capture the spectacle on video. The video, which offers a good view of the firework frenzy, can be watched below.

Hundreds of tons of fireworks are sold to the public before New Year's Eve every year and then fired into the air from the streets or other public places. Or people's lawns and backyards. Many people also attend large bonfires organised in specific places.

By tradition this also takes place in the evening of New Year's Day although in much less quantity. The same goes for the evening of January 6 which marks the end of Christmas in Iceland.