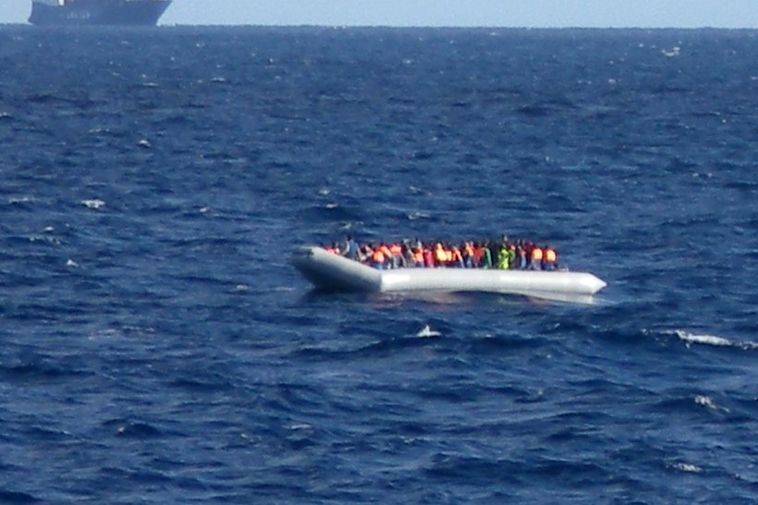 Týr is now transporting the refugees to Italy. Photo/AFP

The crew of Icelandic coast guard ship Týr saved 408 refugees from a cargo ship yesterday. The cargo ship was situated 165 seamiles from Malta and sent out an emergency signal yesterday morning.

Patrol aircraft were able to pinpoit the cargo ships location and arrived there at 11 a.m. Four members of the crew went on board to assess conditions. No crew was present onboard and therefore the crew members of Týr sailed the ship ashore where the refugees were tended to.

The engine of the cargo ship broke down soon after so the refugees went onboard Týr and a decision was made to  transport them to a harbour in southern Italy, to which they are sailing now.

This is the second time in the space of a week in which the crew of Týr saves a large group of refugees in the Mediterranean. Last week the crew saved 390 people from another cargo ship.