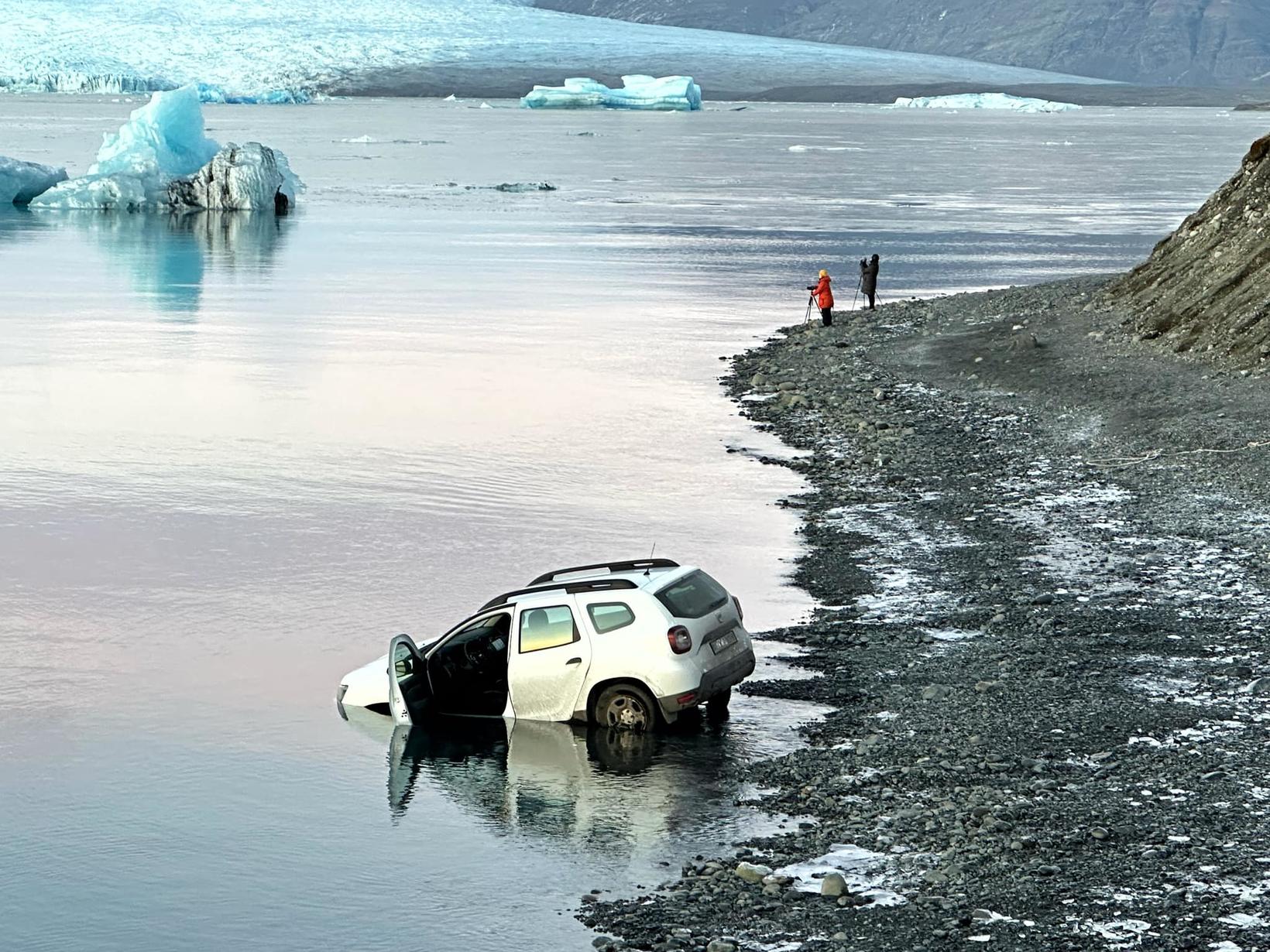 You can never be too careful when it comes to motor vehicles. Photo/Tómas Ragnarsson

“I was there looking for a missing person, one of those without a watch, and had driven the whole group over to the beach and then went back to look,” says tour guide Tómas Ragnarsson, a BusTravel Iceland guide, of the incident of a woman, a visiting tourist, who barely managed to get out of a vehicle at Jökulsárlón on Breiðamerkursandur in the fourth hour yesterday before the vehicle plunged down a steep hillside off the park and into the lagoon.

“I can’t find this person anywhere and just start taking pictures, but then I hear something happening behind me, turn around and I just see the girl pulling along with the car and somehow half out of it,” continues Thomas, who later revealed that the driver had accidentally started the car in gear, so she got off.

Waded into the lagoon

"I threw the phone away, a brand new phone, and sprinted to her, and am about halfway through when she is able to free herself from it and the car just continues forward, pushing some pole in front of it," says Thomas. 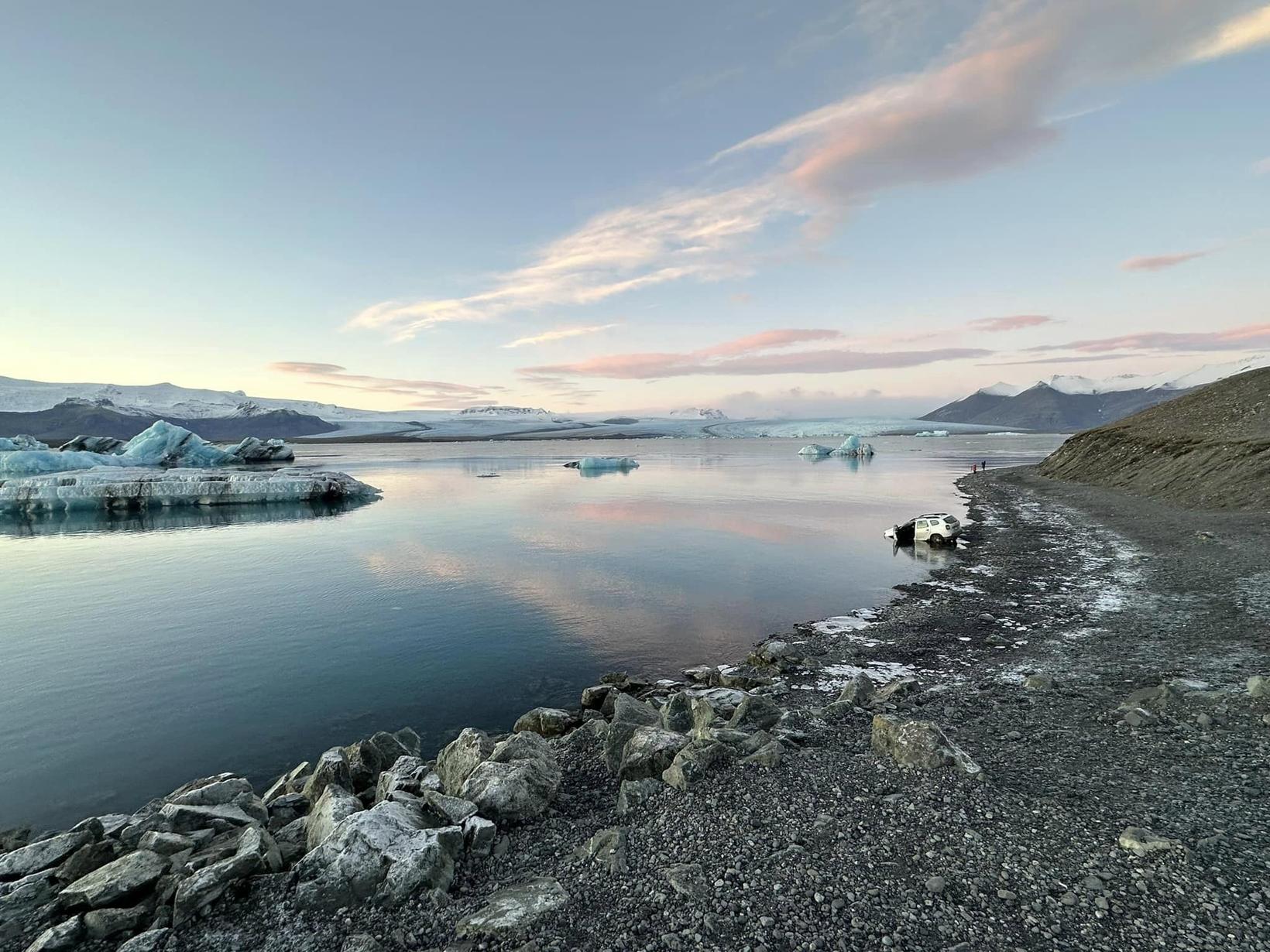 Jökulsárlón was spectacular yesterday even with the car halfway in the lagoon. Ljósmynd/Tómas Ragnarsson

“I waded into the lagoon,” says the guide, who planned to try to save the vehicle and get it on dry ground,“ and it was falling in, and I was at least going to try to kill the motor so they wouldn’t have to pay for damages to it as well,” he tells us. “Then I saw the car was in gear and handbrake so it was no wonder it went down the hill lazily, like a tractor. ”

It turned out to be impossible to try to back the car up from the lagoon, the tires of the vehicle didn’t grip in the sand, and Thomas had to abandon the rescue mission, besides he was working with a group of tourists waiting for him.

“I saw that there was an army of people around them so they’ve been helped and I guess some first responders would be called out to get the car onto dry ground,” concludes the tour guide Tómas Ragnarsson about the Jökulsárlón glacial lagoon incident, which went better than expected and serves as a reminder that you can never be too cautious when it comes to motor vehicles.