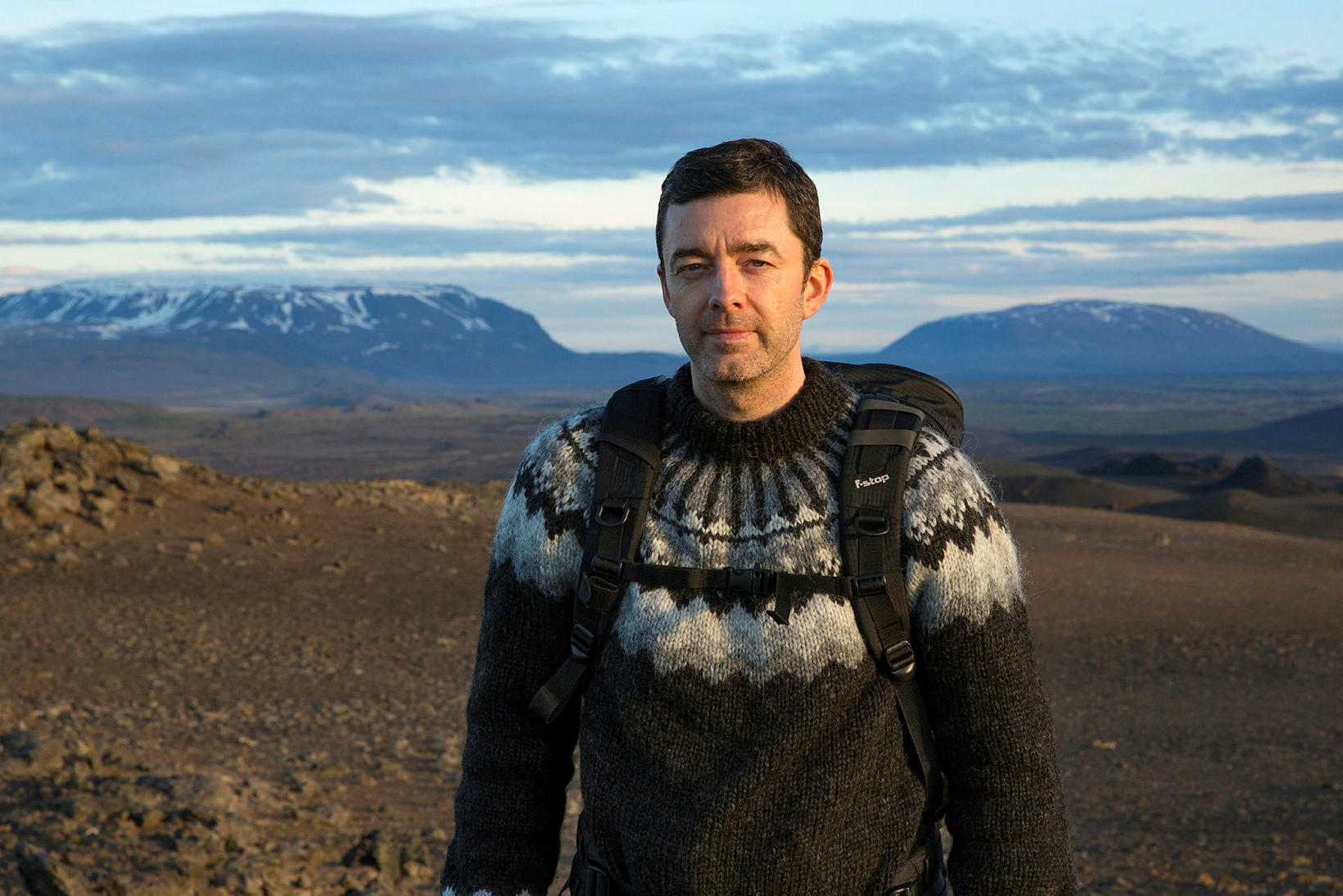 The naturea photographer Daníel Bergmann recently published his book, Fálkinn,but here he documents photographs he has taken of falcons for over 23 years.

“I started photographing birds seriously in 1999. I had always been interested in birds, but it had been laying dormant for quite some time. But at that time the interest just resurfaced and there was no turning back. When you spend hours and hours with birds, like photographers have to do, the fascination comes back. I applied for a permit in 2000 to photograph both eagles and a falcons,” says Daniel Bermann. With permits in hand he went out with his gear and set up close but in safe distance from a falcon nest. 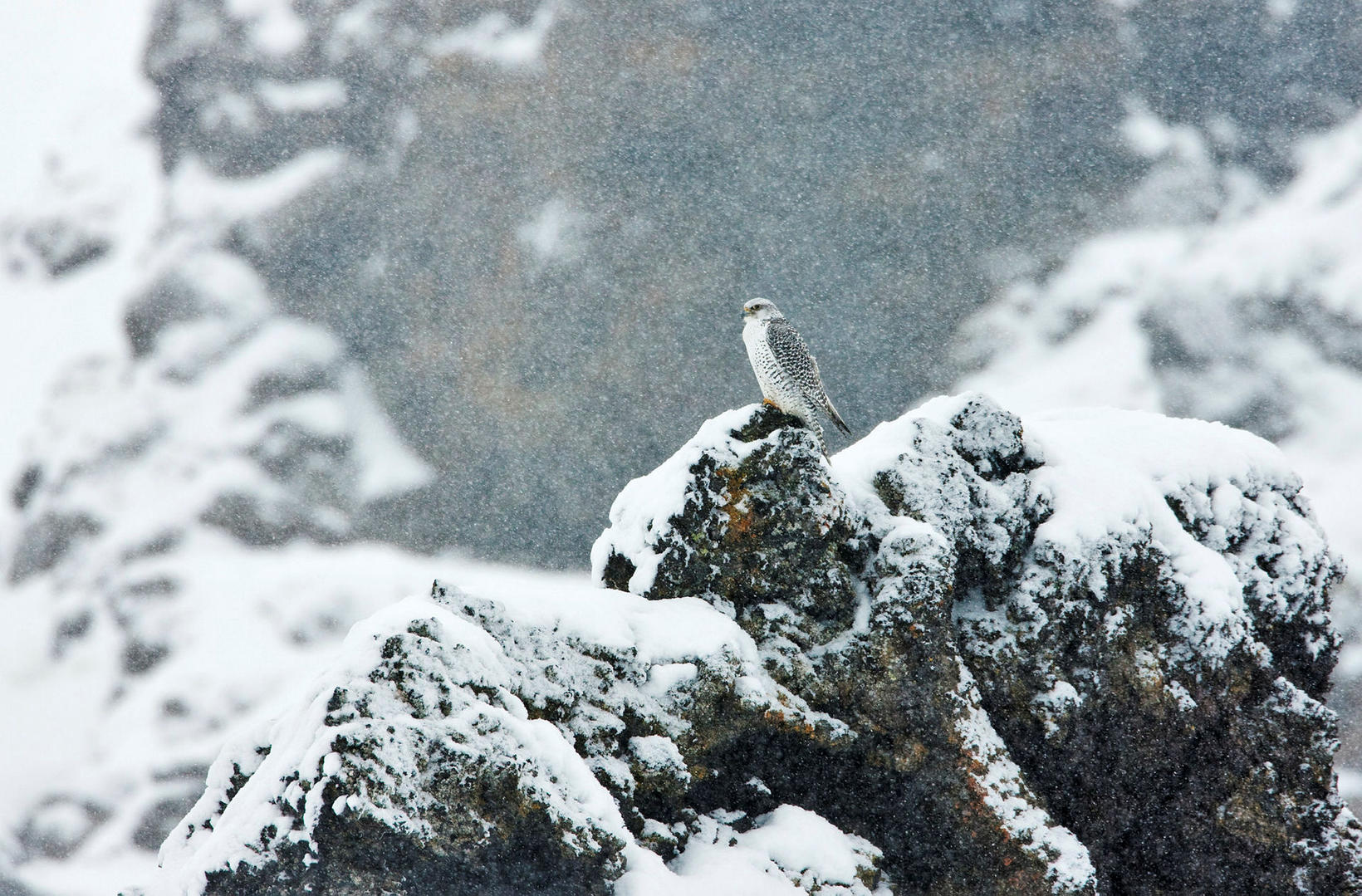 Daníel photographs falcons all year round. Here is a picture of one in the midst of winter. It is no small feat to capture the moment waiting motionless in an icy cold camouflage tent. Photo/Daníel Bergmann

“I set up a camouflage tent and sat there for a few days and got some excellent pictures, but my first falcon images appeared in Morgunblaðið in the fall of 2000,” says Daniel. He decided not to publish most of the falcon images because he wanted to present them together when he had a complete work.The result can now be seen in his newly published book, Fálkinn, or The Falcon.

Stayed in a tent for ten hours

The amount of time and effort that goes into one good photograph of a falcon varies, according to Daniel. 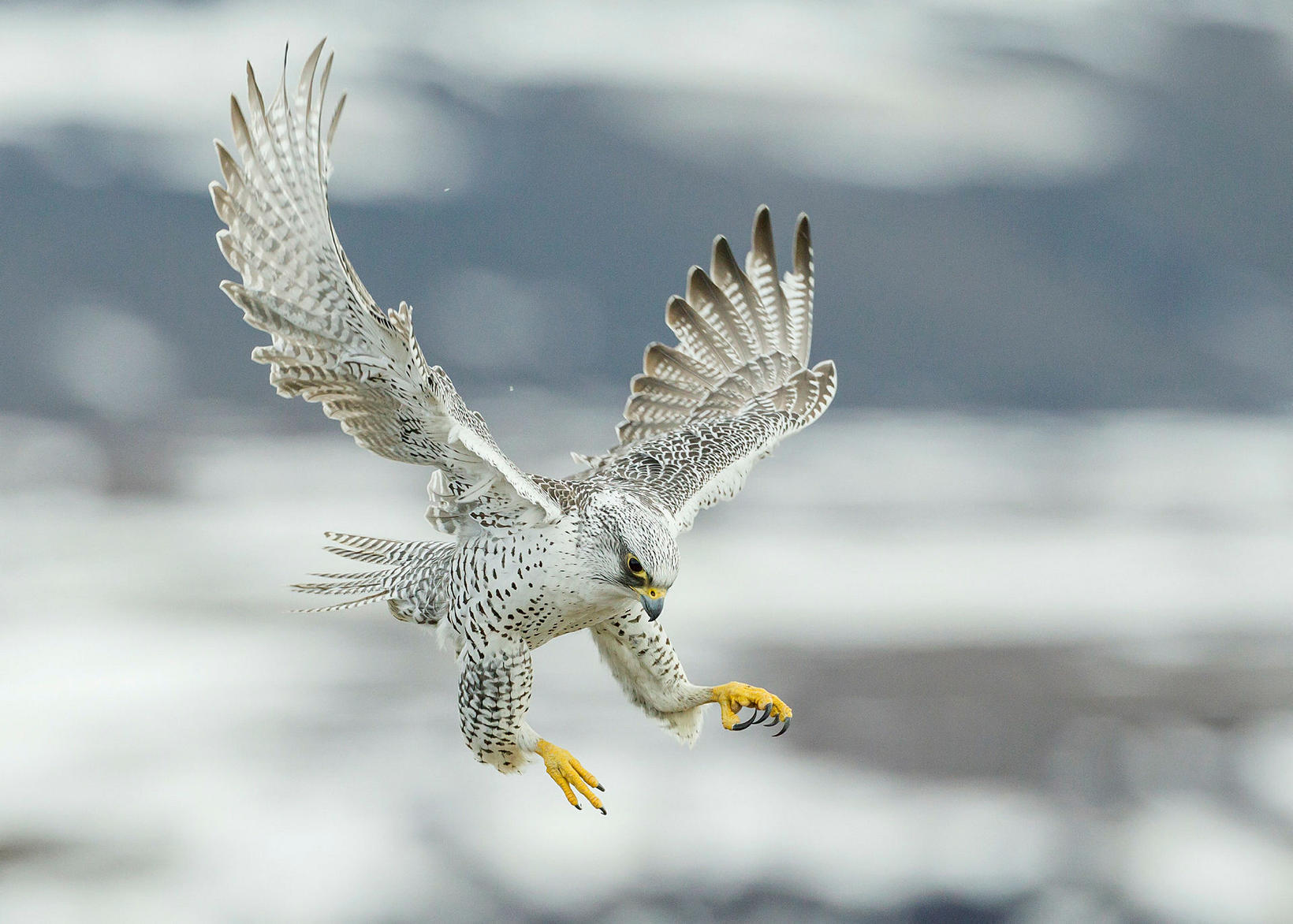 Falcons are majestic birds of prey and the "cool cats" of the bird kingdom. Photo/Daníel Bergmann

“When you are watching a nest in a camouflage tent, you often have to wait for hours. This is far from being the most fun you can have. You cannot read a book or do other things, because your focus needs to be on the nest all the time. It’s just sitting still and breathing in and breathing out. This is not an issue in the summer, but it can be freezing in the winter,” says Daniel. He says he always knew that if he wanted to present the overall life of the falcon he would have to photograph it in winter as well. 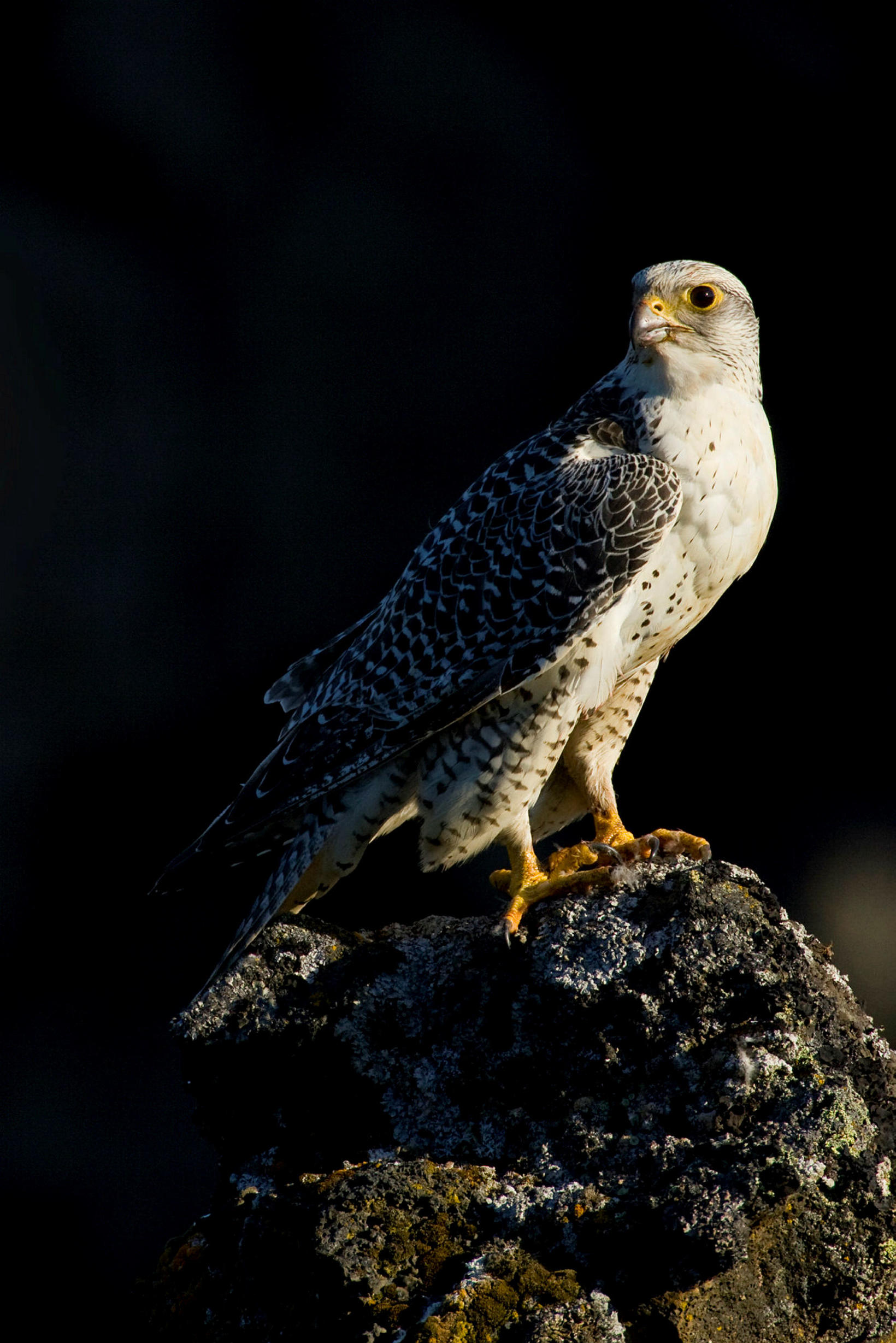 This falcon looks like he is posing for the photographer. It might still, have taken hours to capture that moment. Photo/Daníel Bergmann

“I went to the Mývatn district, where I knew about falcon areas and set up camouflage tents,” he says, but during winter it’s harder to get the birds to stay in one place.

“The cold can go down to ten, fifteen degrees below zero. It is not easy to sit in the cold from six to ten hours absolutely still. The best time to leave the tent is at dusk and come back at dusk.“

“Absolutely! And then you can keep warm by breathing in a special way, and also to keep your attention focused. Of course, you sometimes lightly fall asleep and there is nothing to be done about that. Once I sat there for three days and it wasn’t until day three that I caught some pictures.”

Daniel mentions that birds of prey are his favorite.

“There is something exciting about birds of prey. They are at the top of the food chain in the bird kingdom. They are both beautiful and cool; they are cool “cats”!”