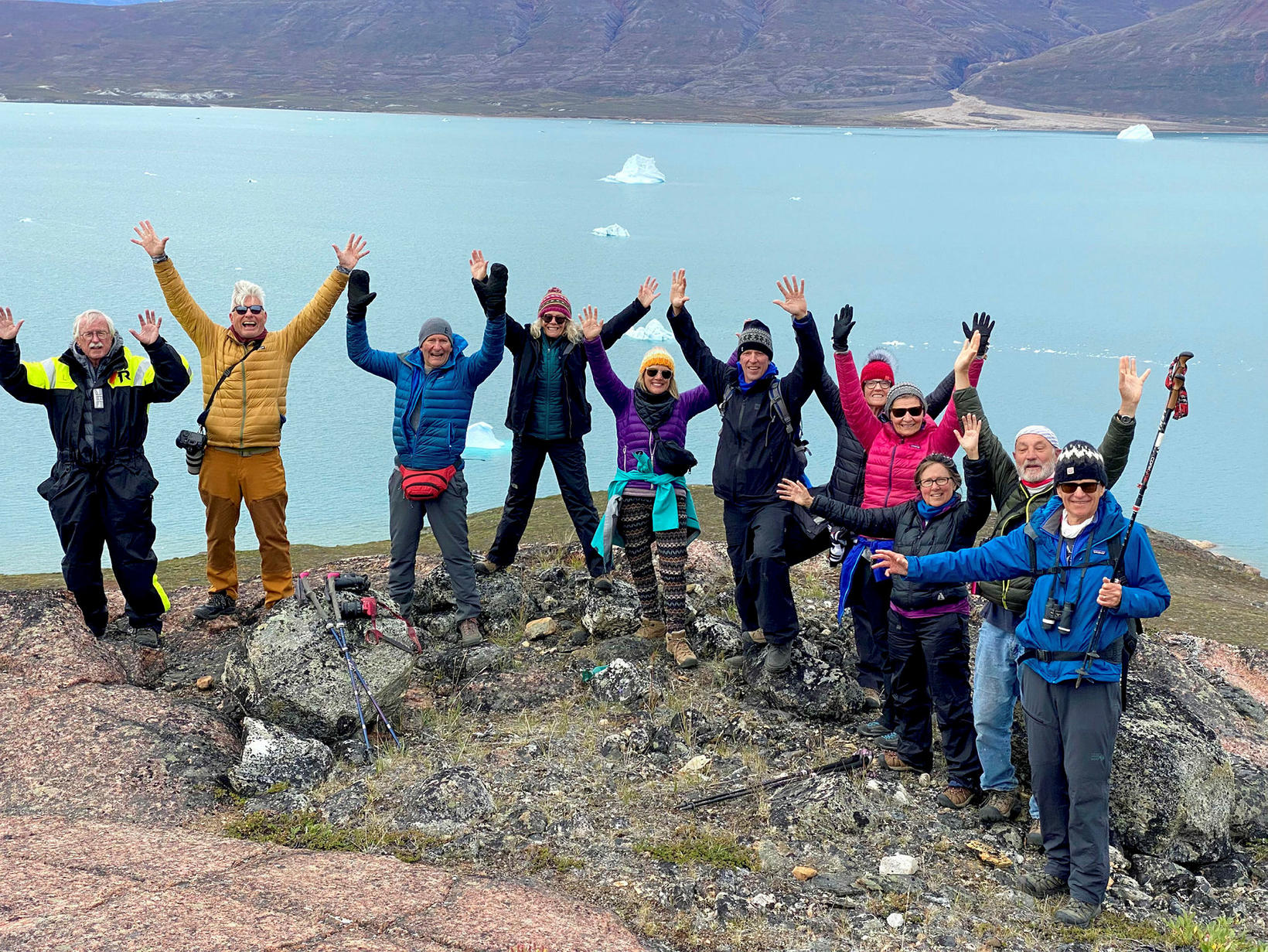 The American Richard Burns waited for eight years to go sailing in Scoresby Sund in Eastern Greenland, but the trip was worth waiting for. Photo/Richard Burns

The American orthodontist Richard Burns and his wife Cindy waited for eight years before they were able to go on a cruise with North Sailing to Scoresby Sund in eastern Greenland. They went on the trip this August with a group of ten people and Burns describes the trip as absolutely out of this world.

„This journey to Greenland and being on the ship combines everything that I love about travelling. Beautiful scenery in far away places, different way of travelling with an amazing crew and guides and the opportunity to share this experience with a group of people who are as enthusiastic as you about learning about foreign places. This was an outstanding experience for the daring traveller,” says Burns. 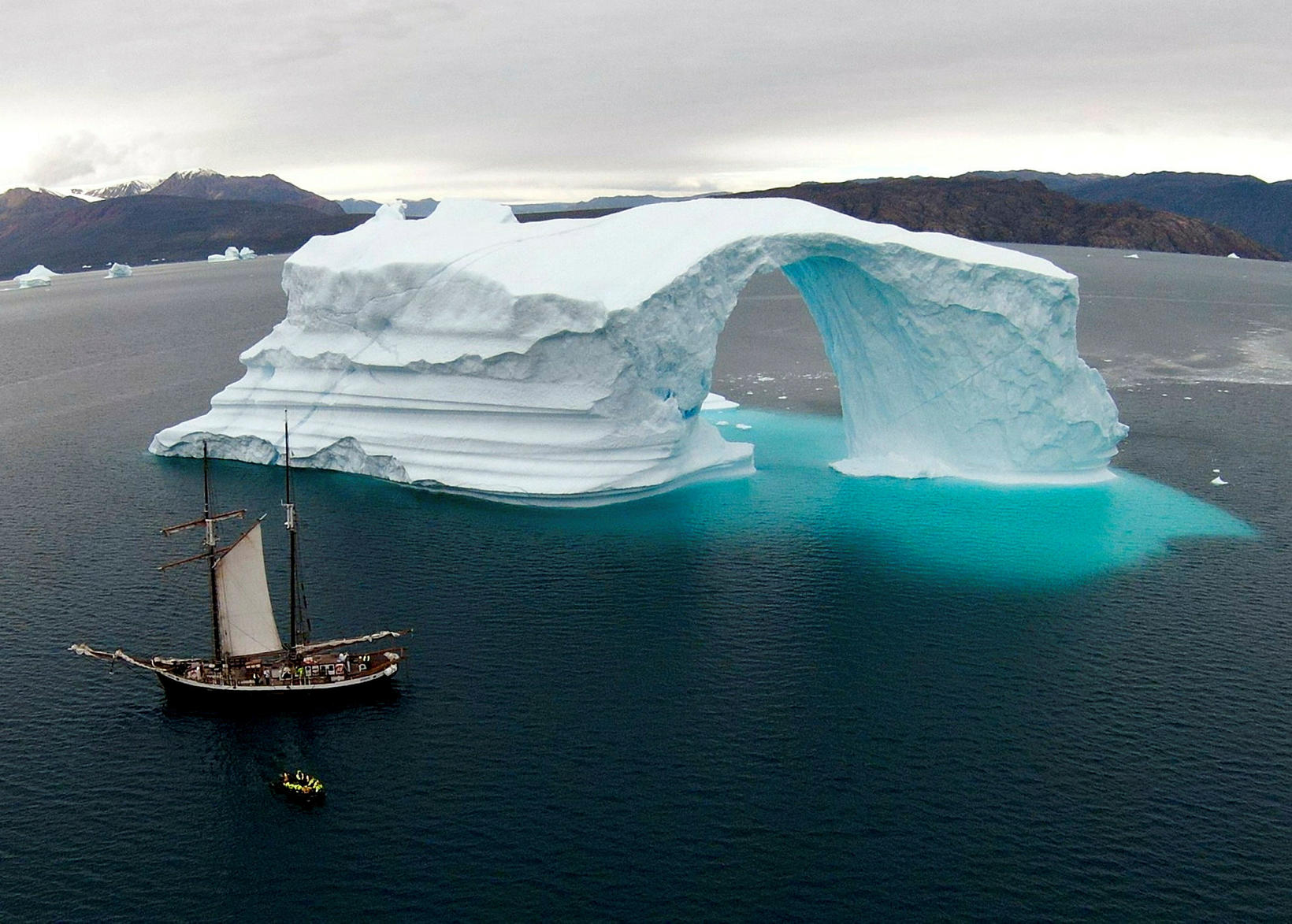 Ópal is a two masts schooner and was built in Damgarten in Germany in 1951. North Sailing bought it in 2013 and has restored it to its former glory. Photo/Richard Burns

Burns came to Iceland eight years ago and then him and his wife went hiking in the highlands, a trip he says was also a revelation. Their guide in Iceland told them about North Sailing going on these Greenland trips to Scoresby Sund and Burns started to read up on the area and realized that going sailing in Scoresby Sund would be the perfect trip for them.

He booked a trip for a 12 people group and the plan was to go in 2019 late in the summer and the group was already in Iceland when the trip had to be cancelled due to unforeseen causes. 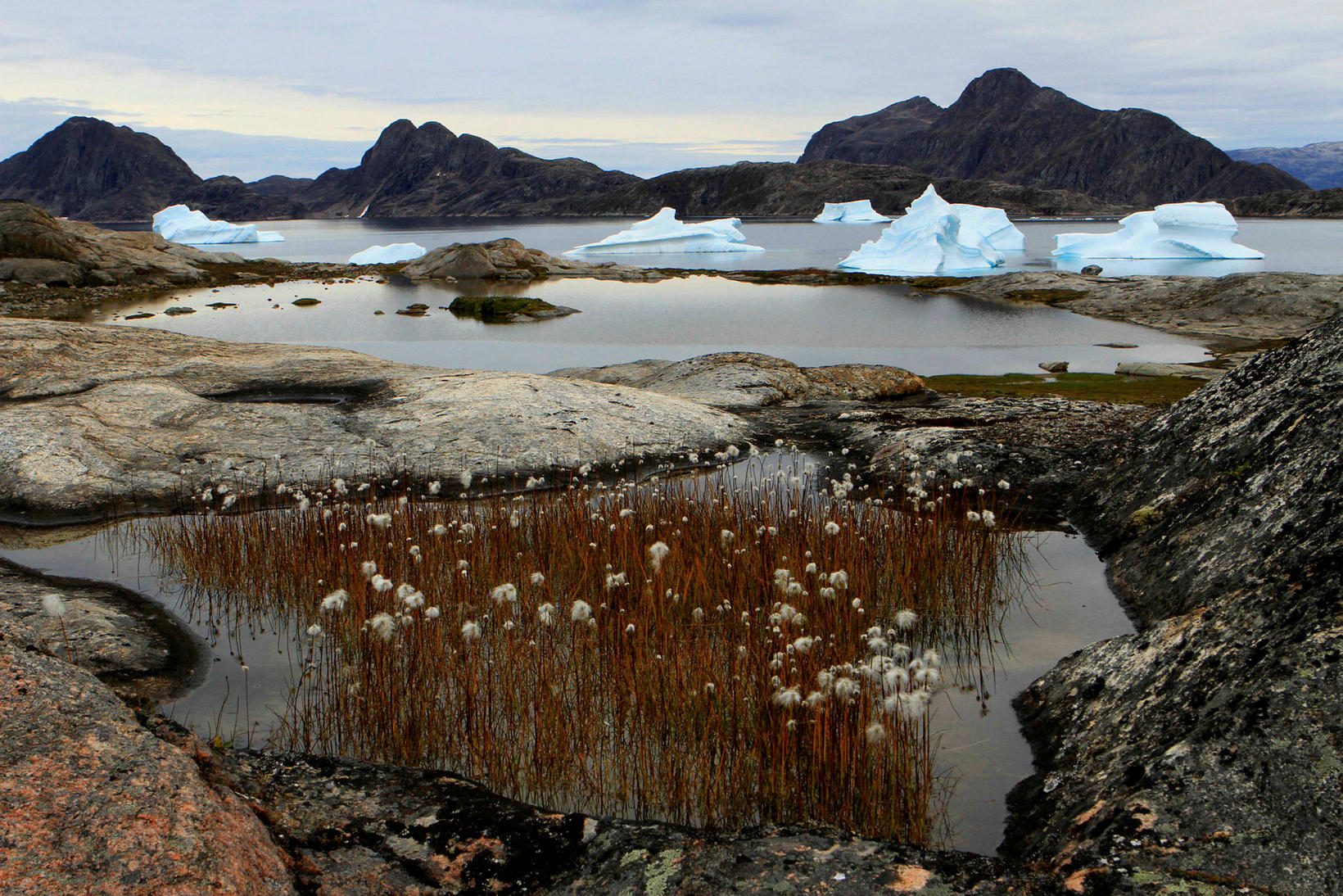 In the fjords of Scoresby Sund are icebergs of all shapes and sizes. Photo/Richard Burns

The North Sailing trips to Greenland have been very popular for the last ten years. Now they sail in July, August and September every year. Three sailboats are used for the trips to Scoresby Sund, Ópal, Hildur and Donna Wood.

“We went home and booked a trip the following year, but it was cancelled because of the Covid pandemic. Then we managed to move the trip to August 2022, so it took us basically eight years to get to Greenland. I was worried we wouldn’t make it until I set foot in the sailboat Ópal,” he says. 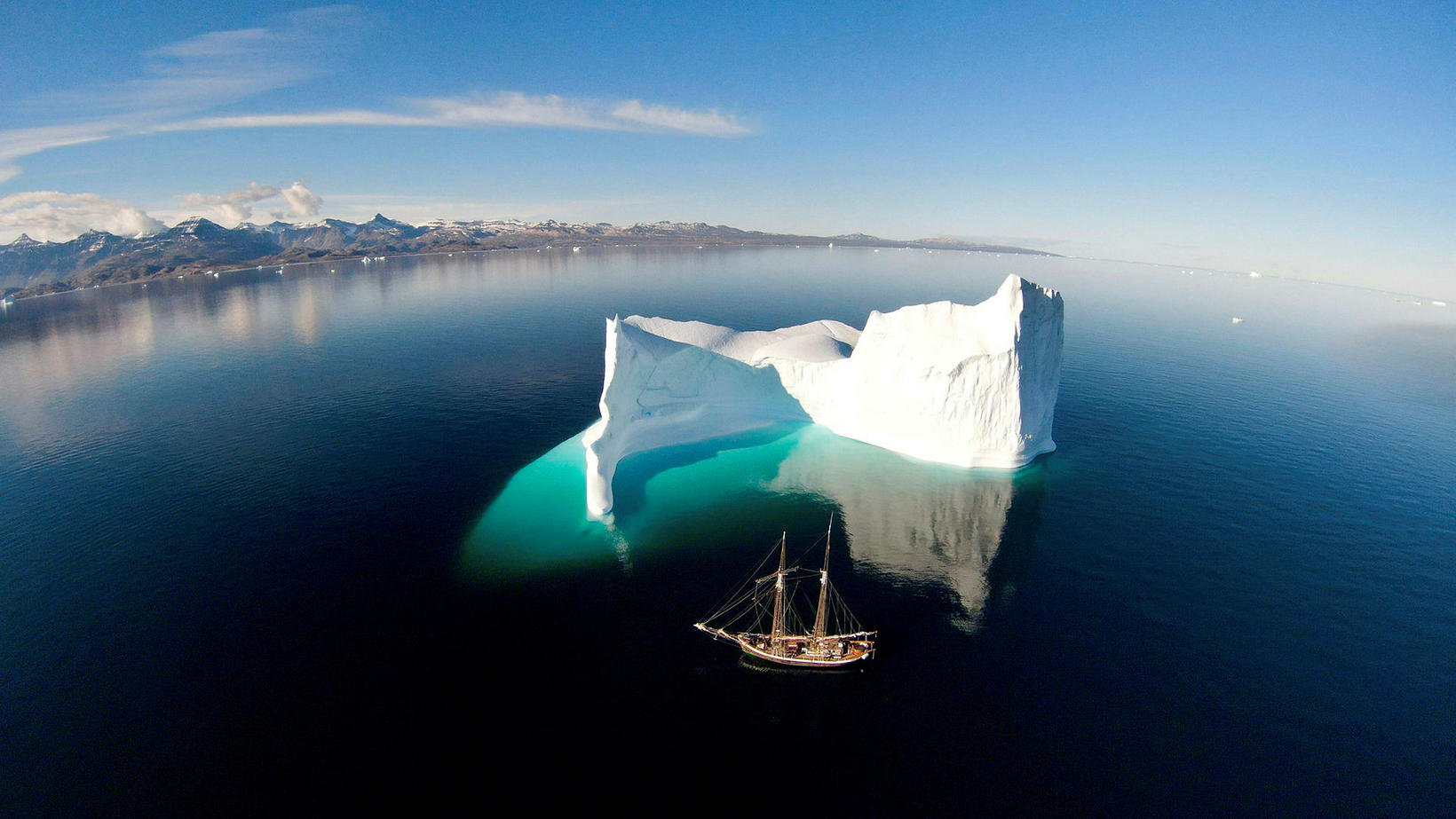 The deapth of Scoresby Sund came as a surprise to Burns, but many of the fjords are very deep which is the reason why the icebergs can float from there easily. Photo/Richard Burns 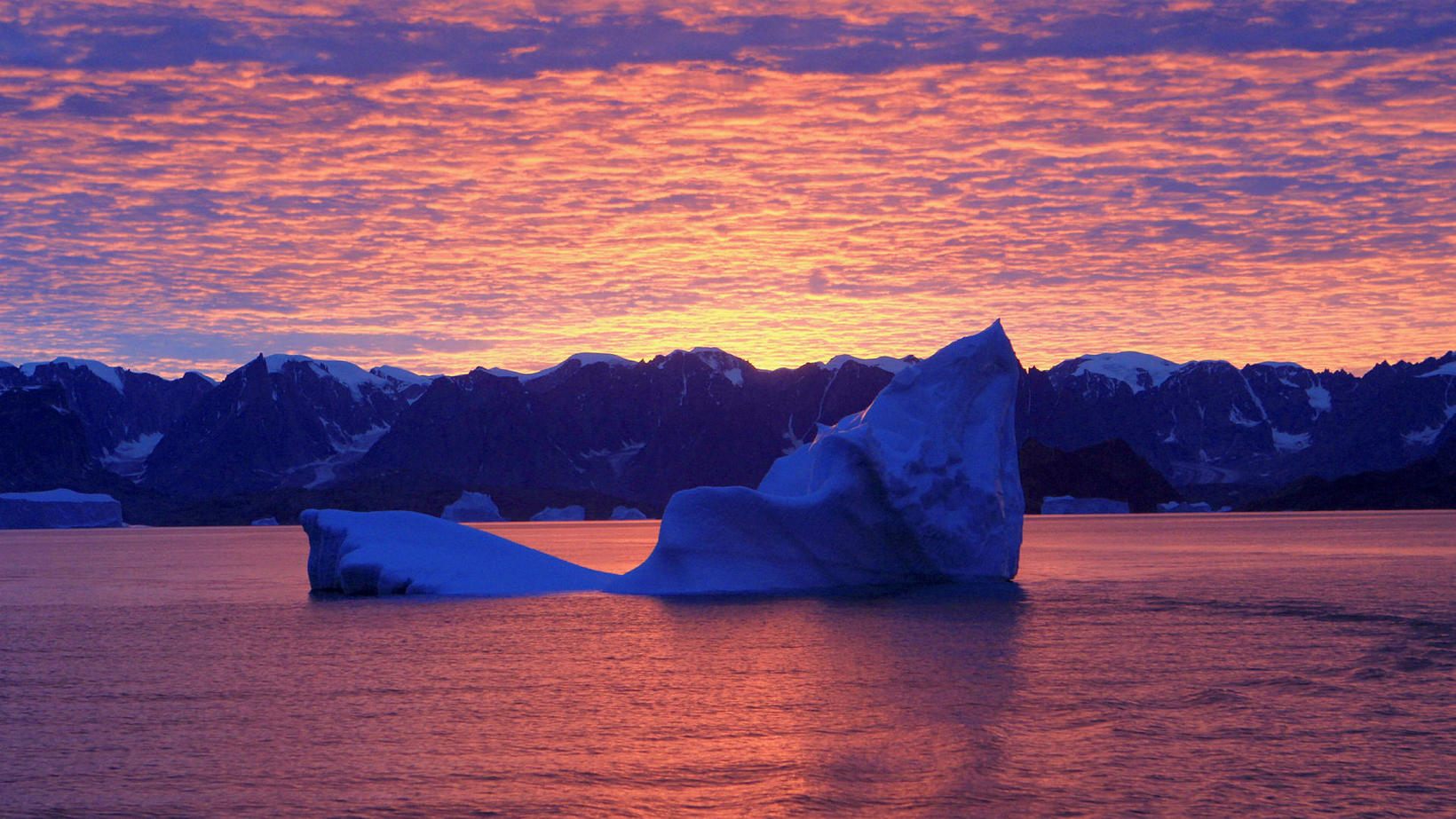 The sunsets late in the summer are out of this world. Photo/Richard Burns

The sailing in Scoresby Sund takes seven days and the schooner sails back and forth through all the fjords of the Sund. “We travelled back in time to the Age of Discovery, when schooners like Ópal sailed the ocean and discovered new unknown lands. We sailed on Ópal through amazing fjords that were full of icebergs of all shapes and sizes. It was a heavenly experience,” Burns says. 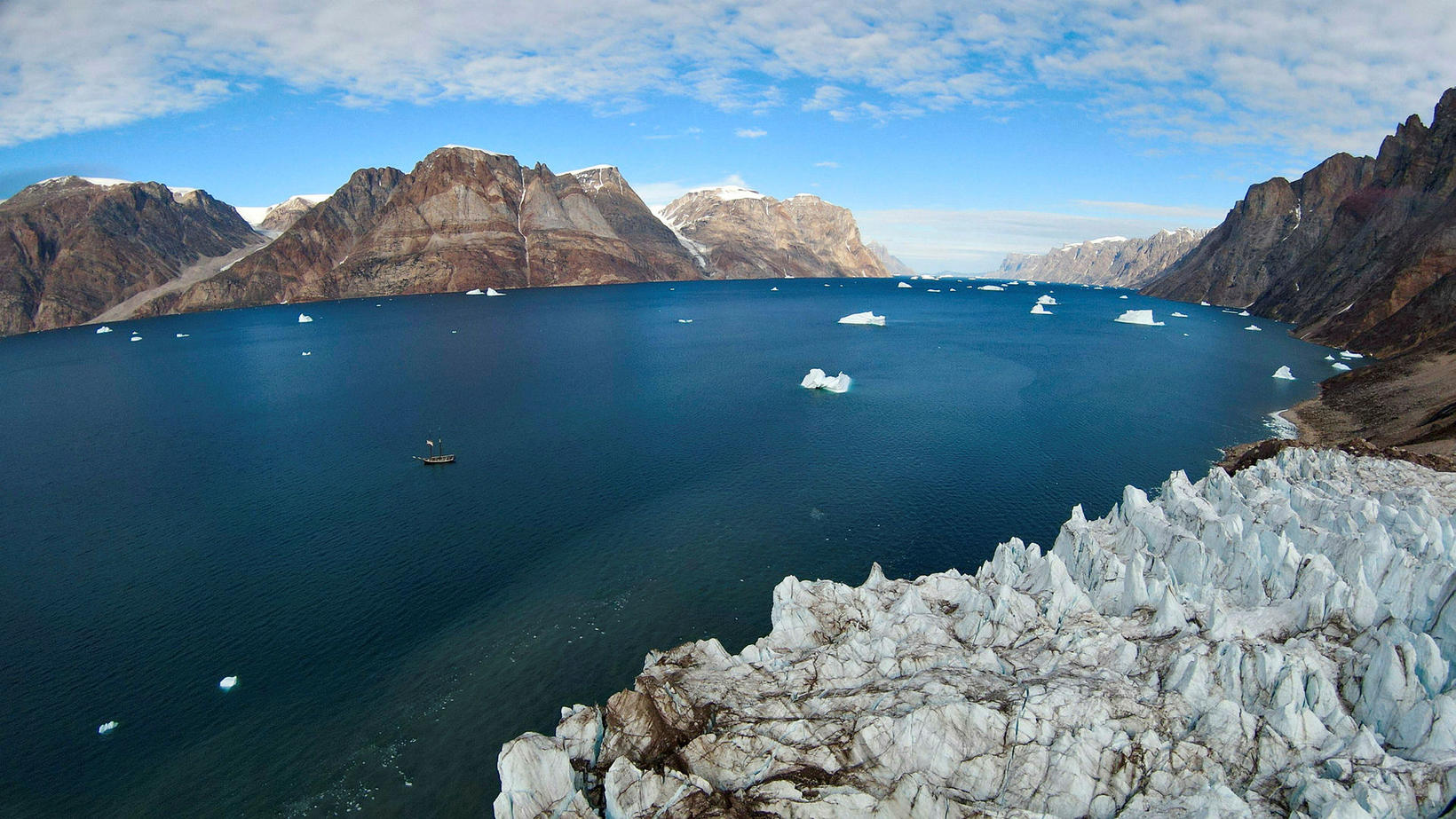 Scor­es­by Sund (Kangertittivaq) is the biggest fjord in the world and it looks like a tree branch on the map. Its length is 110 km (68 miles) and it covers over 38 thousand square kilometers. Photo/Richard Burns

He really enjoyed living onboard the schooner and compares it to living in a really cool clubhouse with your friends. “Ópal is not a big ship, so you realise soon that the cabins are small, but you adjust to it and settle in fast. The dining area, or the main common area of the schooner is a very comfortable space and we had freshly baked bread and great meals every day. Once we grilled on the shore and we grilled many times on the deck.” 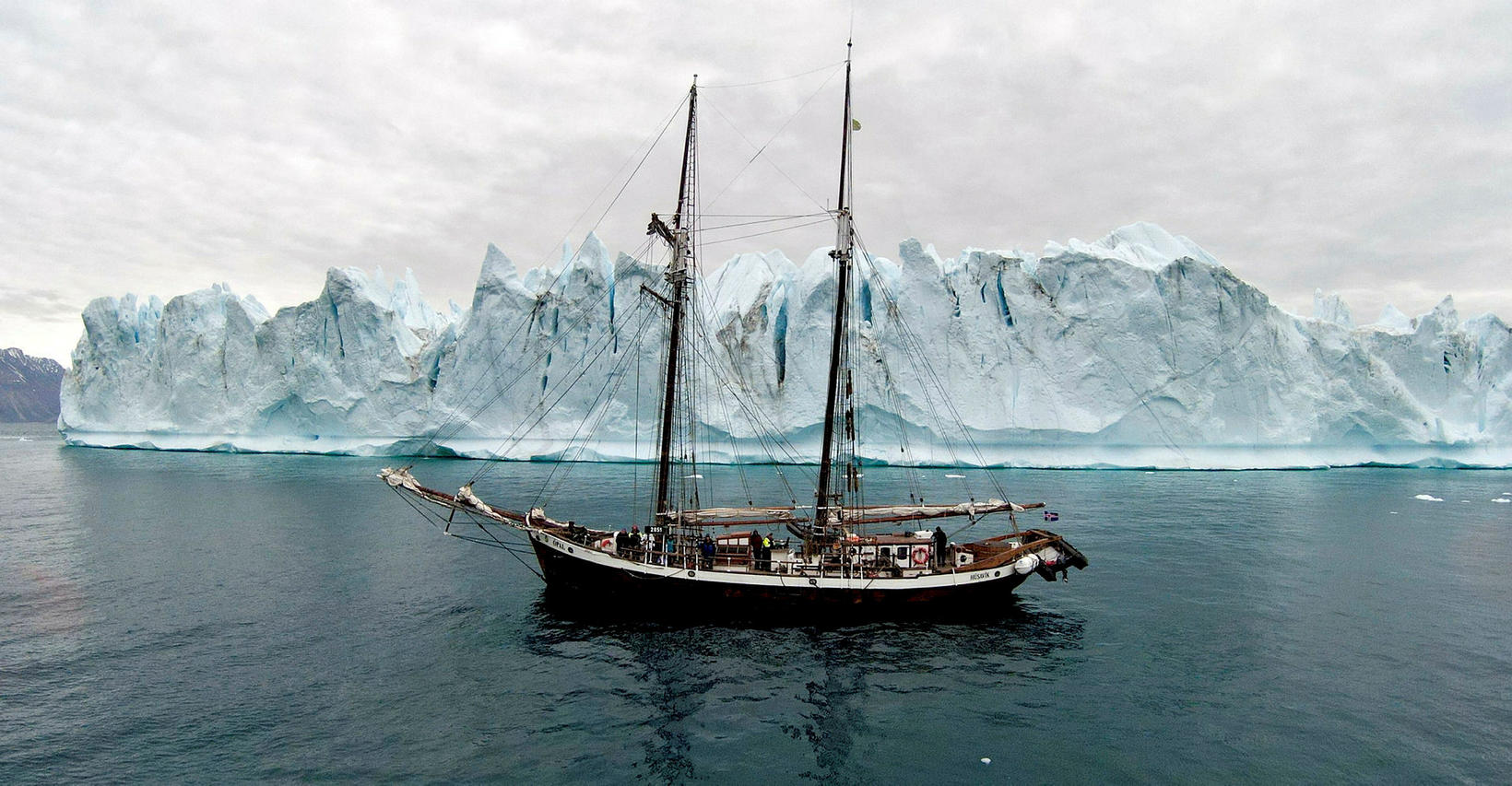 The schooner Ópal is run partly by electricity which makes it a quiet and peaceful ride. Photo/Richard Burns

There is a hot tub on the schooner and Burns says the group bathed in the tub every night. He says the tub was great and a lot of the good memories from the trip were experienced in the tub. “One night,when we had anchored, the crew played the guitar and sang in the common area. I, Norm and Wes were sitting in the hot tub and listening to the music and just taking in the breathtaking scenery,” Burns says. 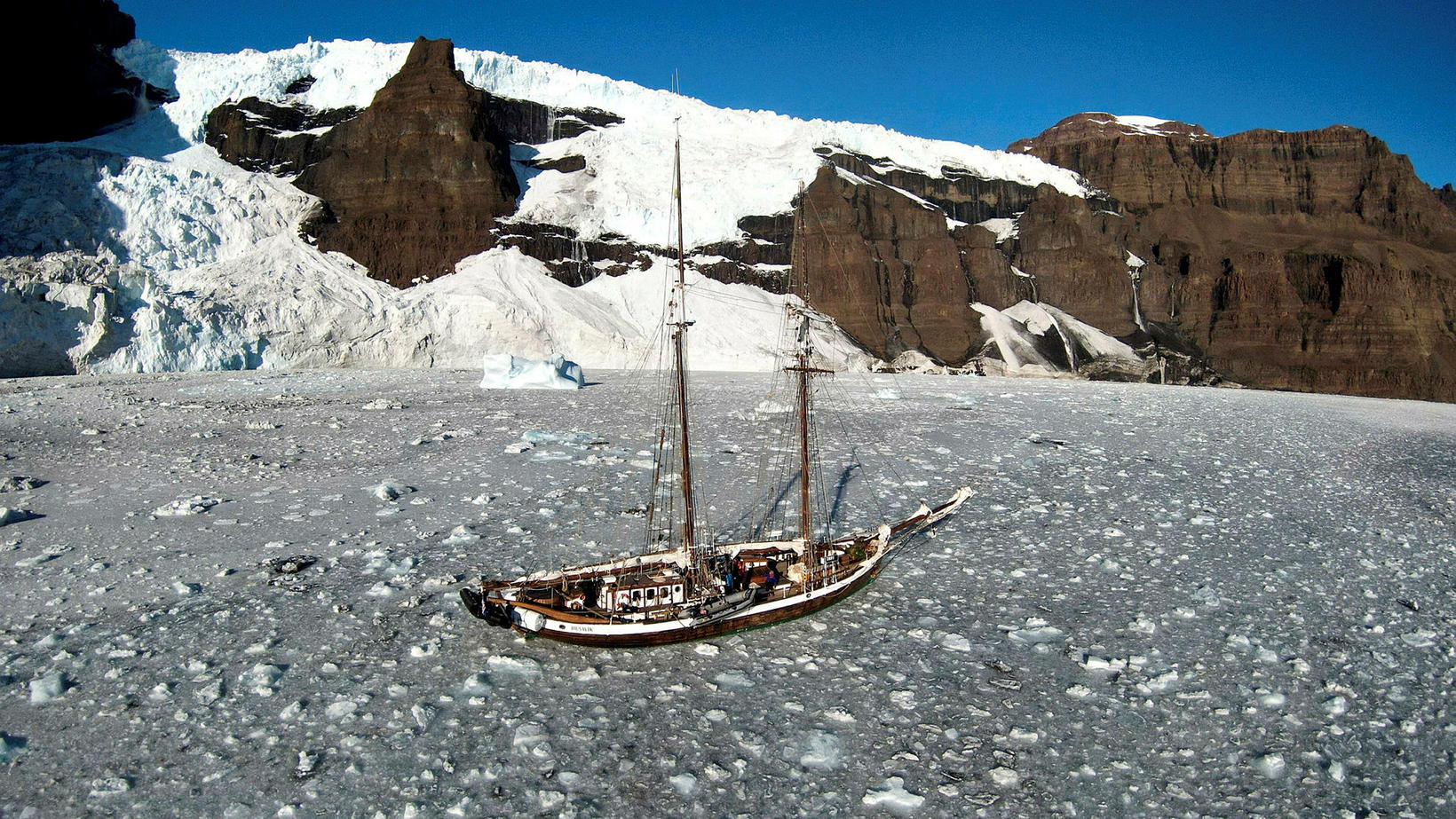 Scoresby Sund is at the 70th degree of latitude, which is the same latitude as romsø in Norway. Photo/Richard Burns

Took a drone to take pictures

All in all there were four people in the crew and Burns is grateful for their good job. “A small crew like that needs to do a lot of things. They sailed the ship, cooked the meals, cleaned, guided us in walks on shore and on the smaller boats, and most of all they because our good friends. That was a huge part of what made this trip such a success.” 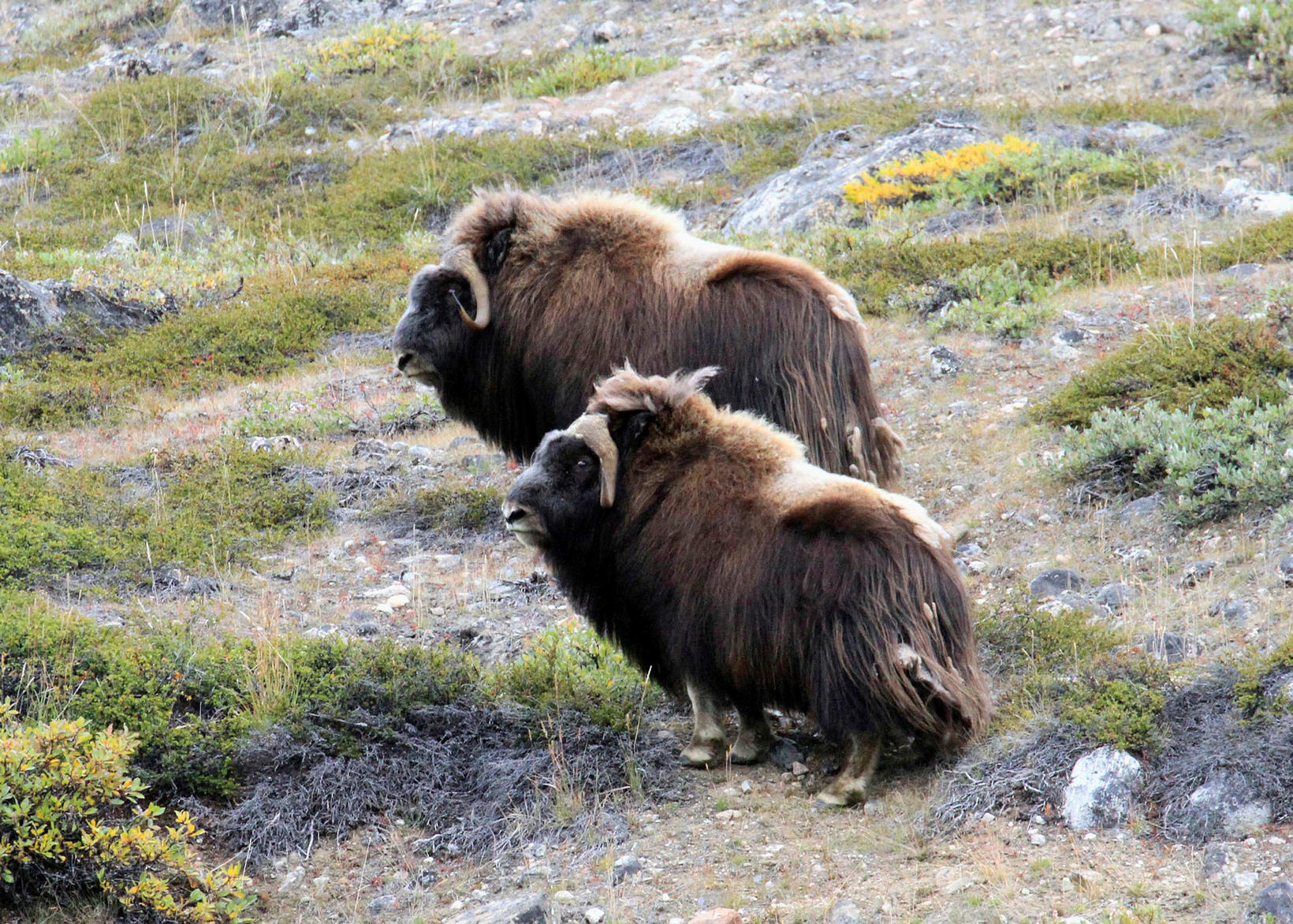 Musk ox on the slopes of Scoresby Sund. Photo/Richard Burns

It is obvious when looking at his great pictures from the trip, that he used a drone. “I read that guests could take a drone with them, and I had already practiced operating a drone in Greenland for three years. I had to make the drone land on the lid of the hot tub every day, and it was a stressful process every single day. I almost crashed it three times at least. But my best pictures from the trip were taken with the drone. Heimir (Harðarson, the captain of Ópal) slowed the pace of the schooner when I was about to land the drone and encouraged me,” says Burns.