The police in the southern part of Iceland reports that the police and ambulance were called to the Health Inistitution of South Iceland in Hvolsvöllur just after 10:30 AM yesterday morning because of a man who had been fly fishing in East-Rangá who had bad burns on his feet and torso after having had an electric current go through him while fishing.

The fishing rod reached up to the powerline above

The man had a very long fishing rod and the top of it seems to have reached up to an electric powerline overhead, but the powerline runs over East-Rangá close to the farm Minna-Hof. Because his fishing rod got into contact with the powerline, an electric current shocked him with aforementioned burns on his body. He was immediately taken by ambulance to the ER in Landsspítali Fossvogur. 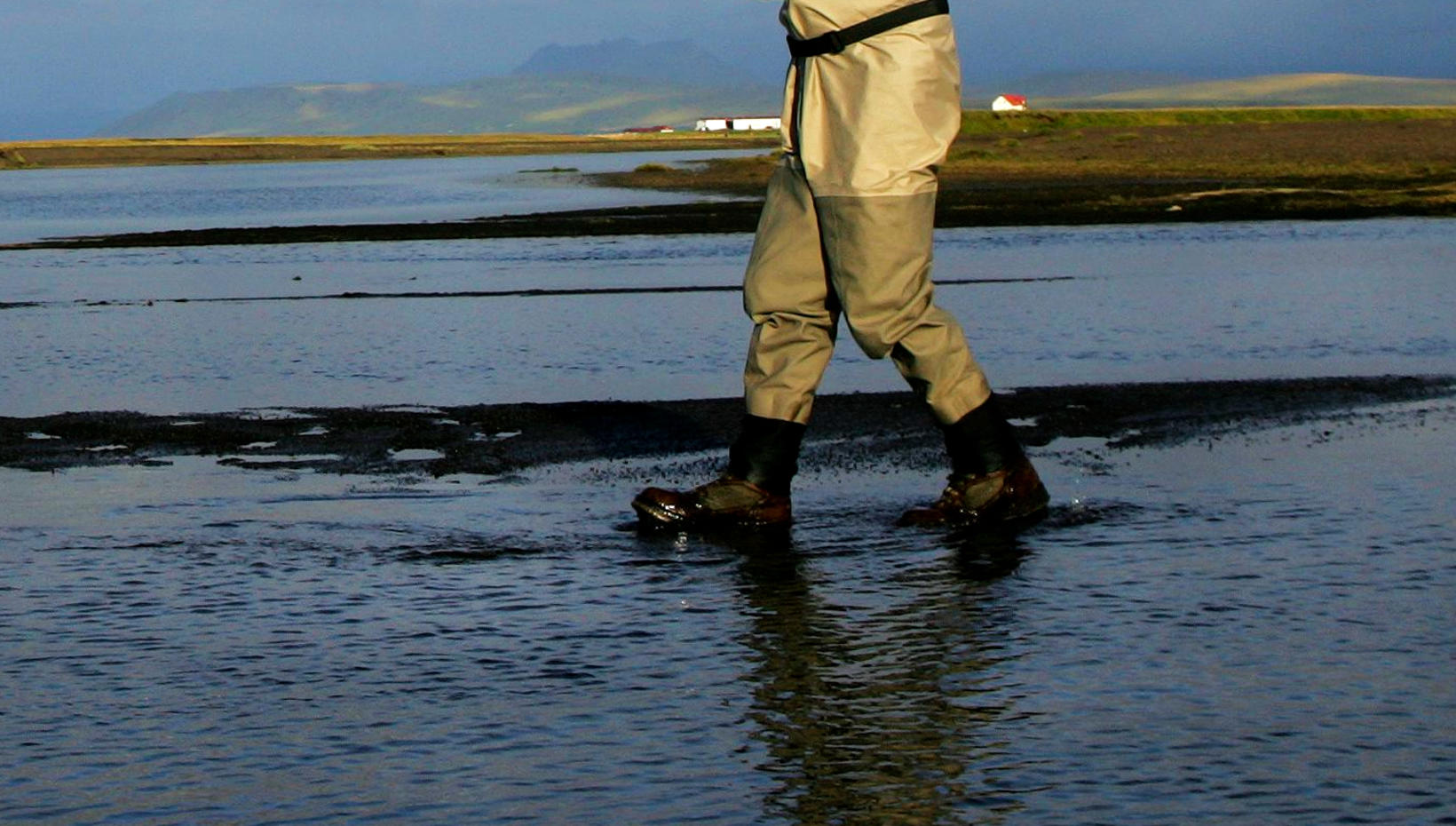 The man who got injured at East-Rangá is a seasoned angler who has fished in the river before. mbl.is/Einar Falur

"I do not remember ever seeing anything like this"

The man is a foreign tourist in his sixties, who was here on a fishing trip in a group of 14 anglers. Gunnar Guðjónsson the leading guide in the area says to mbl.is that this the man and the whole group are seasoned anglers, who have often fished in East-Rangá before, but they were with another guide when the accident happened.

He adds that the powerlines cross the river overhead in a few places, but stresses that this was simply a horrible accident.

"I have seen men fishing throwing something that touches powerlines, but nothing happens," he says to mbl.is, but adds that in this case it was the very tip of the fishing rod itself that made contact with the powerline with the consequences that the man had an electrical shock. The rod was made of some kind of graphite material that is very sensitive to electric currents. "I do not remember ever seeing anything like this," he says. 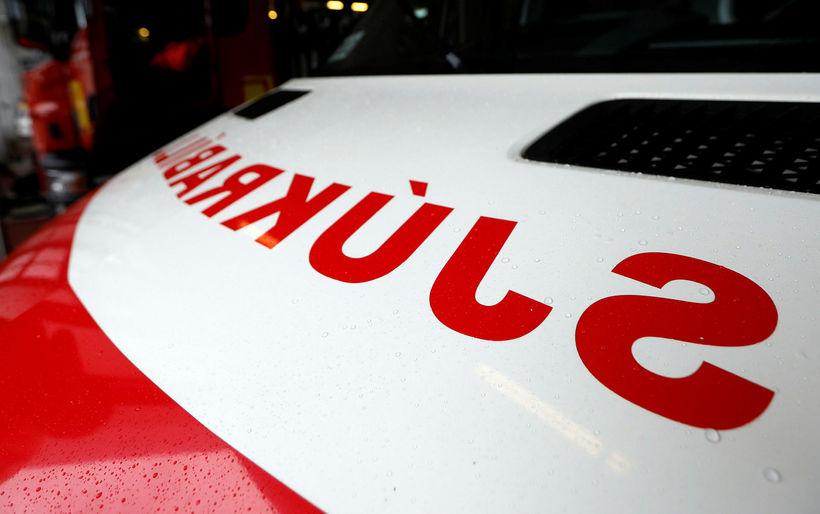 The man was taken in an ambulance straight to the ER in Landsspítali, Reykjavík. mbl.is/Eggert Jóhannesson

The man was taken straight to the ER

The ambulance was called immediately, but it so happens that one of the members of the group is a doctor and he was assisting his friend while they waited.

The injured man was conscious when the ambulance arrived and he was driven in a priority to the ER of Landspítalinn in Fossvogur, Reykjavík.

The police were still working the scene when this is written, and there were no further updates on the angler's condition.