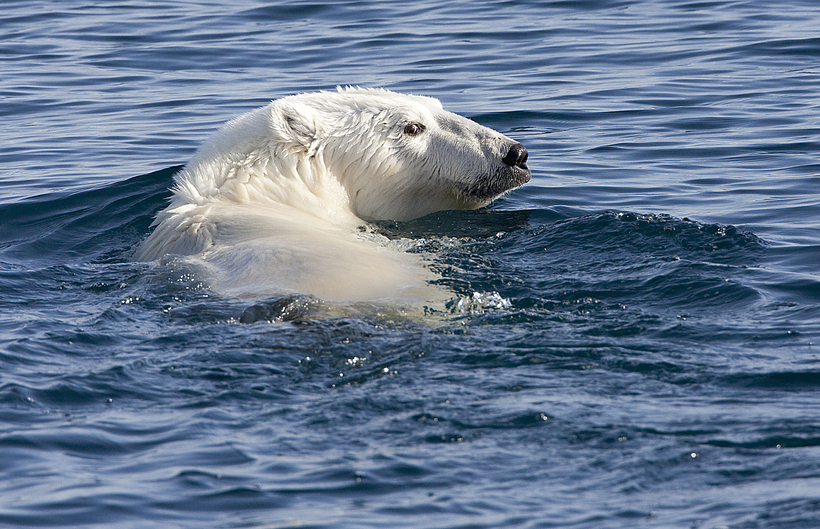 A polar bear swimming in the sea.

The Coast Guard helicopter was called out yesterday because of suspicion of a polar bear having reached land in Hornstrandir. The helicopter flew to the Westfjords but returned after not finding any signs of polar bears in the area.

Gylfi Þór Gíslason, an officer of the police in the Westfjords confirms this in talks with mbl.is.

"There were foreign tourists in the area who thought they had seen a polar bear, but thankfully it looks like it wasn't the case." 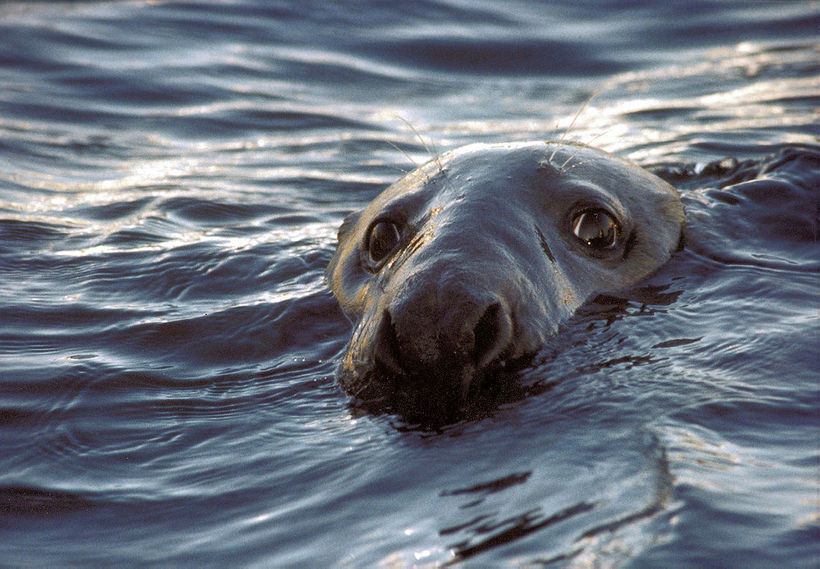 Gray seals are one of the species of animals which are in danger of extinction.

As it turns out, the polar bear was actually a big white gray seal, which was later reported by the police in the Westfjords.

The tourists, who thought they had seen the polar bear, were hiking in Hornvík earlier yesterday morning. They thought they saw a polar bear in the area, but what they saw was the white gray seal. 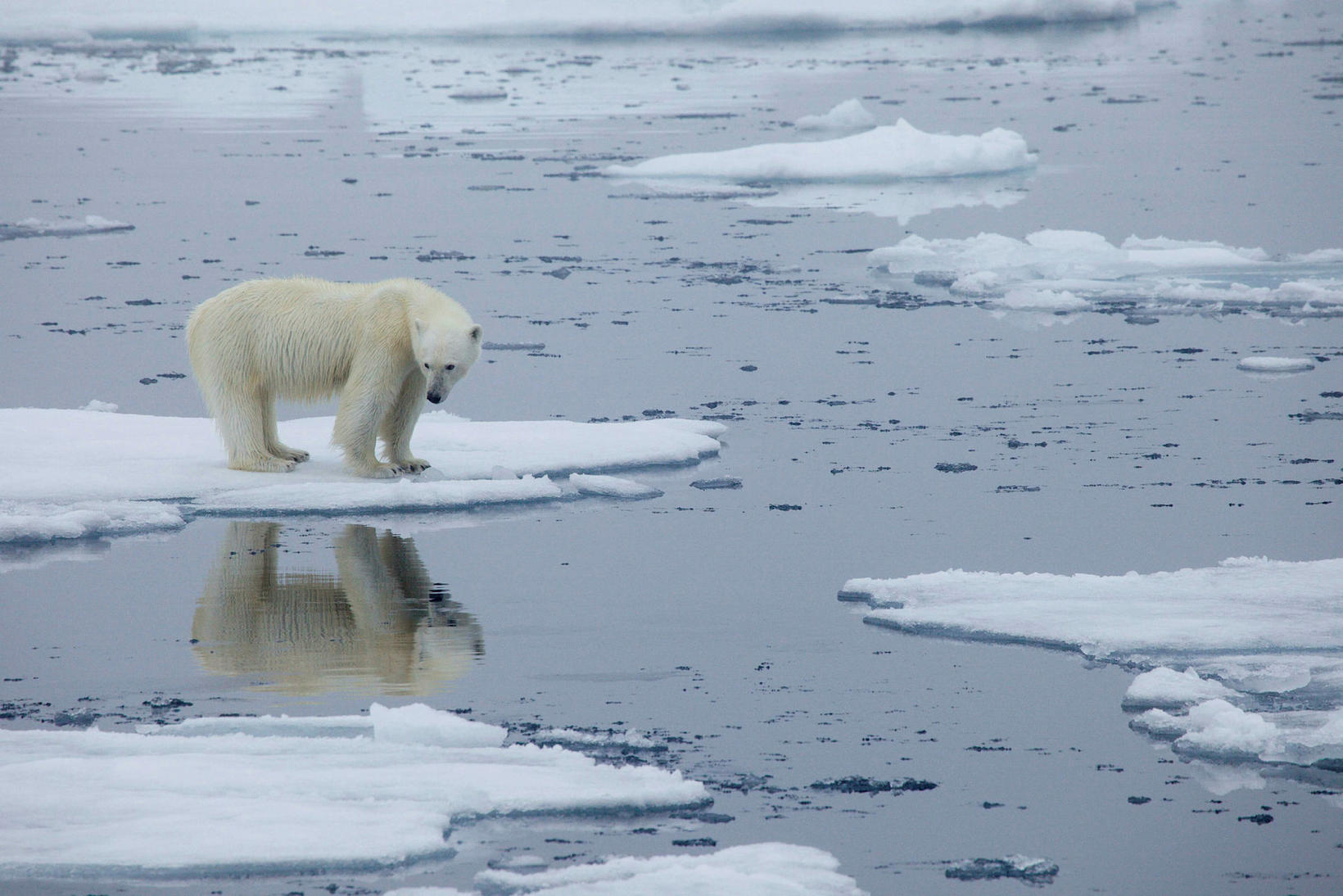 Polar bears are very dangerous when they take land, so no wonder the tourists called for help when they thought they were in the vicinity of the animal. AFP