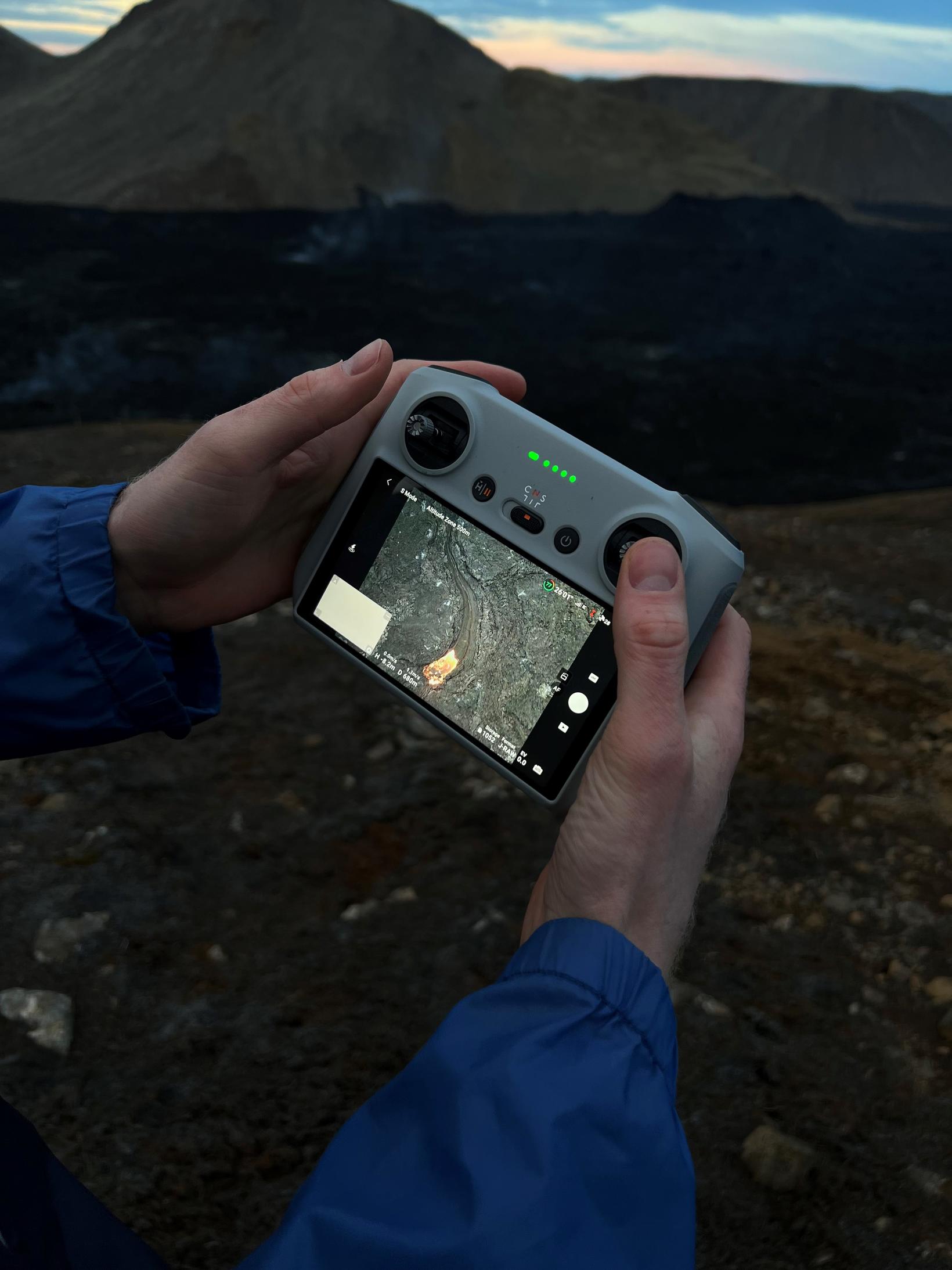 Svanur Gabriele and Arnúlfur were at the eruption site in Meradalir last night and saw a stream of red hot lava south of the main crater, even though the volcano is dormant. Photo/Svanur Gabriele

Last night flowing lava was visible at the eruption site at Meradalir, even though no harmonic tremors have been detected from the crater since yesterday morning. This is not unheard of, according to a specialist at the Met Office, who says that this might be lava that is still cooling, but originating from a time before the activity went down. No harmonic tremors are detected now, but so far in both this eruption and the one from last year the tremors have been a strong signifier of the volcano being active.

The photographer Arnúlfur and the drone pilot Svanur Gabriele were by the eruption site last night and caught pictures of flowing lava south of the main crater. Svanur Gabriele tells mbl.is that they had been there earlier in the evening and then they could not see any signs of activity or hot lava, but then at 10:30 PM last night they saw it. He says it is possible that lava broke down and fell into flowing lava that was still underneath the colder and harder exterior of the lava flow and thus became visible, but that is only his best guess. 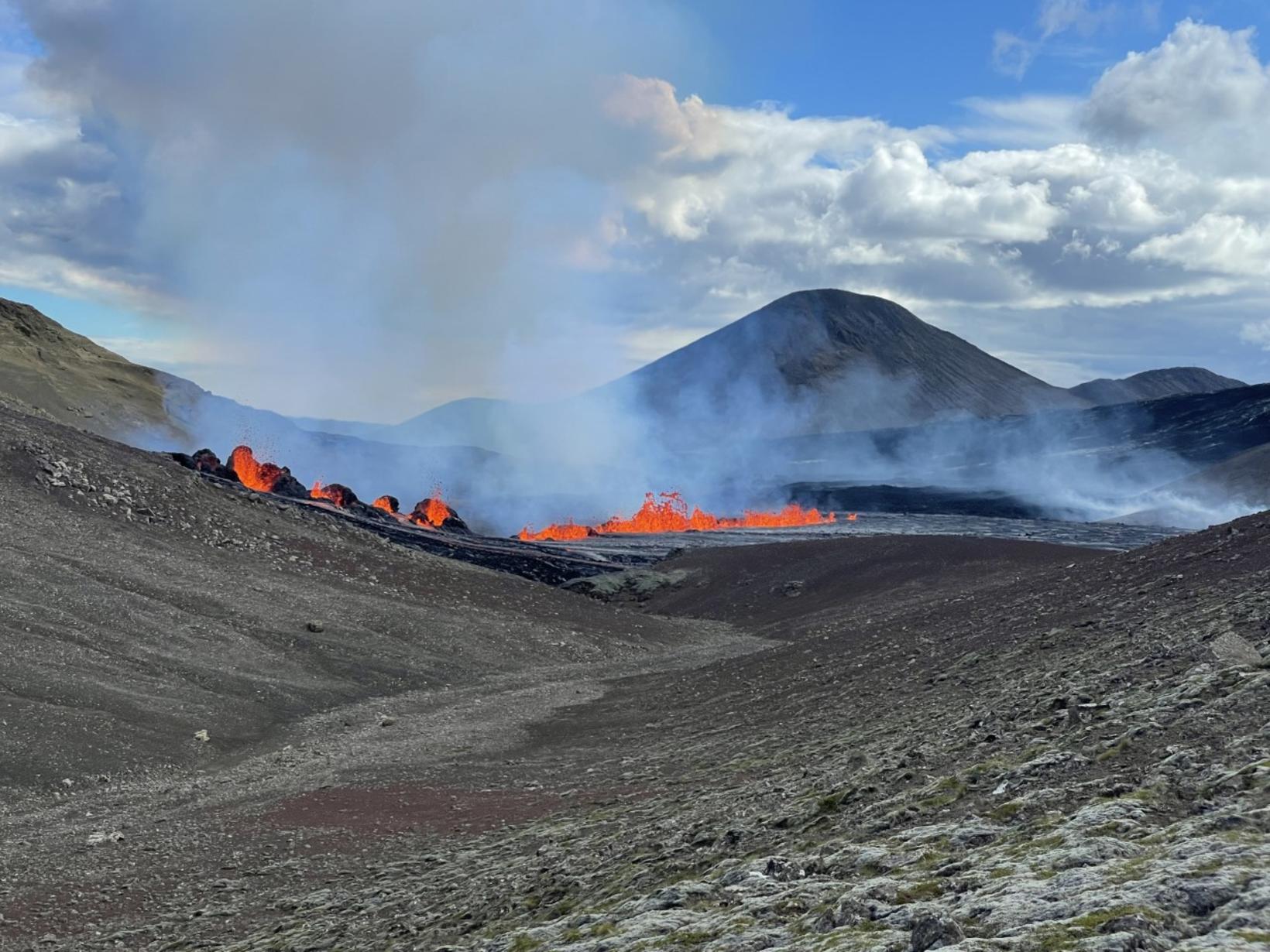 No harmonic murmurs since yesterday morning

Lovísa Mjöll Guðmunds­dótt­ir, a natural disaster specialist with the Met Office says it is normal to see flowing lava so soon after activity has dropped in the volcano. She says that everything points to the eruption being at a standstill and no harmonic murmurs have been detected. Last year when the eruption was in Fagradalsfjall, the same thing happened, when the activity dropped for a few days and the volcano was dormant like it is now.

She says that no activity was visible on the webcams last night and there is no indication that hot lava is flowing under the hard exterior while there are no harmonic murmurs. On the other hand, a body of lava further away from the crater was seen and in there was some fire seen in the lava, but the temperature of the lava is tremendous. "But we are not seeing anything coming out of the crater so this must be older lava," she says. 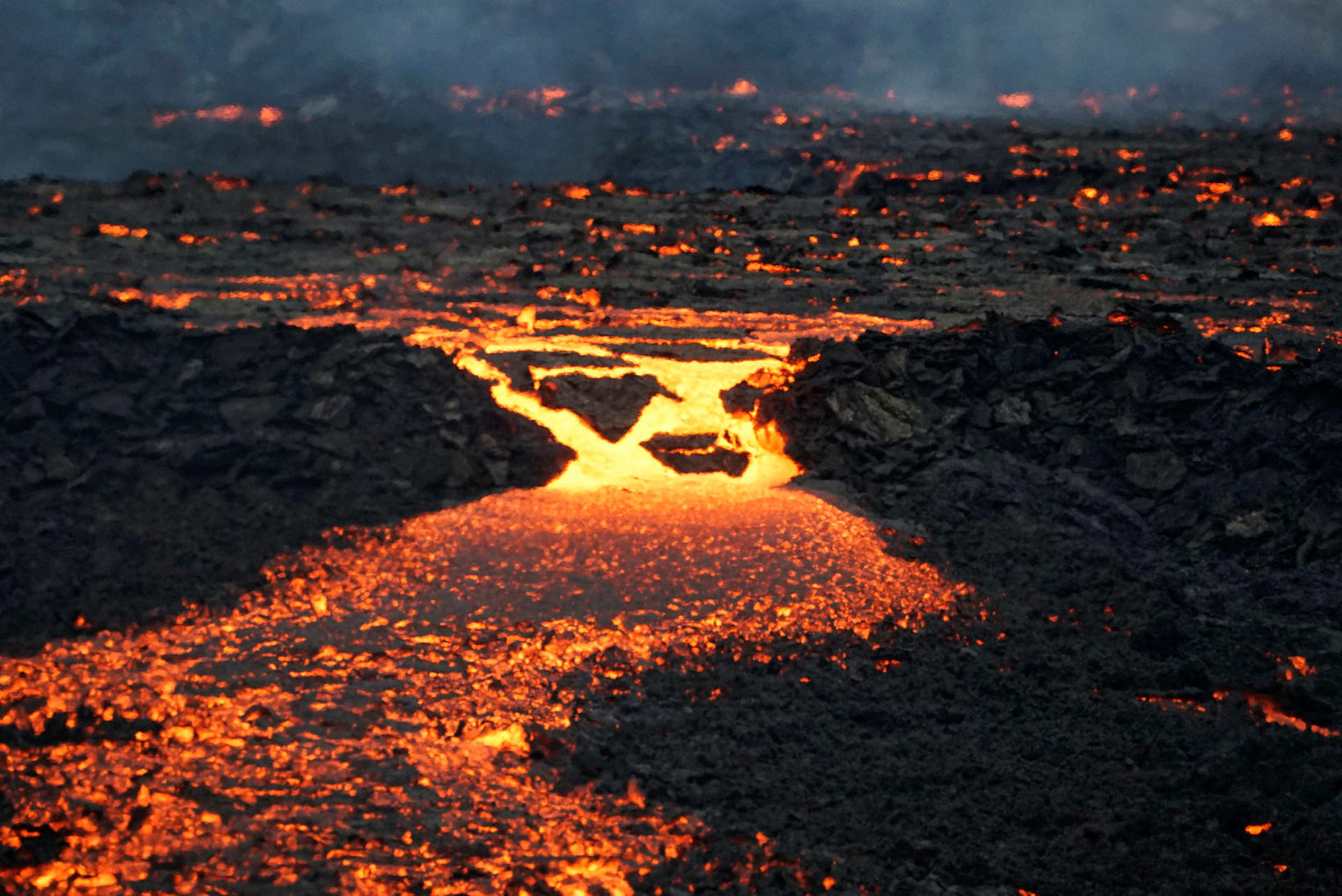 A lot of projects related to the eruption

No meetings have been scheduled today about the eruption, but she points out that the meetings are often set with short notice when something happens. But with the situation as it is, the scientists are watching the webcams, the murmur detectors and other devices they use to monitor the seismic activity in the Reykjanes peninsula.

Svanur Gabriele has gone to the eruption site almost daily since the volcano started and he says it is a bit sad that it is now dormant, because he already had a few projects related to the eruption that had been planned in the coming days and weeks.

Not ready to call it off

The scientists at the Met Office are not ready to call the eruption in Meradalir off, because there needs to be no activity for at least a few days or even weeks before that announcement, because there have been instances where eruptions die down for a few days and then start again.