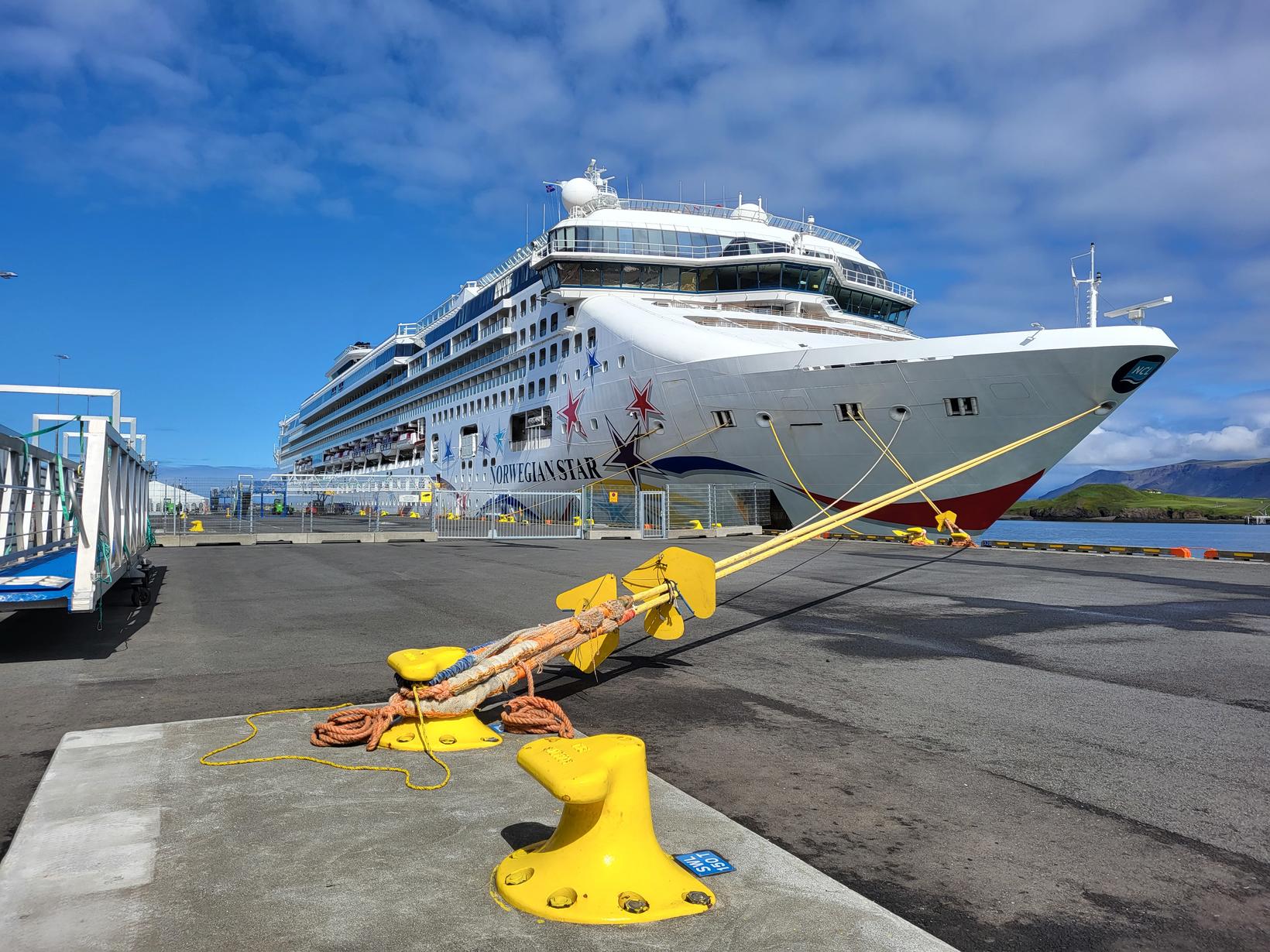 Norwegian Star has been sailing around Iceland regularily this summer. Here it is at Skarfabakki Harbour, which is a part of the overall Sundahöfn Harbour. Sigtryggur Sigtryggsson

It looks like there will be a huge increase in Cruise ships coming to Icland in 2023, if bookings for that year are anything to go by. Already there are 260 bookings for next summer which means that the summer of 2023 will see more Cruise ships in Iceland than ever before, according to Morgunblaðið today.

This year we have seen a big increase and Cruise ships have been at harbours all around the country. The tourist industry needs to prepare for even more people entering the country from Cruise Ships next year. 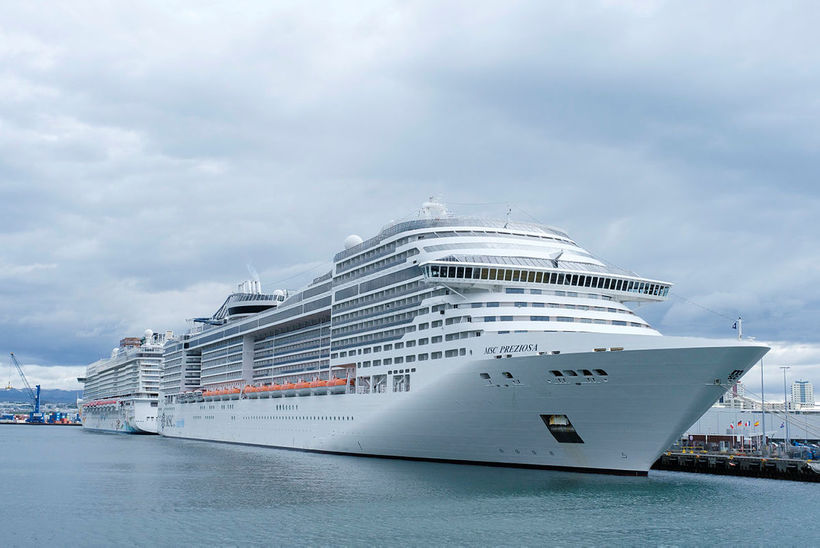 Could be 300 thousand visitors

The first Cruise ship that has booked for 2023 will arrive on the 23rd of March. There have already 123 ships booked for 2023, and more bookings are expected. That means that the visitors coming to the country with Cruise Ships could be 300 thousand or more.

This summer 185 cruise ships will come to Reykjavík. The increase next year would be around 40% based on the bookings.

The season for Cruise Ships is the summertime, from early spring until late September and most of them arrive here in June, July and August. "It is a puzzle organizing the days and the spots at the harbour," says Gísli Jóhann Hallsson the harbour pilot at Sundahöfn port in Reykjavík.

Last weekend there were four big Cruise ships at the Sundahöfn port. This is a big change after meager years during the Covid 19 pandemic and Hallsson says that they are already creating new jobs to accommodate more traffic.  He says that the operation around the Cruise Ships has been running smoothly this summer, in spite of a lot of passengers.