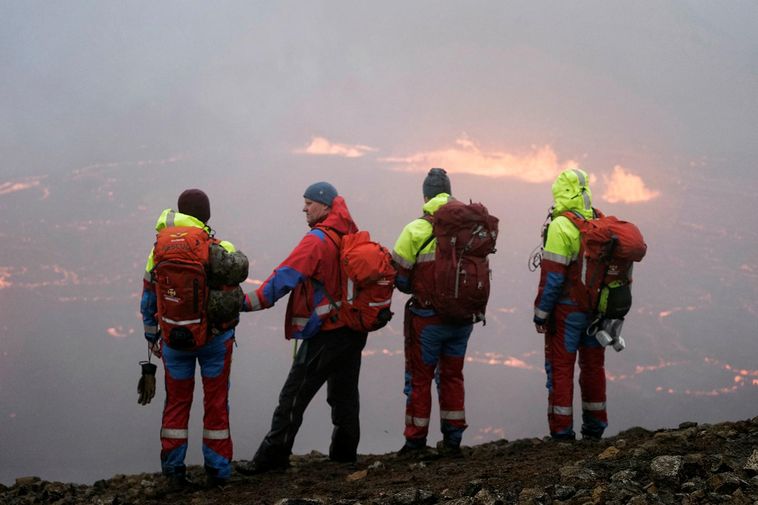 The eruption site at Meradalir will continue to be closed today. mbl.is/Hákon

The police in the Reykjanes peninsula has issued a statement saying that the eruption site will continue to be closed today because of the weather. It is likely that it won't open until tomorrow morning. A meeting will be held tomorrow at 8:30 AM and an announcement sent to the media afterwards. The eruptionsite has now been closed since Sunday.

Still rain in the charts

A yellow weather warning is still in place in the southern part of Iceland until noon today. According to the Met Office there seems to be a low pressure ongoing around the country and most are heading north, west of the country, which means that the South and the West of Iceland will still be getting a lot of rain. It is likely that the rain will also be felt in other parts of the country, but not in the same amount.