Over ten thousand earthquakes detected over the weekend 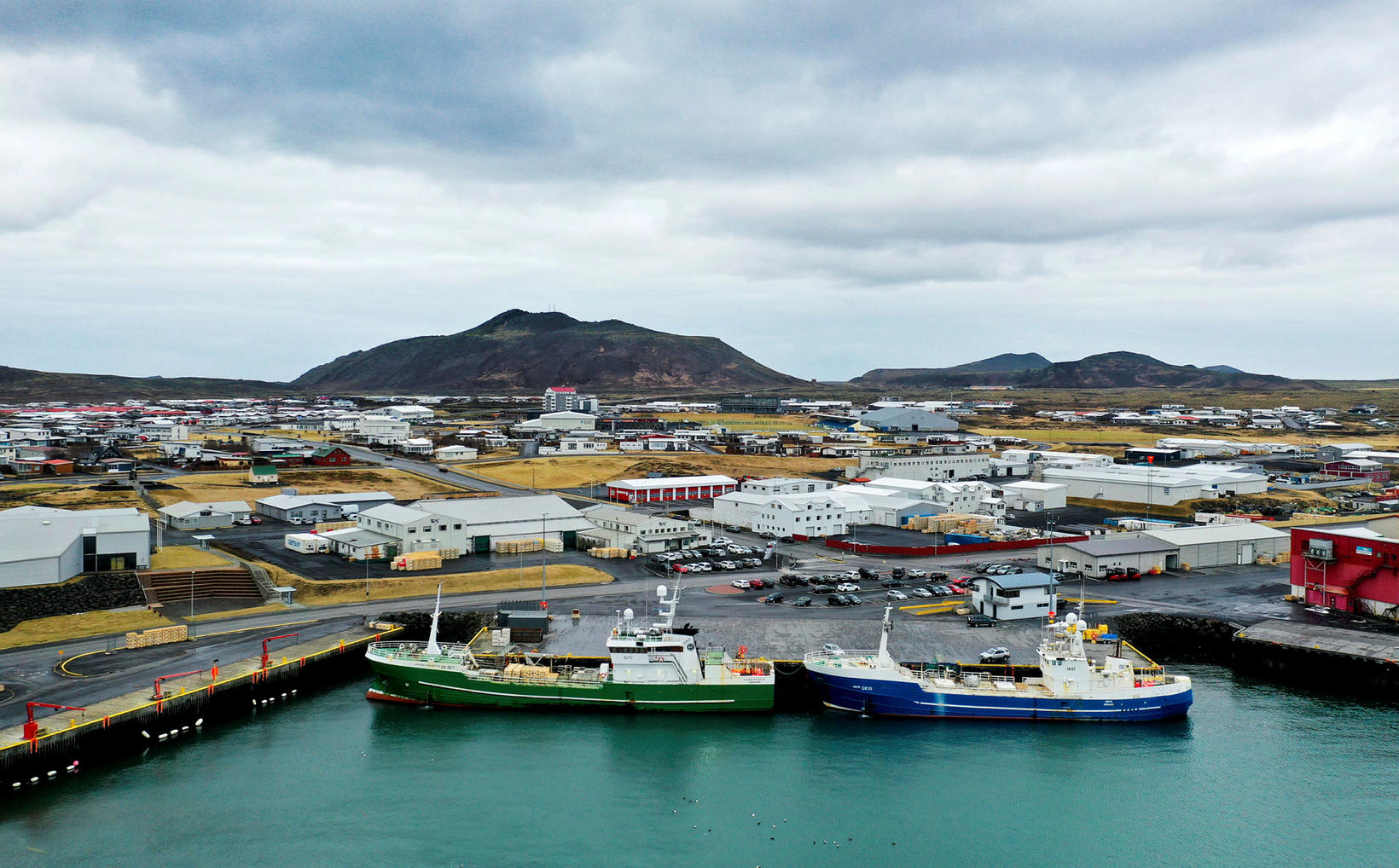 Grindavík is close to the source of the seismic activity and the residents have felt it acutely in the last 48 hours. mbl.is/Eggert Jóhannesson

There is still a lot of seismic activity in the Reykjanes peninsula and over ten thousand earthquakes have been detected since the series of earthquakes started at noon on Saturday.

According to the Met Office there is more of smaller earthquakes that are less than 4M since noon today. The activity is, as before, mostly in the northern part of the magma tunnel that was formed before the eruption last year.

Reykjanes peninsula on alert because of a series of earthquakes

The biggest earthquake there since yesterday was at 6:27 AM this morning, 4.7M, but a lot of people felt the big one on Sunday just before 6PM which was 5.4M and was clearly felt in Reykjavík and quite far up north as well.

Here you can see the cameras shaking when the 5.4M earthquake hit just before 6PM yesterday.

Today officials in Grindavík, the Police in the Reykjanes peninsula, The Department of Civil Protection and Emergency Management, HS Orka and others to decide on protocol and what steps to take in case of an eruption and how to work with the Met Office regarding information to the public.

The alert is ongoing in the area and people are still advised to make sure no heavy objects are near sleeping areas, where they could fall down. People hiking are also warned about possible mudslides and stones rolling down because of the earthquake activity and it is not a good idea to start hiking in steep hills close to this area at this time. Residents and companies in the area that have suffered losses because of the earthquakes are asked to contact the Natural Catastrophe Insurance .

“All drawers and cupboards opened and food items fell to the floor. Decorative statues on shelves and photo frames also fell to the floor and broke. It was a mess,” says Laufey Fjóla Hermannsdóttir who lives in Grindavík about the big earthquake yesterday. Grindavík is close to the source of the seismic activity and the residents felt it acutely yesterday.

“We thought the windows would break, but thankfully that did not happen.” 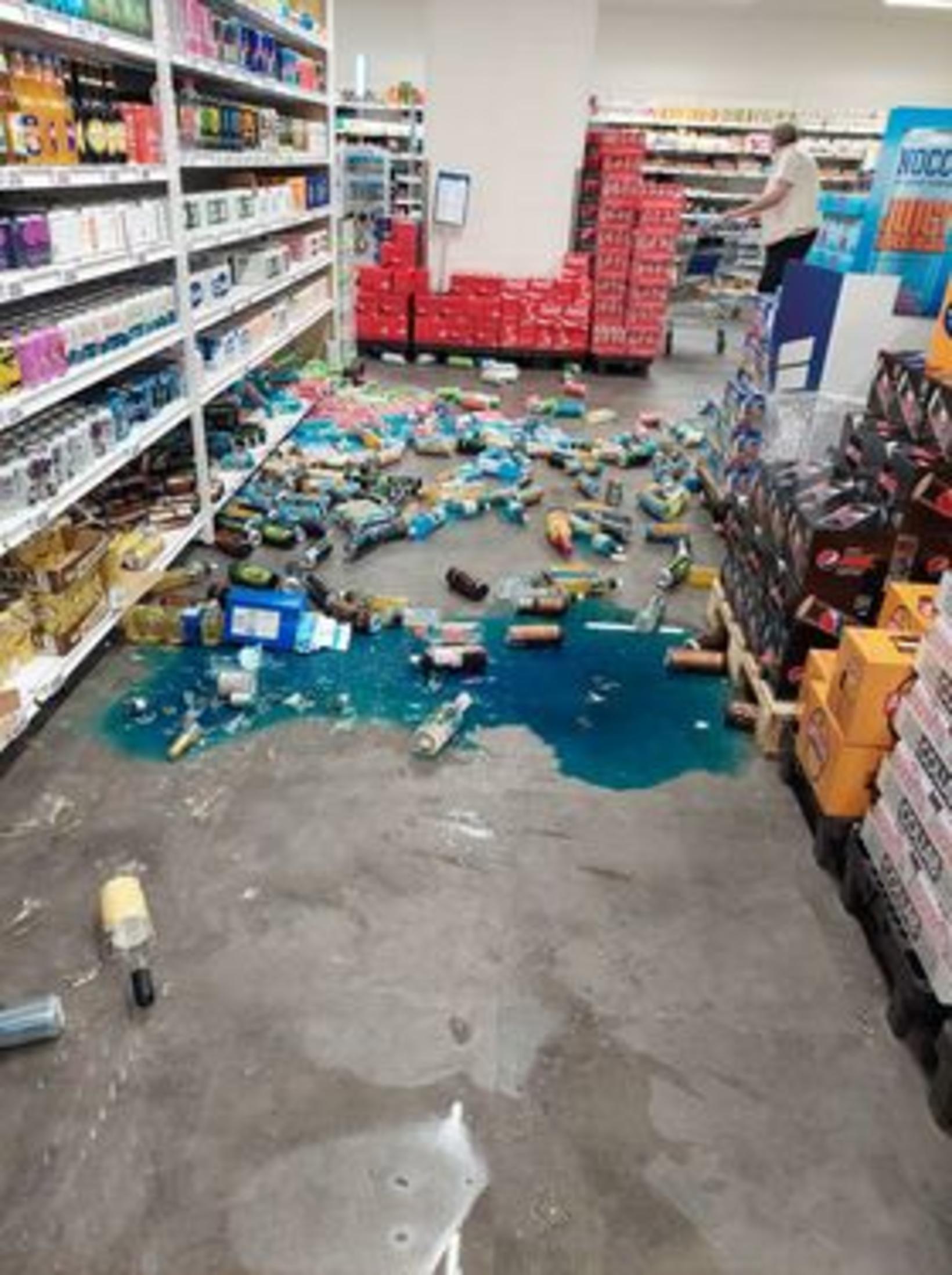 She had gone to the grocery store Nettó shortly after the earthquake and it looked like a vandal had ransacked the store. Food items were lying on the floor and a lot of things had broken.

Different kind of an earthquake

Hermannsdóttir says that the big earthquake yesterday was different than the big one last year, just before the volcanic eruption in Geldingadalir. “Last year it was more of a hit but this time everything was shaking for quite some after after the hit. It felt bigger somehow,” and adds that she also felt it was closer.

The dog was nervous

When asked about what she and her family are doing because of this she says they are fastening everything that can fall,especially around the beds.

The family has an old dog who has been very nervous.The earth has been shaking almost non stop for the better part of  48 hours and quite a few earthquakes over 3M.”We feel this a lot. Last night there was a constant shake all night. I couldn’t fall asleep until six o’clock in the morning.”

Making sure the memories are in a safe place

Hermannsdóttir says it is not the earthquake per se that are the most worrisome part of the situation, but rather what the consequences might be – a pending volcanic eruption close to the town. She says that the family has packed the most important things in case they need to evacuate in a hurry. “We have also brought our photoalbums to Reykjavík.”

The Restaurant Bryggjan in Grindavík also really felt the big earthquake as can be seen in this picture. Photo/Garðar Skarphéðinsson