Yellow warning and lots of rain and wind, especially in the South and Southeast 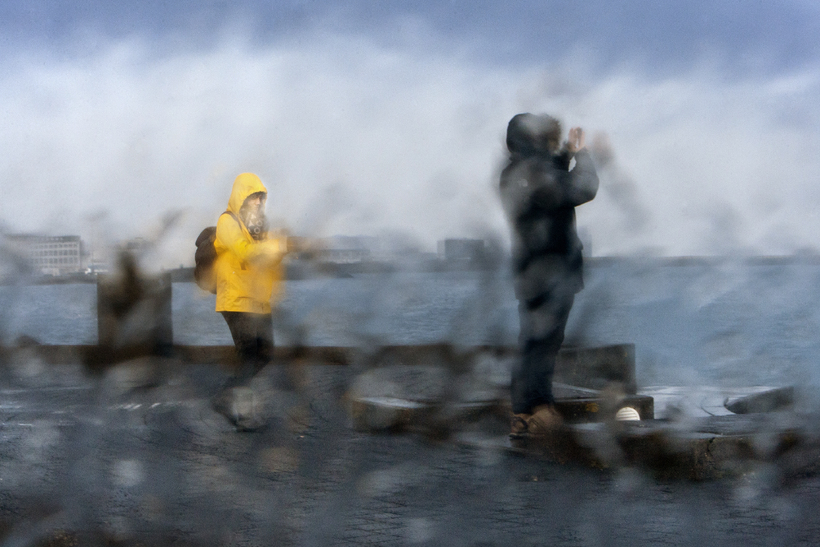 It will be a lot of rain tonight and well into tomorrow, especially in the South and the Southeast. mbl.is/Kristinn

It looks like a lot of rain and wet weather in the Southern part of Iceland tomorrow, especially close to Eyjafjöll and in Mýrdalur says the meteorologist of The Icelandic Road and Coastal Administration (IRCA), Einar Sveinbjörnsson.

There was a yellow warning at 7 PM in the South until 9 PM and it started at 10 PM in the Southeast and will be until midnight according to the Icelandic Met Office, with lots of rain and wind.

This weather will increase water rates in rivers and all waters which might add to the danger of mudslides. With the worst case scenario, it might affect travels in the area.

Hikers and cyclists need to prepare for bad weather

People are encouraged to be careful and hikers and cyclists are especially asked to prepare properly for this challenging weather. 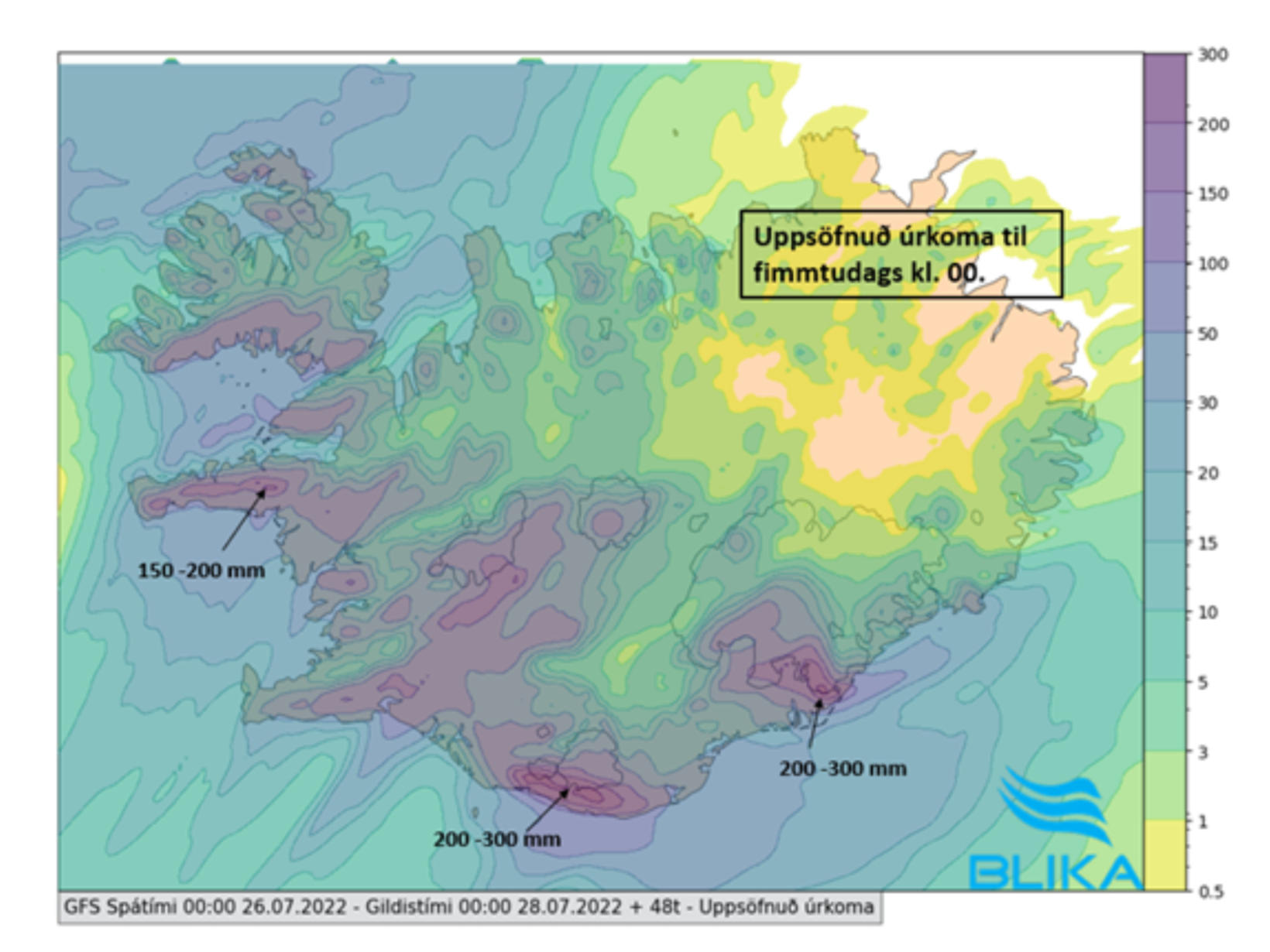 The weather will affect the level of water in rivers with possible mudslides. Kort/Blika

The rivers will rise, especially in Þórsmörk and it might be impossible to pass them at all. Late into the afternoon tomorrow there might be winds around 15-20 meters per second and sandstorms in Sprengisandur, Dyngjusandur and around Askja.

“There is a low pressure going over the country with winds from the south and we are expecting heavy rain for at least 24 hours,” Sveinbjörnsson says to mbl.is.

The rain and the wind should go down tomorrow afternoon

To top this off there is also the possibility of water rising because of the glaciers because the temperature is still quite warm. “Usually we see this situation more in the fall than in summer. The most rain will be in a fairly concentrated area and we don’t still know where exactly it lands. It could be mostly around Eyjafjöll which would mean a lot of rain in Þórsmðörk, but on the other hand it would not be as bad in Landmannalaugar and in Fjallabakur.”

He still expects the weather to get better in the afternoon tomorrow and the high water in rivers would slowly go down. 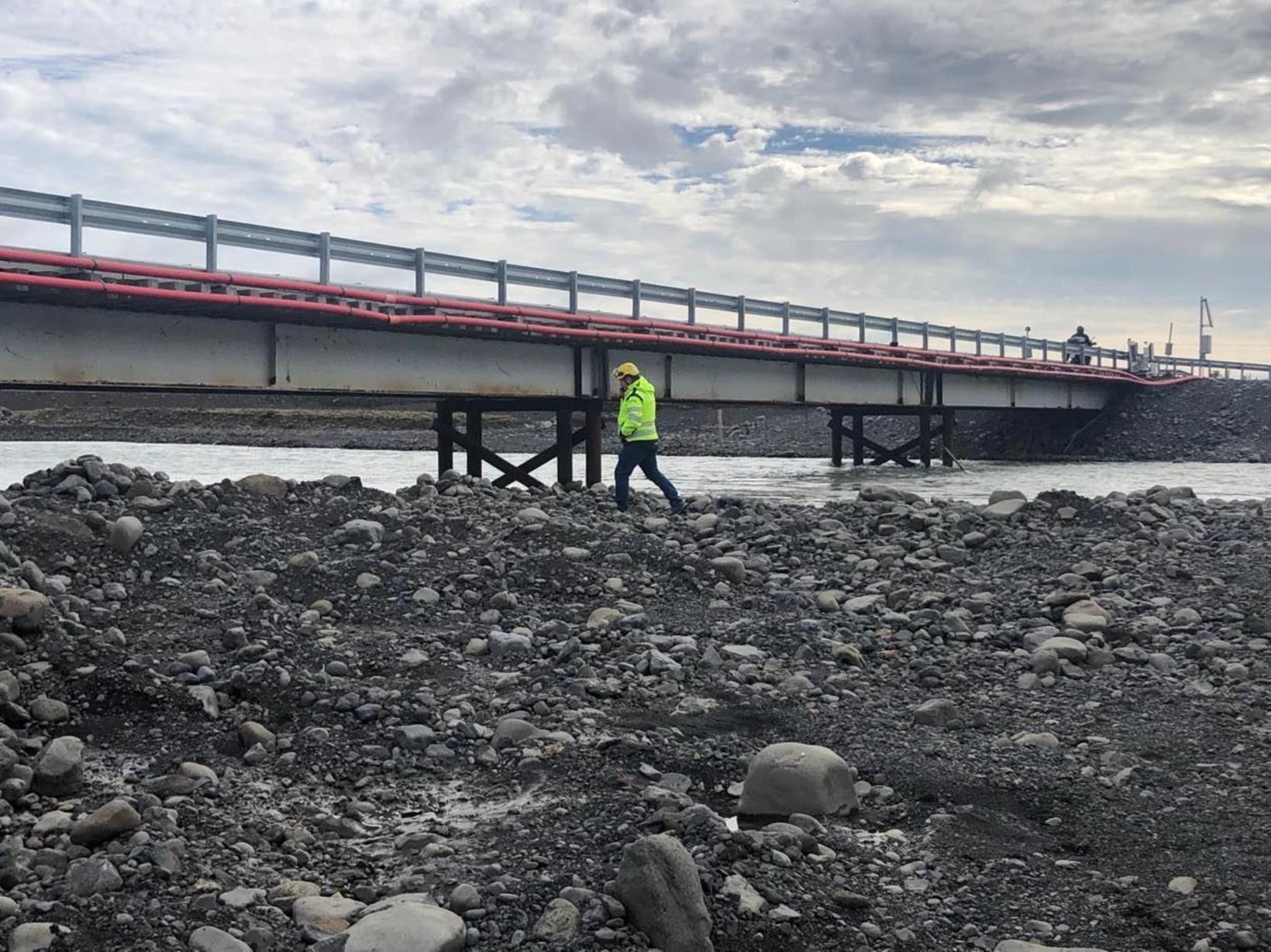 IRCA is still working on a new bridge, so a temporary bridge is being used that might not withstand the rising water. Ljósmynd/Vegagerðin

Not sure if the bridge will withstand the rising waters

If the rain will land mostly around Eyjafjöll a bridge that is used there temporarily will withstand the high waters due to the rain. IRCA is now working on creating routes for rising water under the bridge hoping it will make it work while a new bridge is being built in the area.

Will direct traffic to the new bridge in case of danger

However, if it looks like the temporary bridge is not deemed to be safe, the traffic will be directed over Hringvegur over Jökulsá on Sólheimasandur, just east of Skógar and over the new bridge.

The traffic would then be monitored by lights each way, because the bridge is not fully ready and it has no railings. If this happens, there will be a reduction of allowed speed while driving there temporarily and IRCA asks drivers to respect that. 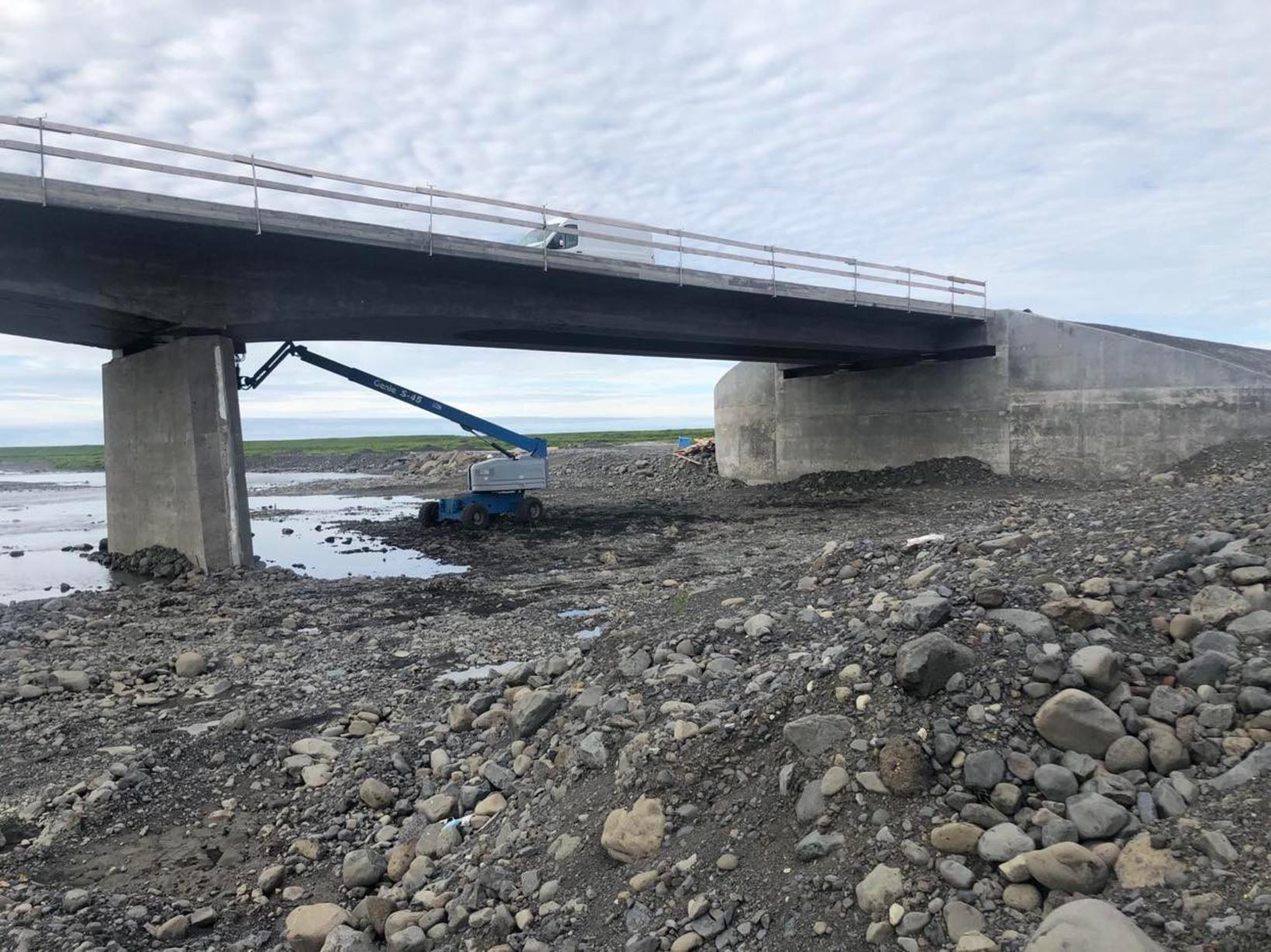