Jumped into the river to safe his son 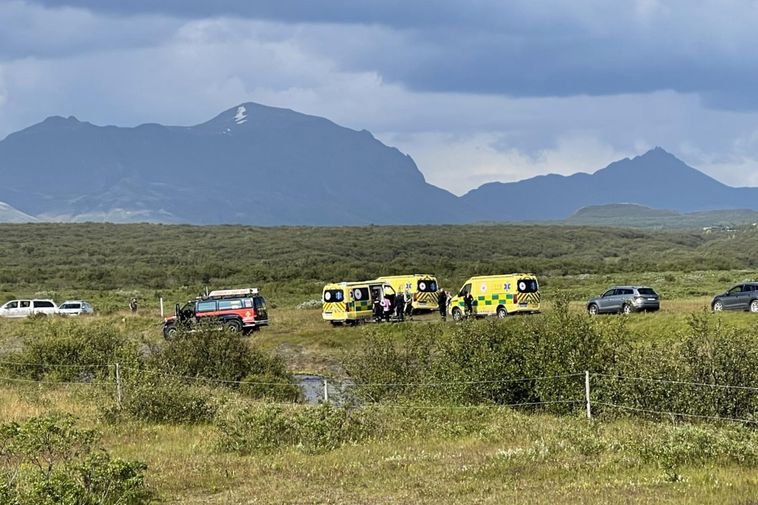 The man who lost his life in Brúará yesterday went into the river to try to safe his son who had fallen into the river. The police in the Southern part of Iceland has confirmed this to mbl.is today.

As was reported earlier today, the man who died went into the water and then floated down the river.

The helicopter of the Coast Guard found the man, already deceased, approximately 4-500 meters from the area where he fell into the river.

Was able to push his son to the river bank

The man and his son were by Brúará to enjoy nature when the son fell into the river by accident. The father did not hesitate and jumped after him and was able to push his son to the river bank, where other tourists could grab him and drag him to land. He was saved without any substantial injuries.

A Canadian citizen living in the United States

However, the strong current in the river caught the father who could not manage by himself to get to the river bank and during this ordeal he lost his life. According to the police, it still remains to be investigated whether the father drowned or died of other causes.

The police has revealed that the man who lost his life was a Canadian citizen living in the United States.