Is this the coolest place to stay in Iceland? 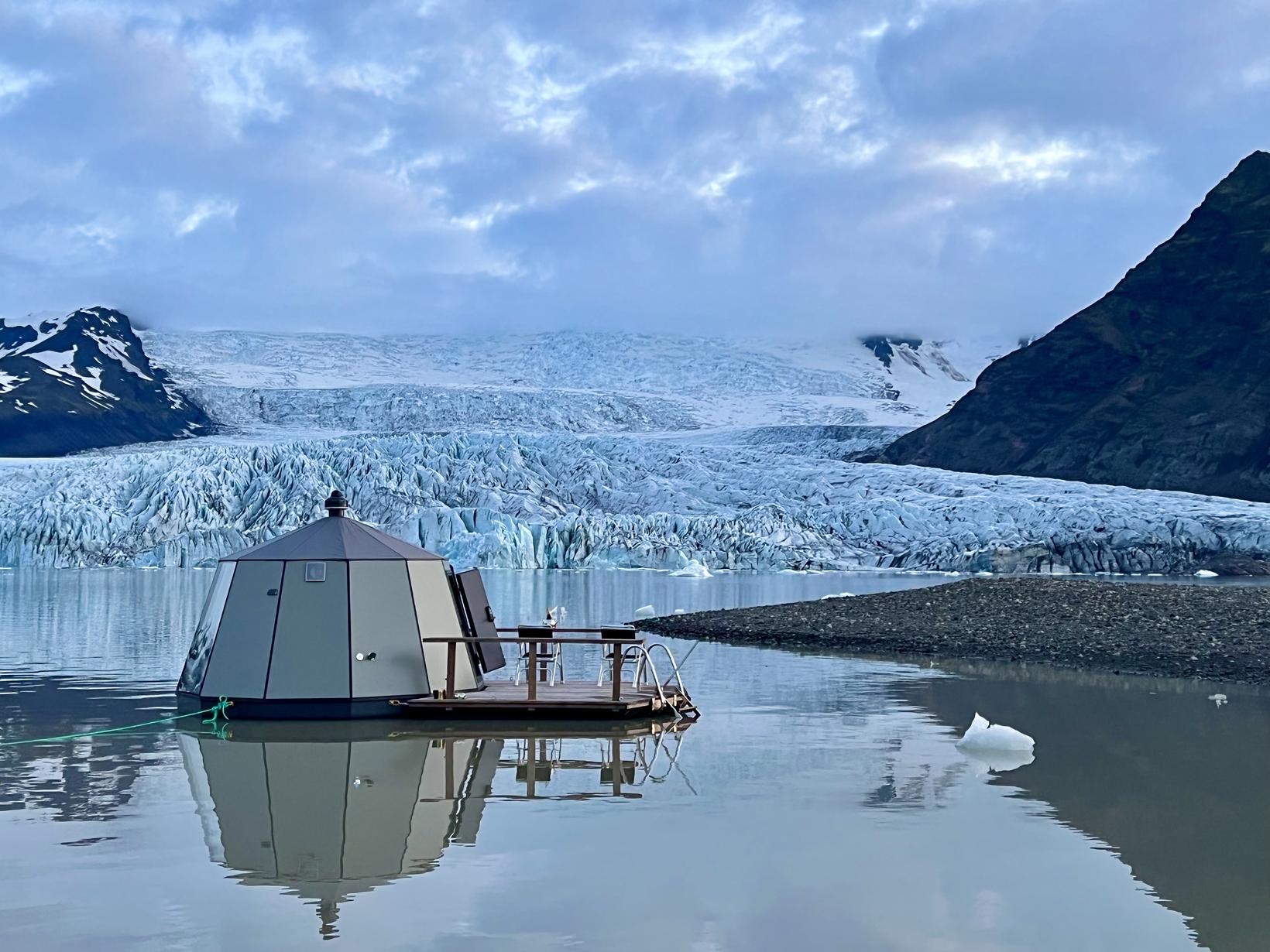 Fjalls­ár­lón Ice­berg Boat Tours recently added a new option in their services when they made it possible to stay on special houseboats in the lagoon, which can be used as sledges during winter. The CEO of the company, Steinþór Arason, says the idea came up when they were trying to figure out how to secure more annual jobs in the company by having more exciting possibilities for tourists during the wintertime.

Arason says the housboats have attracted a lot of attention. "People are excited and positive towards this new possibility. I can understand some people having second thoughts, but I think when people see how we actually implement this and how nice it is, it will quiet all the doubting voices." He says that one of the houseboats has been standing outside the service building for a few months and guests have been very interested, while looking at it and asking questions.

Doesn't hurt that it is eco-friendly

When he saw the idea about the Igloo boat, which is both a boat and a sledge, he decided to make this idea happen and thereby be able to offer very specialized staycations on the lagoon and sledge trips during winter. He says that the Igloo boats are both very solid and well built and ecofriendly as well. Furthermore, they are compact and easy to work with.

"The Igloo boat is simultaneously a boat and a sledge. When the lagoon is frozen you can drag the sledge around the lagoon and make a trip of it. The design with the glass walls at the sides and at the top to the sky makes it perfect for northern lights trips. When the lagoon is not frozen, it works perfectly as a boat. It has solar cells and ethanol for electricity and thre are collecting tanks on the boat for garbage." 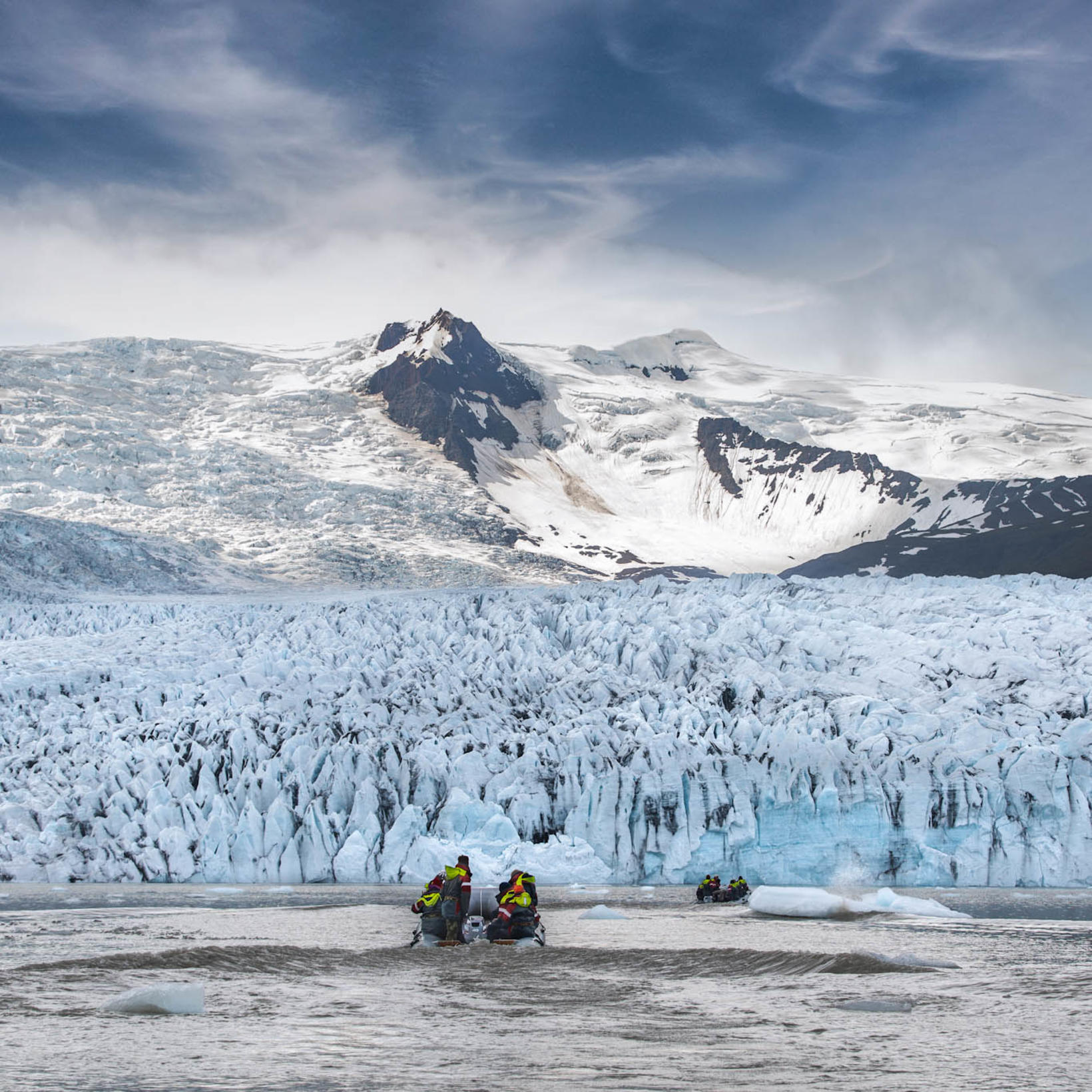 In the middle of nature

Arason has been running a tourist company by Fjallsárlón from 2013. In 2017 he built a restaurant which he runs alongside the boat trips. They offer two different kind of trips, one is the traditional trip around the lagoon, and then there is the luxury sail on the lagoon where they stop on a small island.

He says in a special location like Fjallsárlón it is very important to plan all additions to the operation carefully so it fits into the landscape,and there are a lot of things to consider in the design.

"The boats are never seen from the traditional sightseeing spots or from the hiking routes. Fjallsárlón is much bigger than people think and you can take photographs of the lagoon without worrying about capturing anything else but the pure nature. The boat is very well made which makes everything easier, but the lagoon is sensitive and you need to tread carefully." 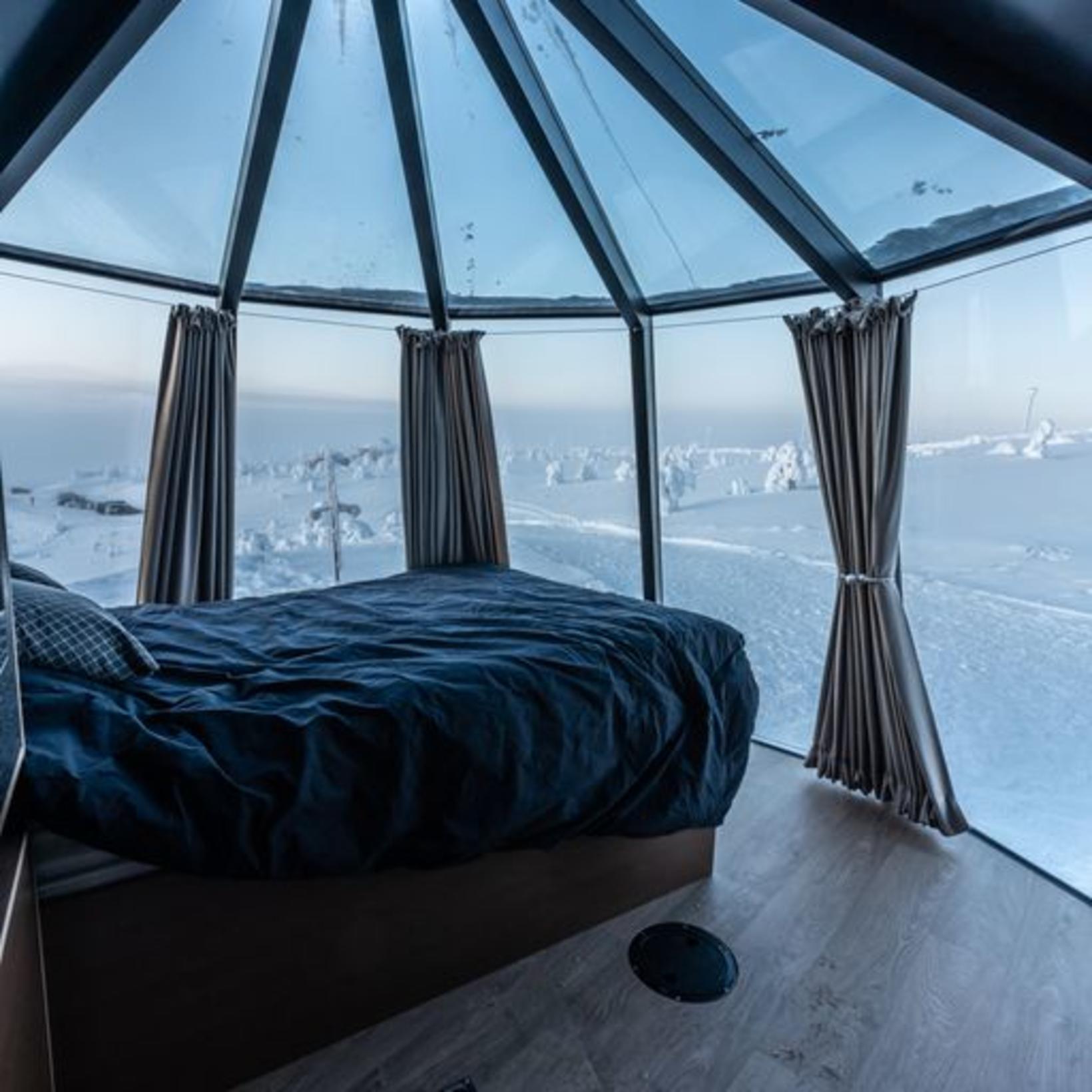 Warm inside the boat looking at the northern lights

The idea is to make the operation more stable during the winter. "It can be pretty cold here in the winter when the lagoon is frozen and this close to the glacier. But with the Igloo boat it is possible to offer northern light tours or enjoy the spectacular view while being warm inside the boat, even though there might be freezing winds outside," he says and adds that being able to hold on to tourguides during winter would be great for the company and for the staff.

"This is a great addition with everything that is possible to do in Iceland. These boats/sledges are used a lot in the other Scandinavian countries and if we want to maintain a thriving tourism we need to be creative, add new exciting options and execute our ideas very well."

He says that the summer has been booked pretty well even though there are still available tours, but people often book at a short notice.