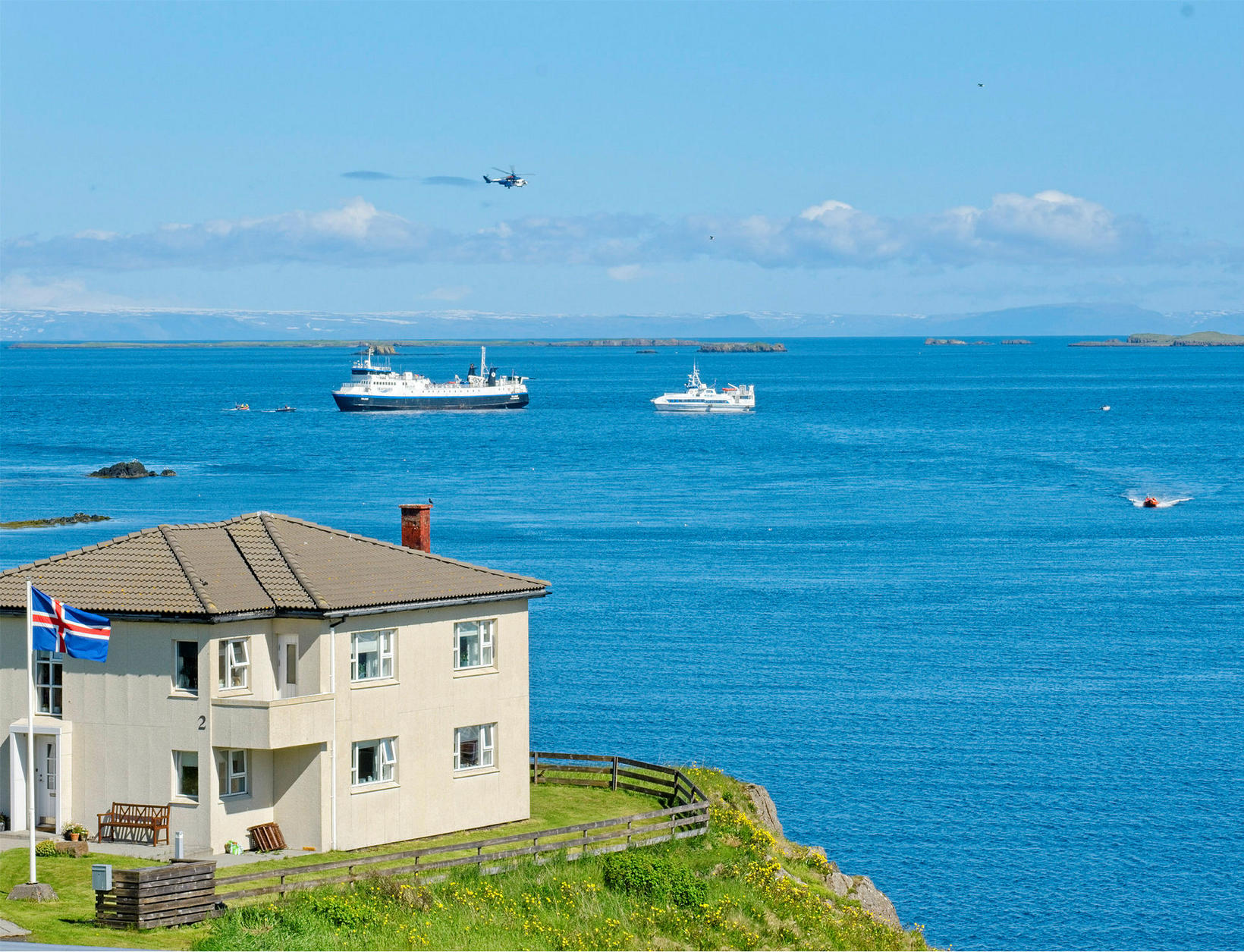 The passengers have been waiting on the ferry on the ferry which has been powerless in the sea around 300 meters from shore for over five hours. Finally the ferry is going back to Stykkishólmur, going at the minimal speed of two knots and they have the lifeboat Björg fastened to the front of the ferry in case something happens. 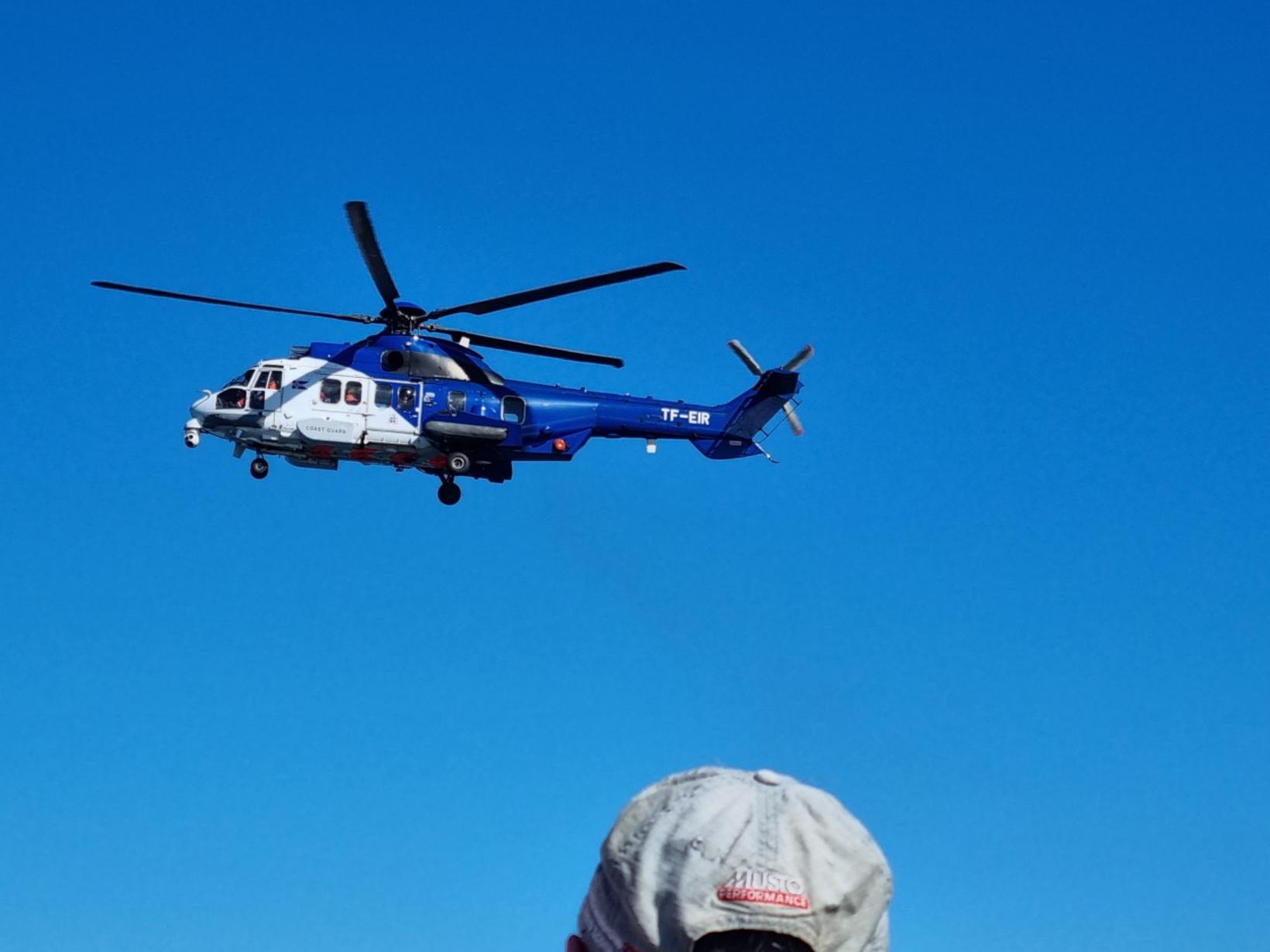 The helicopter of the Coast Guard was flying over the ferry today. Ljósmynd/Sigurður Viggósson

"We are going very slowly and we expect to reach shore just after 3 o'clock today. When we reach shore there will be a bus waiting for the passengers and taking the to the headquarters of Sæferðir where they will be offered some sustenance," says Gunnlaugur Grettisson the manager of Seatours . 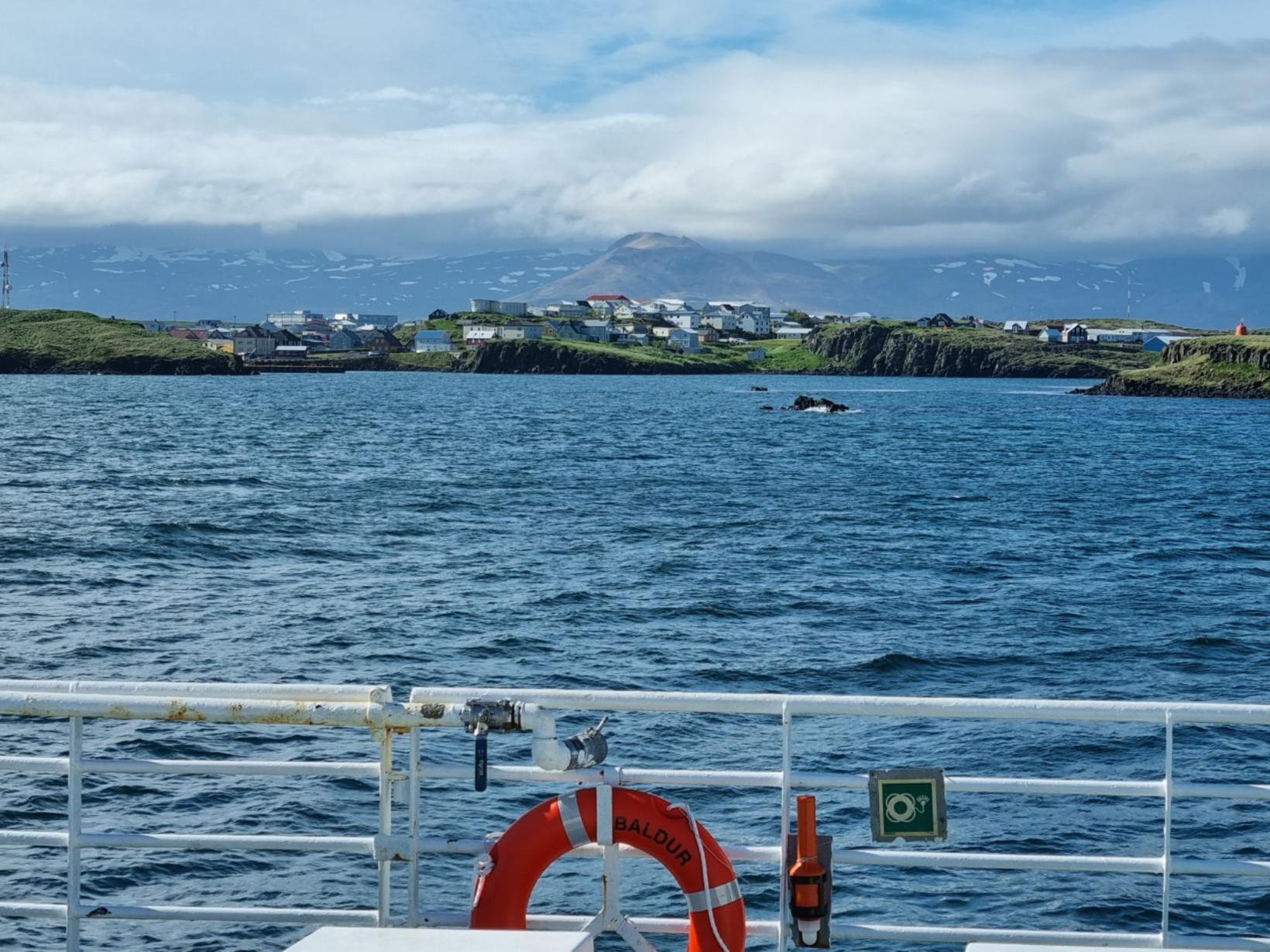 It was not far from Stykkishólmur where the ferry Baldur lost its power due to some malfunction in the gear system. Ljósmynd/Sigurður Viggósson

There will also be a nurse present to talk to the passengers who were quite shaken due to this experience. The latter scheduled trip of the ferry Baldur today has been cancelled.

"We will be working on the ferry tonight and during the night to fix it. This was not working for us today like we had hoped for. If everything goes to plan the scheduled trips tomorrow will be on," Grettisson says and adds that there will be an announcement later today regarding the next trips of the ferry Baldur.