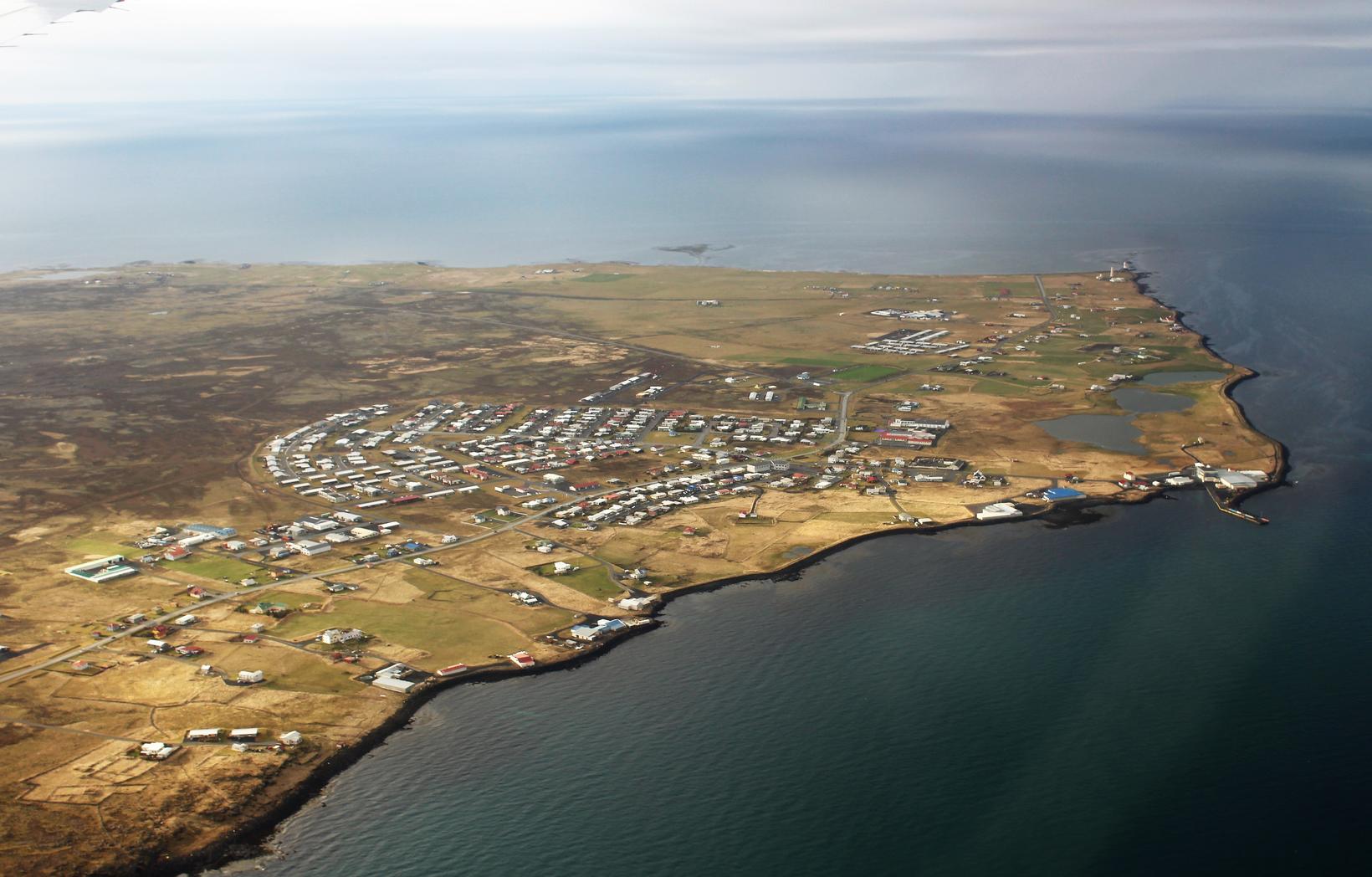 The tip of the Reykjanes peninsula where the earthquake was felt clearly today. mbl.is

Last night the people living in Grindavík had a meeting because of the series of earthquakes in the last few days in the area. Fannar Jónsson, the mayor of Grindavík was the chairman of the meeting but the idea was to answer questions about the likelihood of volcanic eruptions near Grindavik. 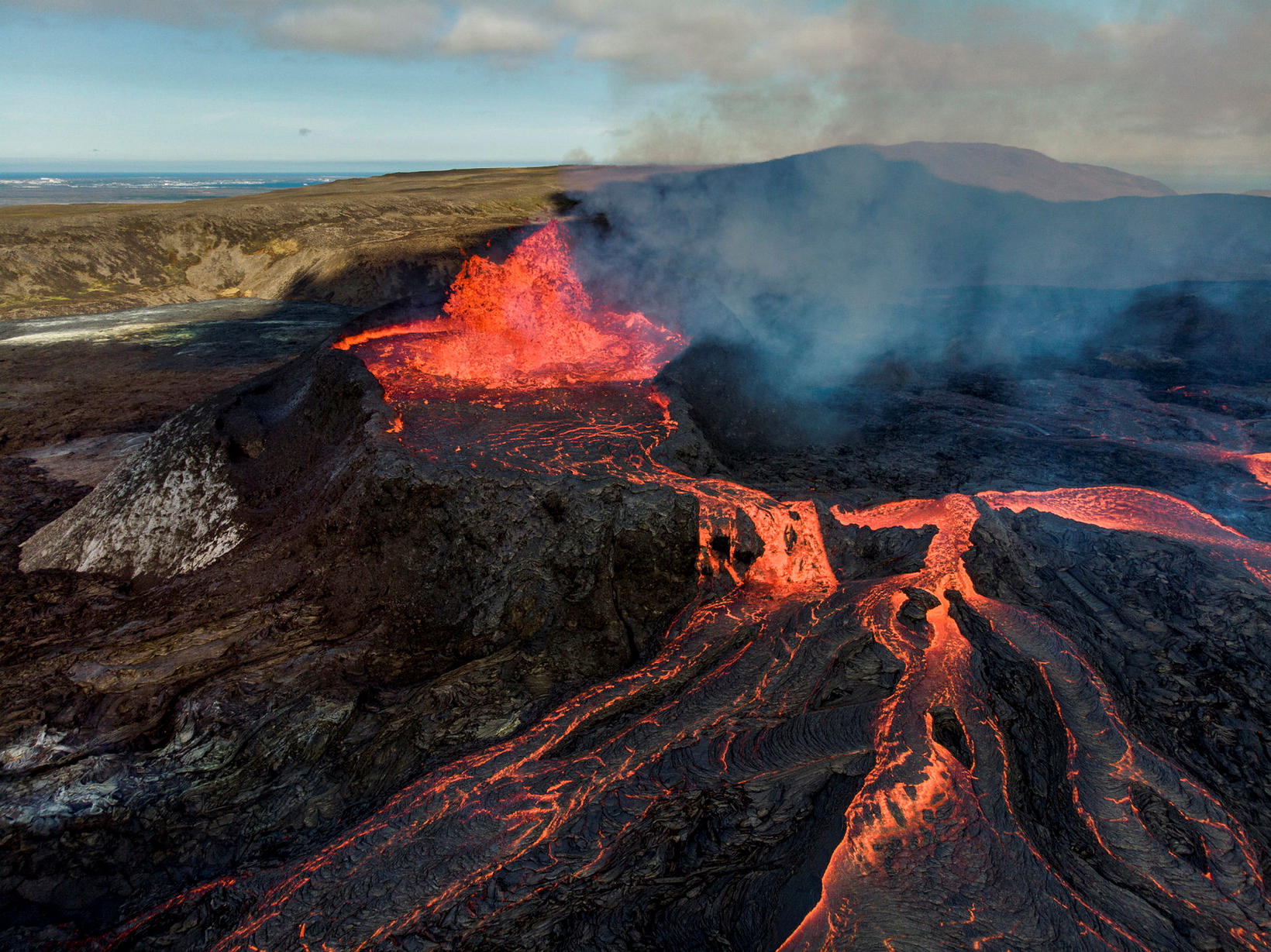 The eruption last year in Geldingardalir has people in Grindavik worried that the same thing might be happening again. mbl.is/Kristinn Magnússon

Jónsson said some people were worried, given their experience from last year, which resulted in the eruption in Geldingadalur. "It is understandable that people are a bit uneasy when we get a series of earthquakes again." He said he was not worried and added that the majority of the people in Grindavík were relatively calm.

"People are getting used to this, unfortunately," said Bogi Adolfsson the rescue squad chief of Þorbjörn to mbl.is about his teammates in the rescue squad. "They have a lot of experience now."

Could cause a lot of damage

"Lava eruptions in an unfortunate location could cause a lot of damage," said Magnús Tumi Guðmundsson, geophysicsist who gave a talk at the meeting. But he also added that it was unlikely that people would get hurt. He informed the meeting of the volcanic history of the area and  apart from the eruptions last year in Geldingadalur, the last eruption happened in the year 1240, so for close to 800 years there were no eruptions in the Reykjanes peninsula. 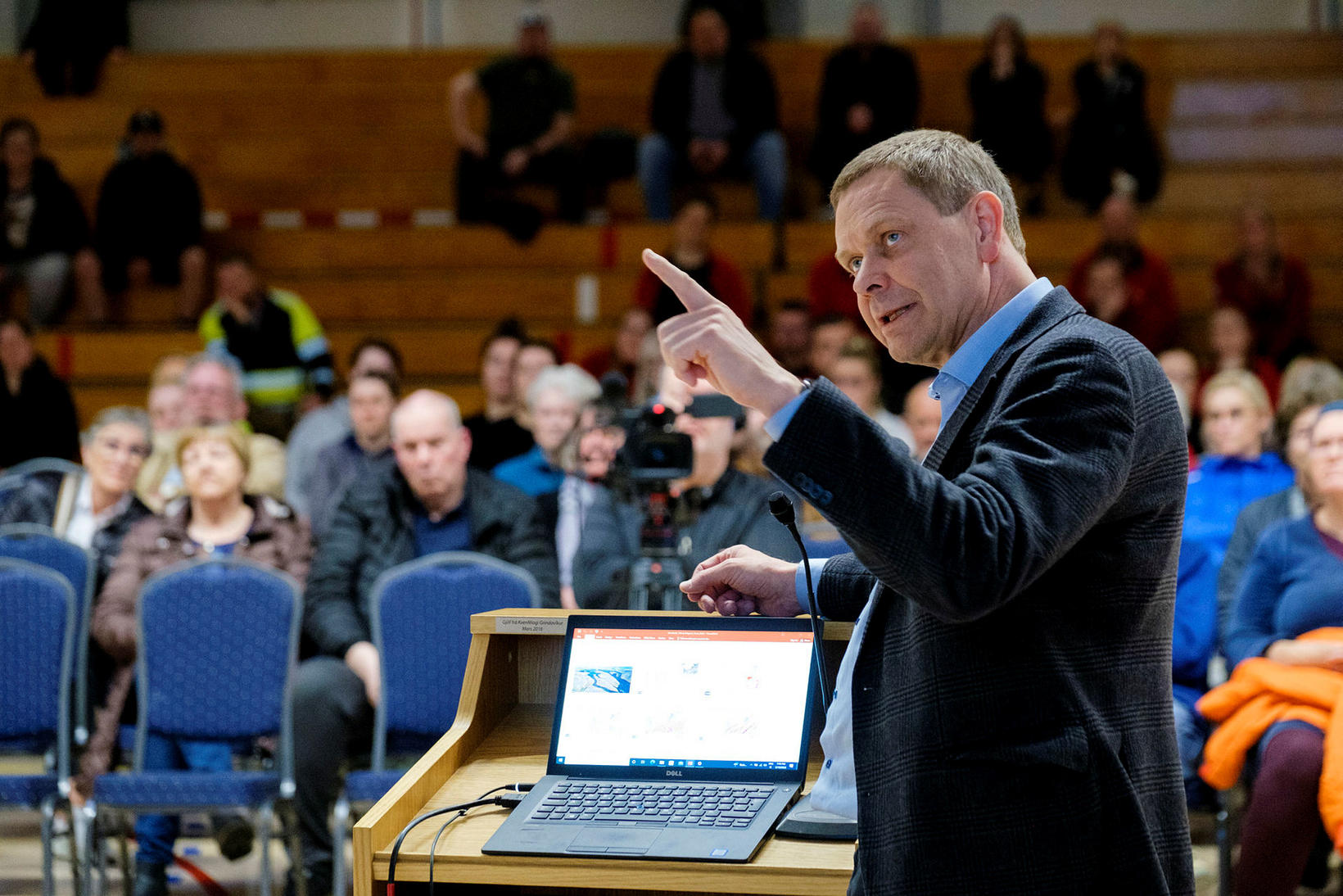 Magnús Tumi Guðmundsson geophysicsist went over the scientific aspects of the situation at the meeting in Grindavik last night. mbl.is/Kristinn Magnússon