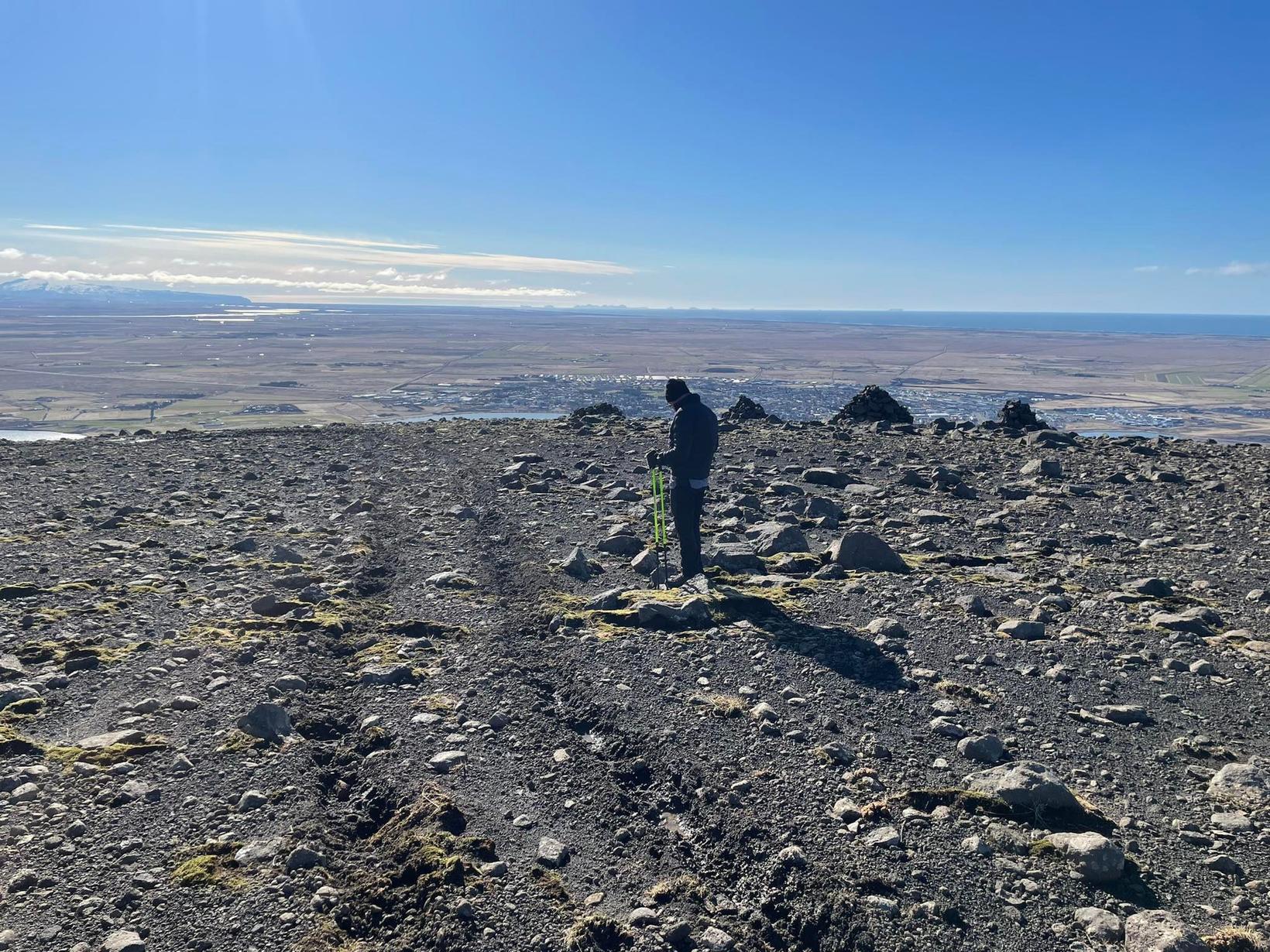 Inspecting the tracks left by the ATV. Photo/Contributed

“I don’t understand how anyone could have done this,” Bárður Jón Grímsson tells mbl.is . Sunday, when hiking with his son in Ingólfsfjall mountain, Southwest Iceland, he discovered deep tracks left by an ATV, extending a long distance in the fragile soil. 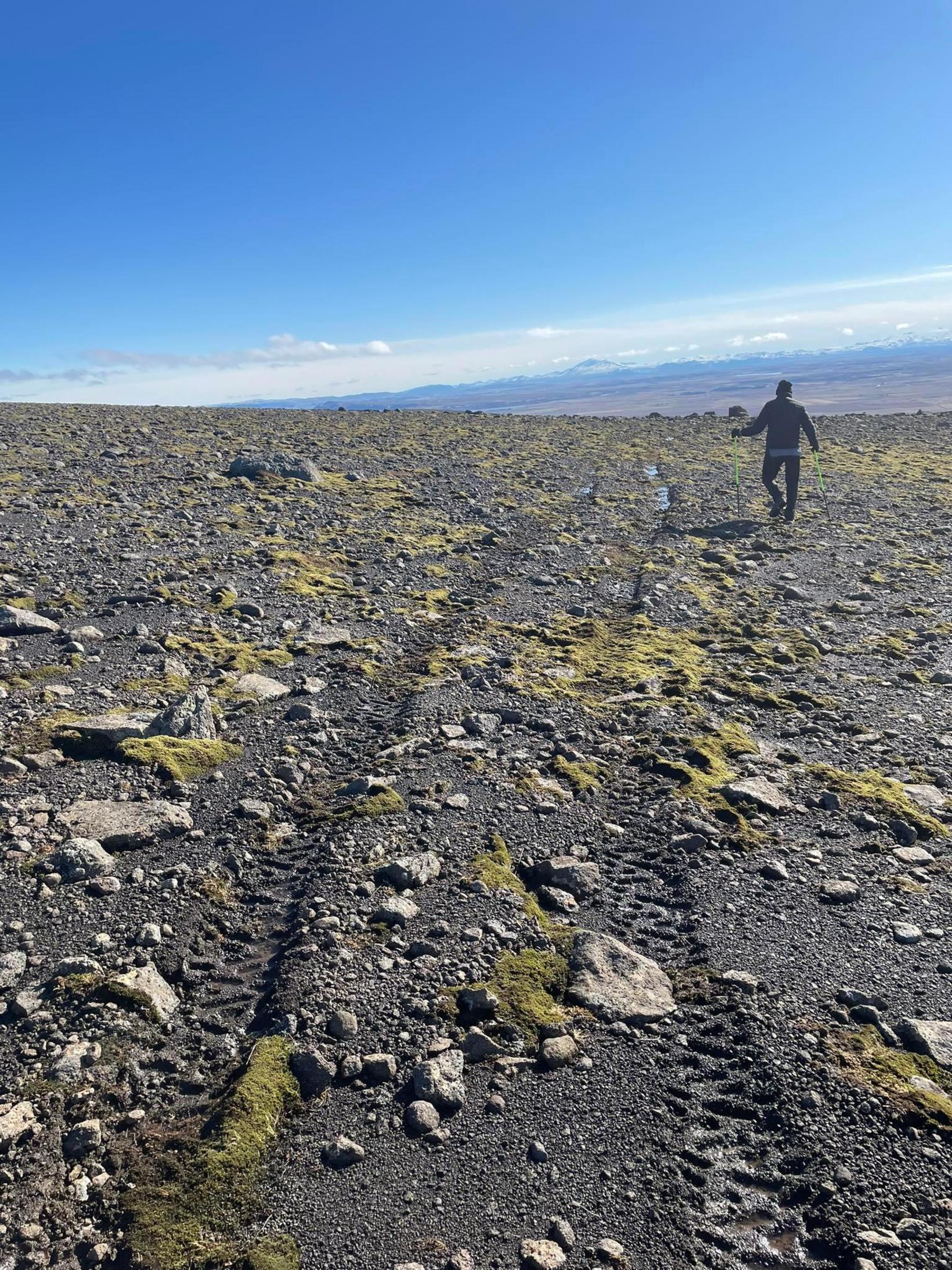 The ATV had been driven high up into the mountain. Bárður notes that at this time of year, the soil is especially fragile, since it is no longer frozen.

“We hopped from stone to stone to avoid sinking up to our ankles in mud,” he states and adds that moss and lyme grass were damaged by the ATV. 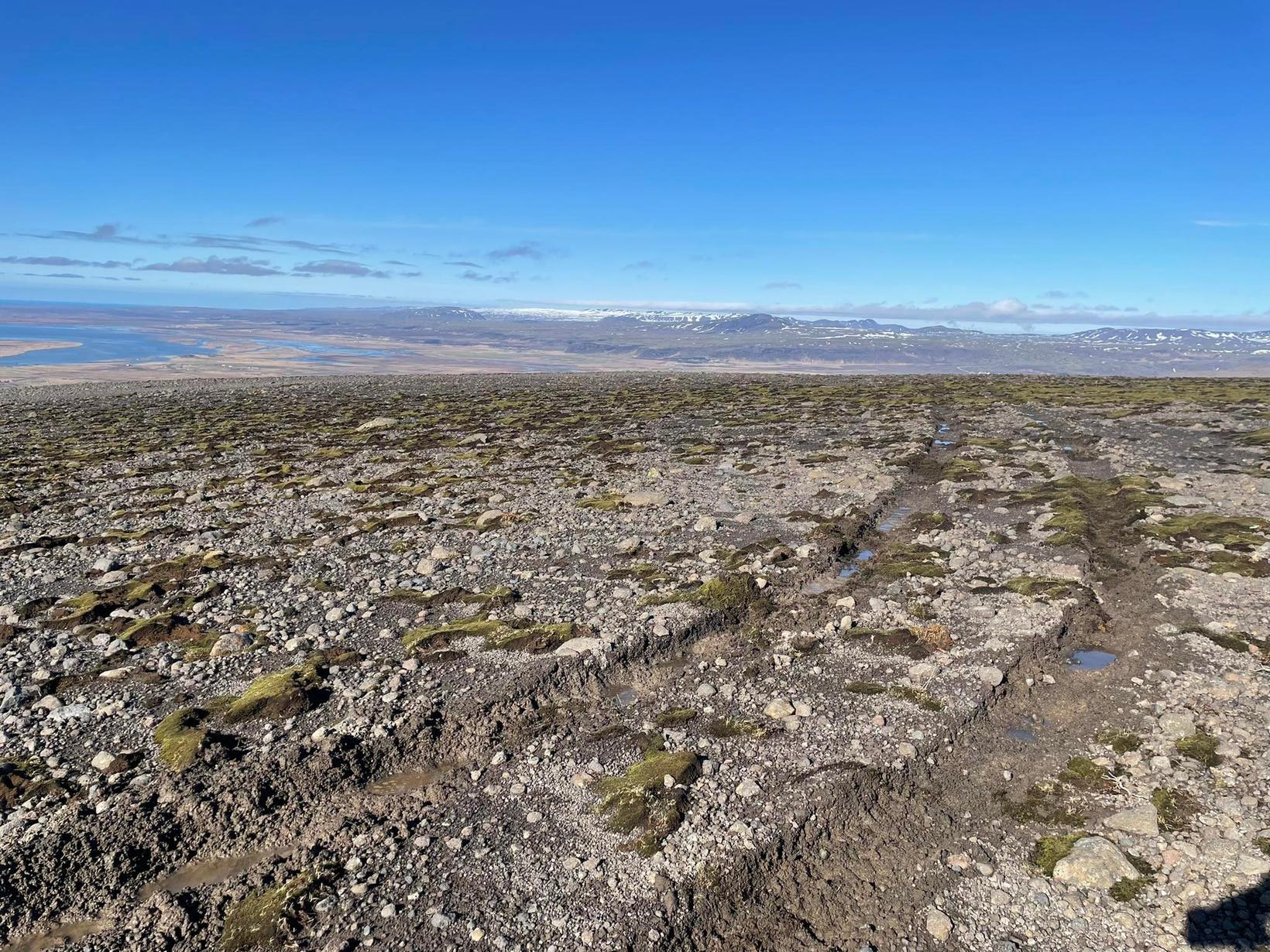 “It is incomprehensible that someone should have decided to spin the wheels through there under these conditions,” he states.

He doesn’t know how far the tracks extend, since he and his son didn’t get a chance to cover the whole area. It is clear that the ATV was not turned around to avoid the conditions, and in one place, it had clearly gotten stuck, he relates. 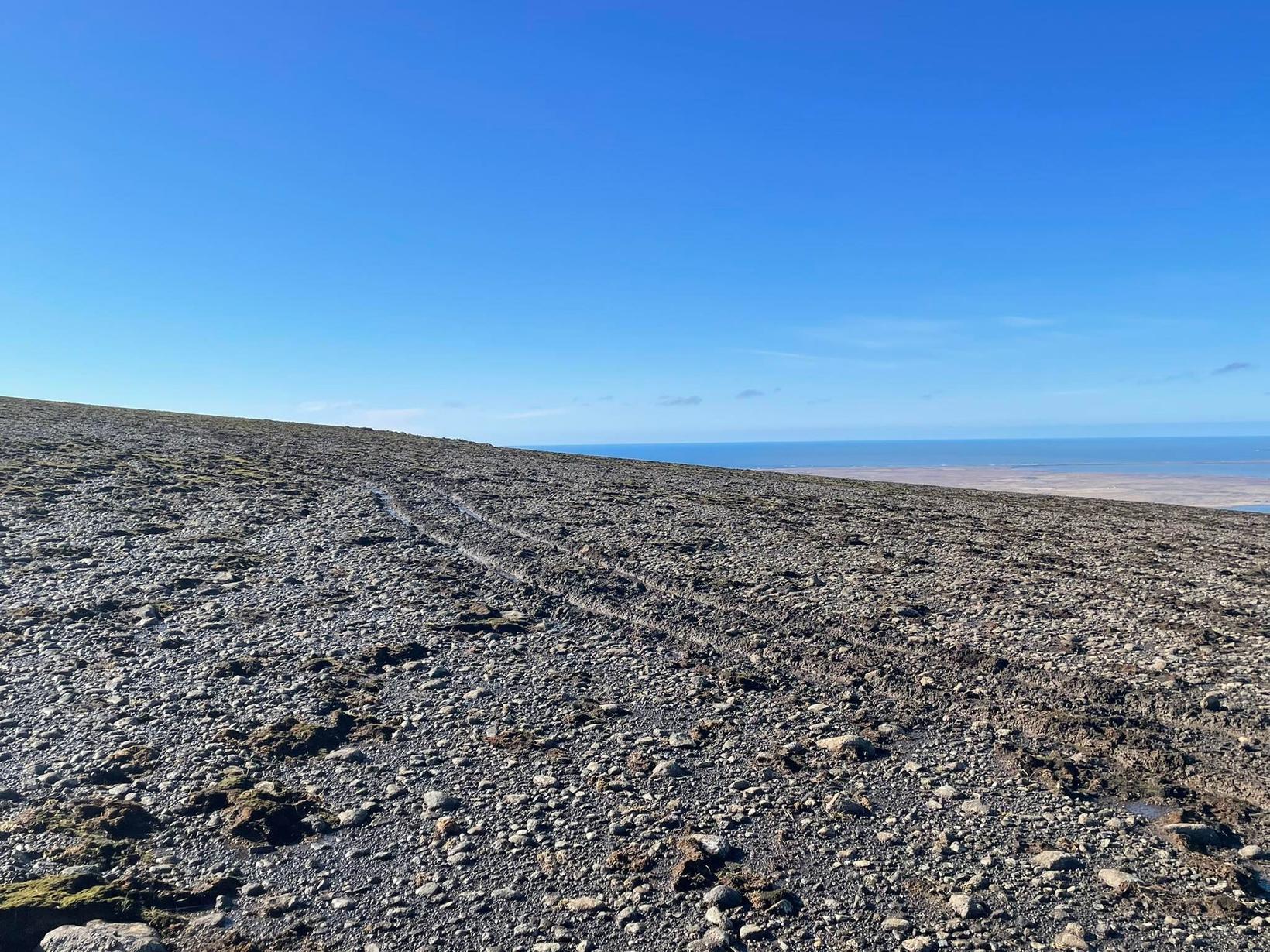 Bárður, who is an avid hiker, is shocked by the damage done to nature. “I don’t remember ever seeing such a thing in the mountains,” he exclaims and stresses the importance of treating nature with respect. He has reported the damage to the police and to the Environment Agency of Iceland. Off-road driving is illegal in Iceland.