Concerned About Excavation in Seyðishólar Craters 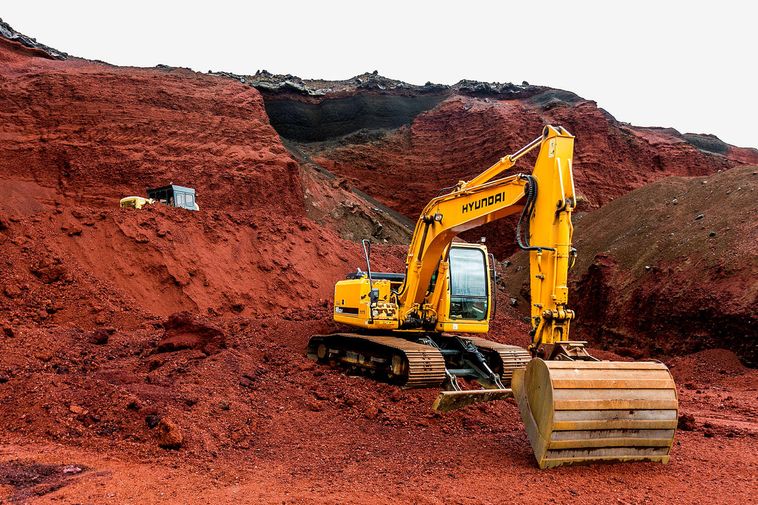 Owners of cabins in the vicinity of Seyðishólar craters, Southwest Iceland, are very concerned about plans to increase excavation in the quarry in the craters, Morgunblaðið reports.

The excavation company Suðurtak ehf. has submitted an assessment plan to the National Planning Agency regarding an environmental assessment of their continued removal of scoria from this row of scoria craters, which are between seven to nine thousand years old and are famous for their red color.

Morgunblaðið reported last week that the company, which has been selling scoria (slag) from the craters for decades, plans to increase its export of the material for industrial production, in cooperation with the company Jarðefnaiðnaður ehf. (JEI).

In the coming 15 years, the plan is to excavate up to 500,000 m3 of scoria from the craters, or 33,000 m3 a year on average. The material will be used both in the area and be transported to the town Þorlákshöfn for export. The amount used for export will be 20-25 thousand m3 a year. By comparison, between five and ten thousand m3 have been exported a year for the past four years. Because of the strength of the scoria, it has been suggested to use it in the production of light weight concrete.

“We, members of Kerhraun [an association of cabin owners in the area] don’t want the land to be excavated and the crater to disappear,” Guðrún Njálsdóttir, member of the association states. “It is one of the most important landmarks in the Grímsnes area, and it is absolutely unacceptable to damage it more than has already been done.”

She wonders if it makes sense to allow major and irreversible work to be done while there is constant talk about protecting nature. The quarry is large already, she states, and the plan is to enlarge the work zone, which will have an irreversible visual impact.

In addition, she notes that further excavation will result in noise and pollution in the vicinity.

Much more fun to travel with kids