Forest Lagoon to Open in April 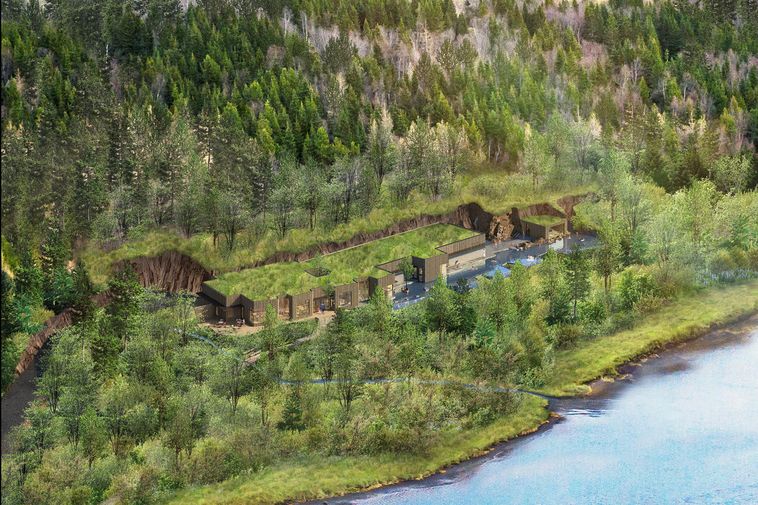 Within a few weeks, a new geothermal spa, Forest Lagoon (Skógarböðin) will be opening in Vaðlaskógur woods, a short distance east of Akureyri, North Iceland. An exact date, though, has not been announced.

The spa’s pools are supplied with geothermal water from the nearby Vaðlaheiði mountain — water, which unexpectedly began streaming from the mountain during the buiding of the Vaðlaheiði tunnel.

Morgunblaðið reports that before Christmas, thousands of gift certificates to the spa were sold. “Demand was far beyond expectations,” states Tinna Jóhannsdóttir, Forest Lagoon’s managing director. “We sold thousands of gift certificates, indicating that Forest Lagoon will become a popular destination. There is a great deal of anticipation in the air, since there is a need for this type of recreation in the area.”

Dozens of people have recently been working day and night at completing the project. The spa will be open daily from 10 am till midnight. Single admission will be ISK 5,800.

“We believe there is a need in the area for baths with such long operating hours,” Tinna states. “Many people go skiing in Hlíðarfjall mountain and stay there until evening. For them, it would be nice to finish the day off with a bath here.” She notes that travelers in the rural areas who spend the day outdoors will enjoy relaxing at the spa as well.

Tinna concludes by noting that numerous inquiries have been received from families who plan to visit the area in the summer and are determined to stop by at the new lagoon.