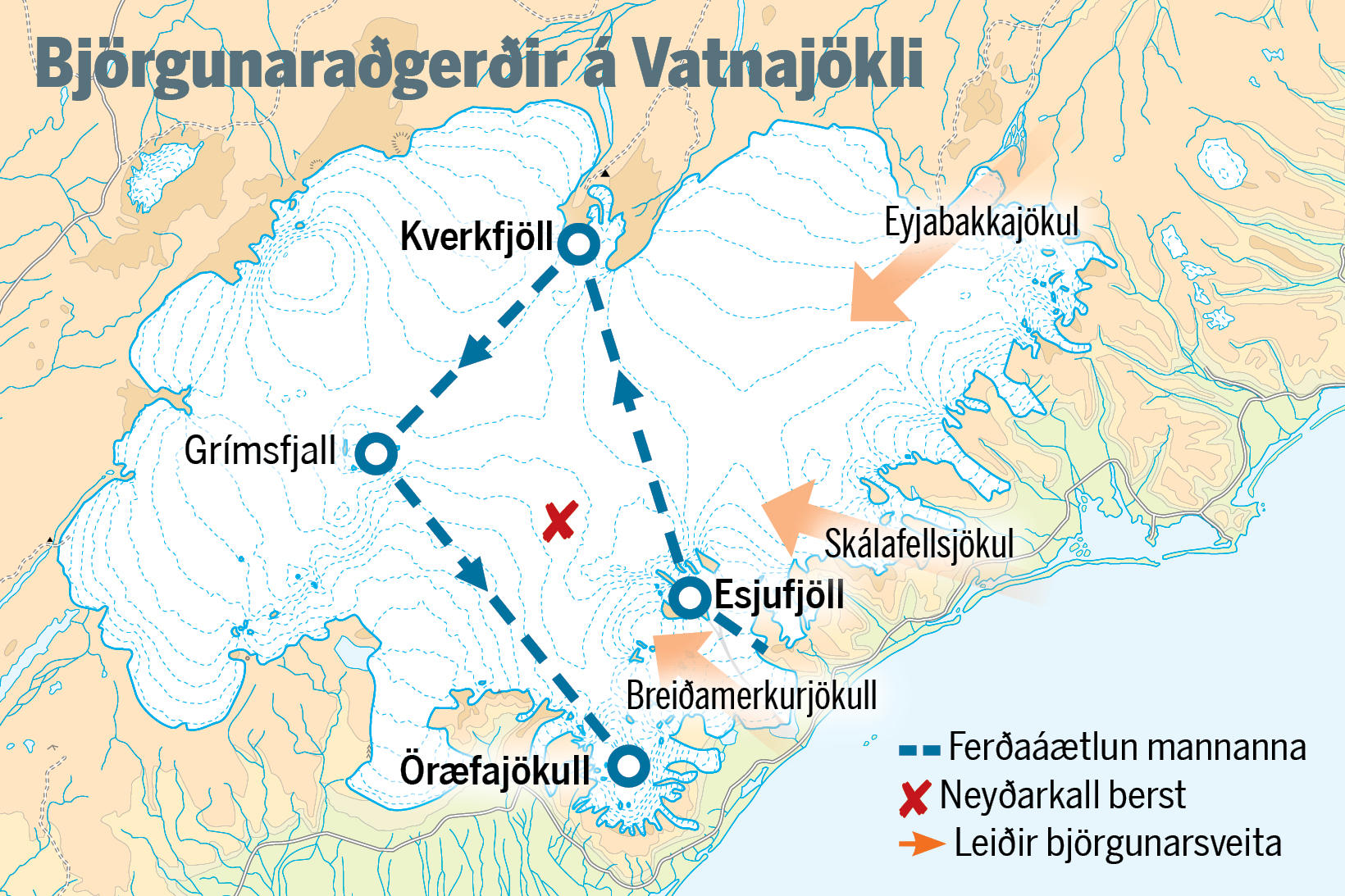 The blue, dotted line shows the men's intended itinerary, the red x shows the location of the emergency signal, and the orange arrows indicate the routes taken by rescue teams. kort/mbl.is

Rescue workers, traveling on snowmobiles, came to the rescue of two men on Vatnajökull glacier yesterday afternoon, who had sent out an emergency signal yesterday morning, mbl.is reports. The men — foreign tourists who were cross-country skiing across the glacier — were very cold, wet and tired when found.

Once the emergency signal was received in the morning, 50 rescue workers from nine rescue teams were called out to search for them. They ascended the glacier from three different locations, knowing, according to the signal, that they were located by Hermannaskarð mountain pass, north of Öræfajökull glacier. There were blizzard conditions in the area at the time, very limited visibility, and a yellow weather alert in effect. 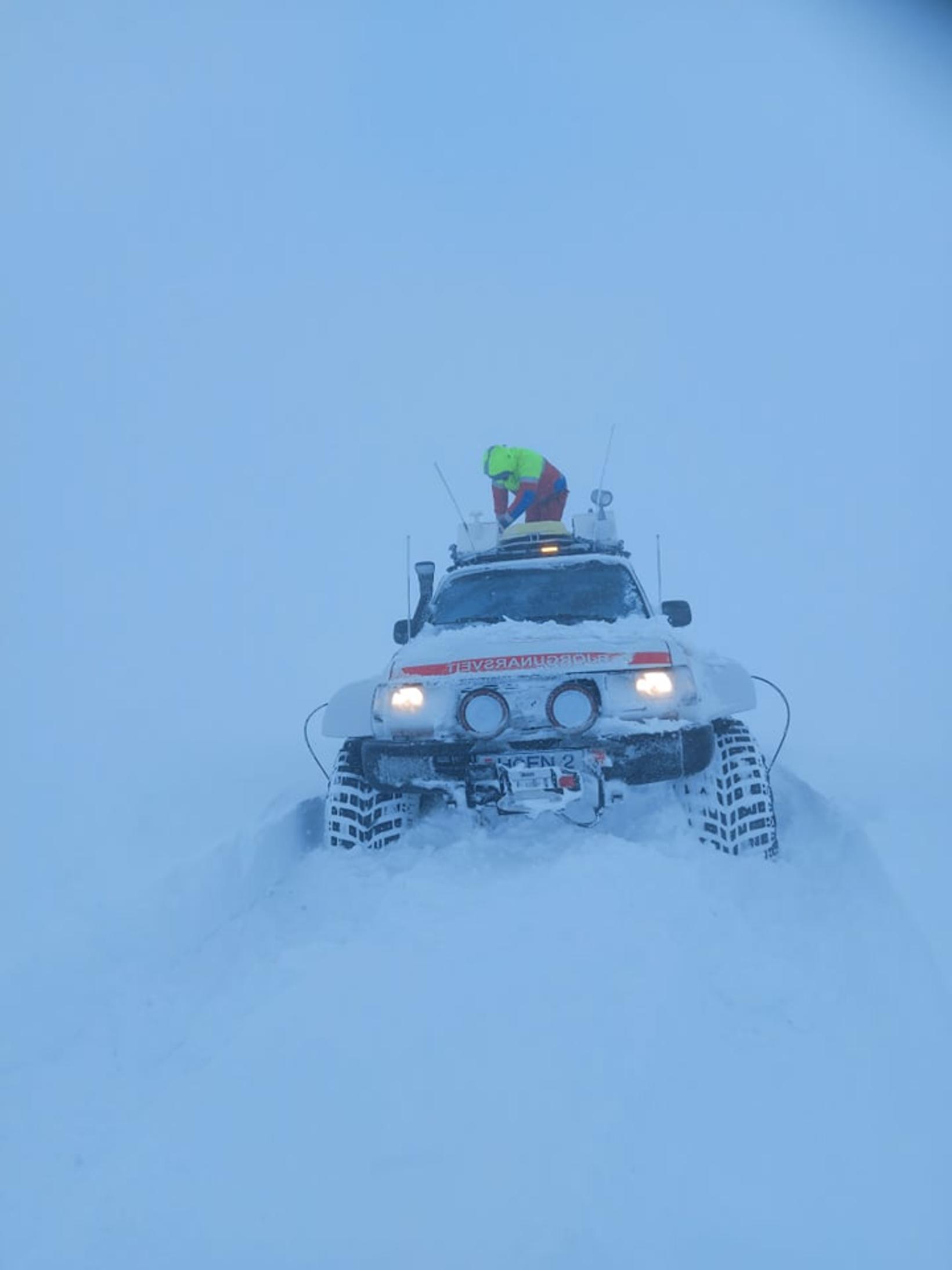 One of the rescue vehicles. Photo/Hornafjörður Rescue Team

According to Friðrik Jónas Friðriksson, who took part in directing the rescue operation from the town Höfn in Hornafjörður, the men were found precisely where the emergency signal originated. They had stuck their skis in the snow to mark the emergency tents in which they had buried themselves in snow. In addition, they had activated avalanche transceivers to facilitate the search.

The trip down the glacier was expected to take about three hours, via Breiðamerkurjökull glacier. Neither one of the men was injured, but they were exhausted after the hardship.