"I have no idea where I parked last night. Could this one be mine?" ( Something said numerous times in Akureyri, yesterday). mbl.is/Margrét Þóra

When the residents of Akureyri, North Iceland, got ready to go to work yesterday morning, they had trouble finding their cars. All of them had disappeared under a thick snow cover. All they could see was white sculptures in the parking spots, which turned out to conceal their vehicles. Those who didn’t remember precisely where they parked ended up digging up their neighbor’s car by mistake. 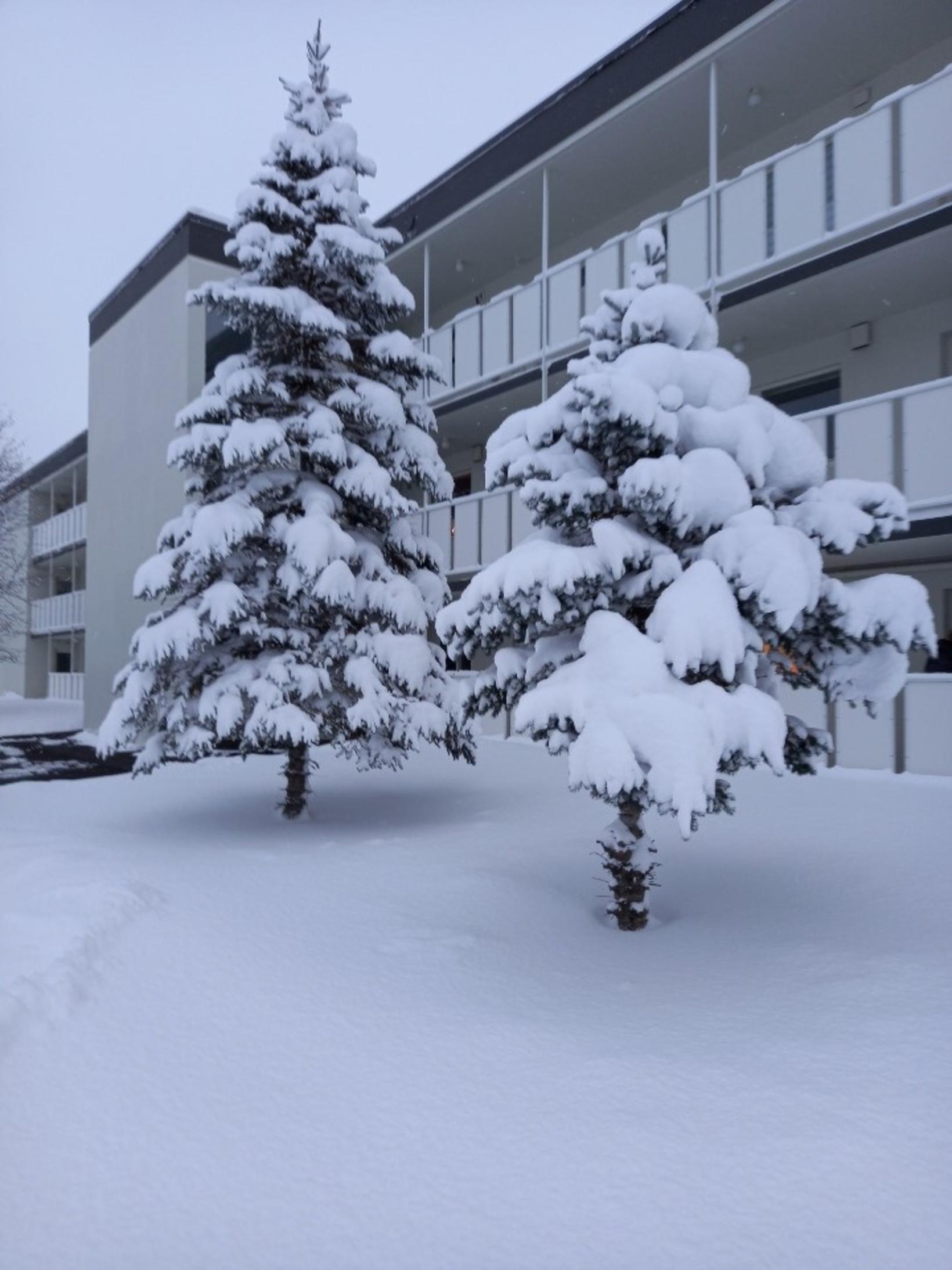 The day began early for Guðni Þóroddsson, who works in snow removal for the town. He was called out at 4 am. “I’ve been doing this since 1983, and I’ve seen much more [snow] than this…but this is among the biggest snowfalls in such a short time,” he tells mbl.is .

In many places in North Iceland, there snow is 40 cm (16 in) deep. Still, the police report that traffic is running smoothly.

“Things have gone really well. There haven’t been any traffic accidents, but the snow is very heavy,” a police officer tells mbl.is . “There is reason for people to be cautious.”