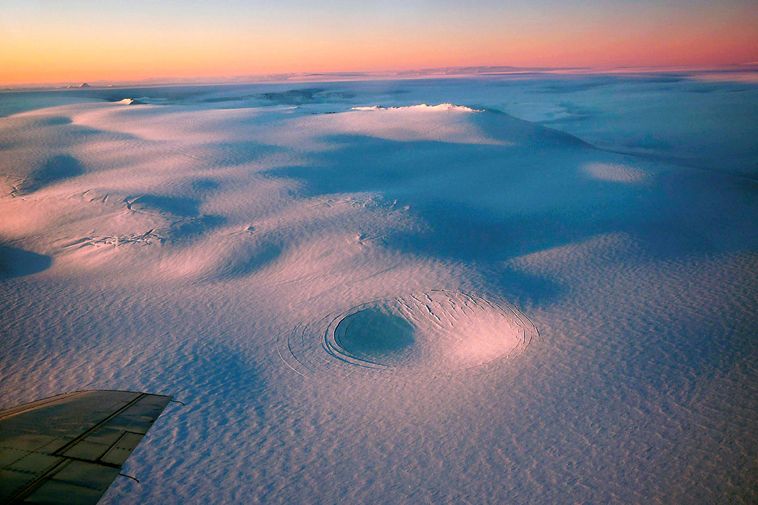 There is nothing to indicate that an eruption is imminent, following the glacial outburst flood, a.k.a. jökulhlaup, in Grímsvötn, located under the ice cap of Vatnajökull glacier, Morgunblaðið reports. The jökulhlaup peaked December 5.

“We see no such signs,” states Magnús Tumi Guðmundsson, geophysicist. “There are no tremors that suggest magma is about to erupt.” He adds, though, that scientists can not be held accountable for the unpredictable behavior of volcanoes.

Grímsvötn is the most active volcanic system in Iceland. The last time a volcanic eruption followed a glacial outburst flood in Grímsvötn was in 2004. It was preceded by seismic activity and by increased emission of steam.

Magnús Tumi describes what happens back then: “There was a glacial outburst flood and then the eruption started. It was not a large eruption, but the volcanic plume extended ten to 11 km into the air, and it lasted about 24 hours. Back then, an eruption was known to be imminent, and it was triggered by the jökulhlaup. At present, the conditions are such that the Grímsvötn volcanic system was not close enough to erupting for the jökulhlaup to suffice to trigger an eruption.”

When the flood peaked December 5, scientists stated the chance of an eruption was fifty-fifty. December 6, the aviation color code for Grímsvötn was raised to orange, but was lowered to yellow the following day. “I’d say that if an eruption were to start in the coming days, it would be an indirect result of the jökulhlaup,” state Magnús Tumi.

“What makes this jökulhlaup interesting is that two calderas were formed near the channel of the flood, and one of them is 60 meters deep,” he adds.

An aircraft from Isavia flew over the area on Friday, and pictures from that flight will likely be published today.