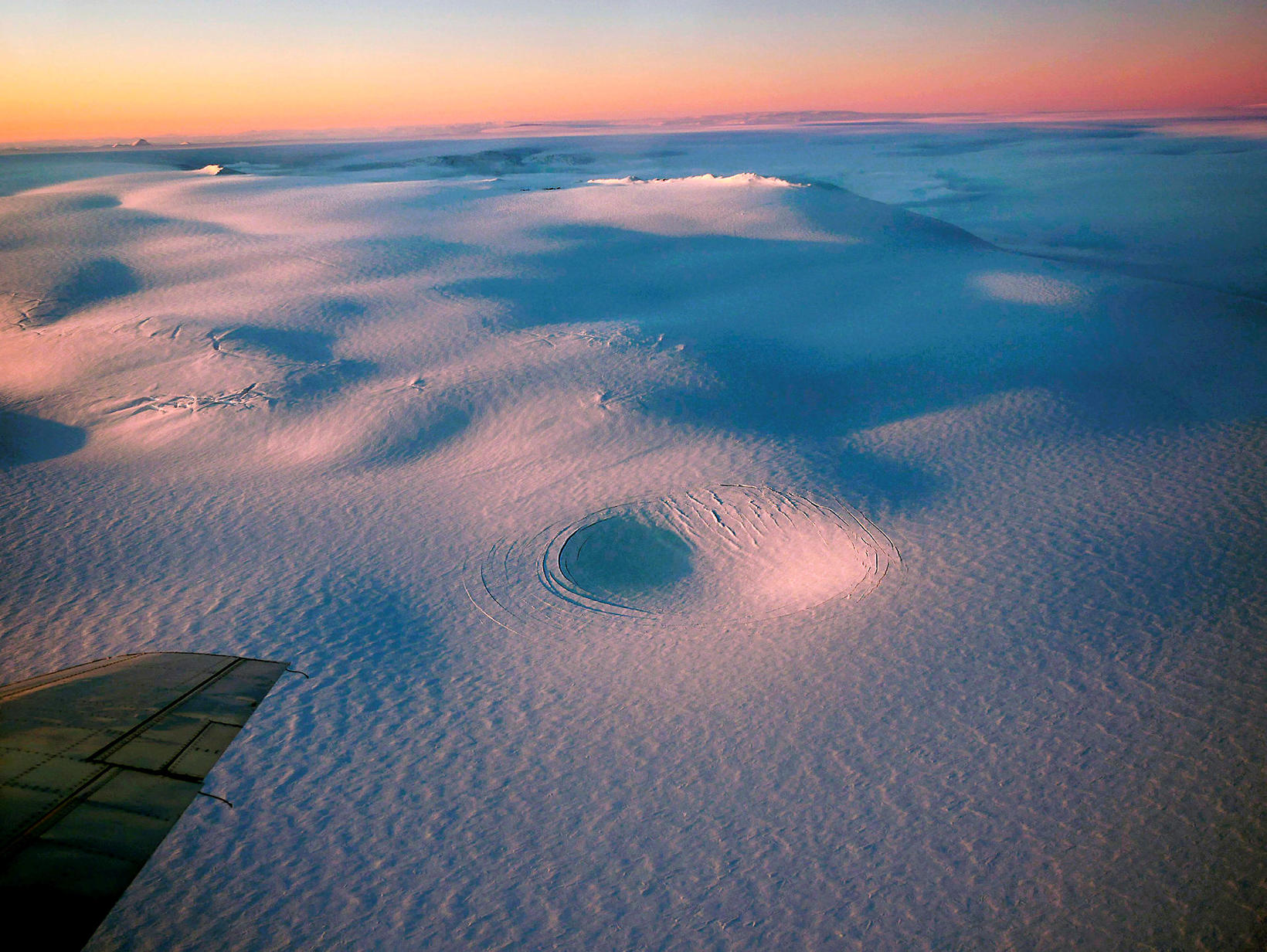 The likelihood of an eruption in the Grímsvötn volcanic system, located under the ice cap of Vatnajökull glacier, appears to have decreased since yesterday, mbl.is reports. Yesterday morning around 6:15 am, an earthquake of magnitude 3.6 hit the area, followed by a few aftershocks, but since then, seismic activity has decreased considerably.

Böðvar Sveinsson, natural hazards specialist at the Icelandic Met Office, told mbl.is this morning that no volcanic tremor has been detected and that the glacial outburst flood from Grímsvötn is subsiding. 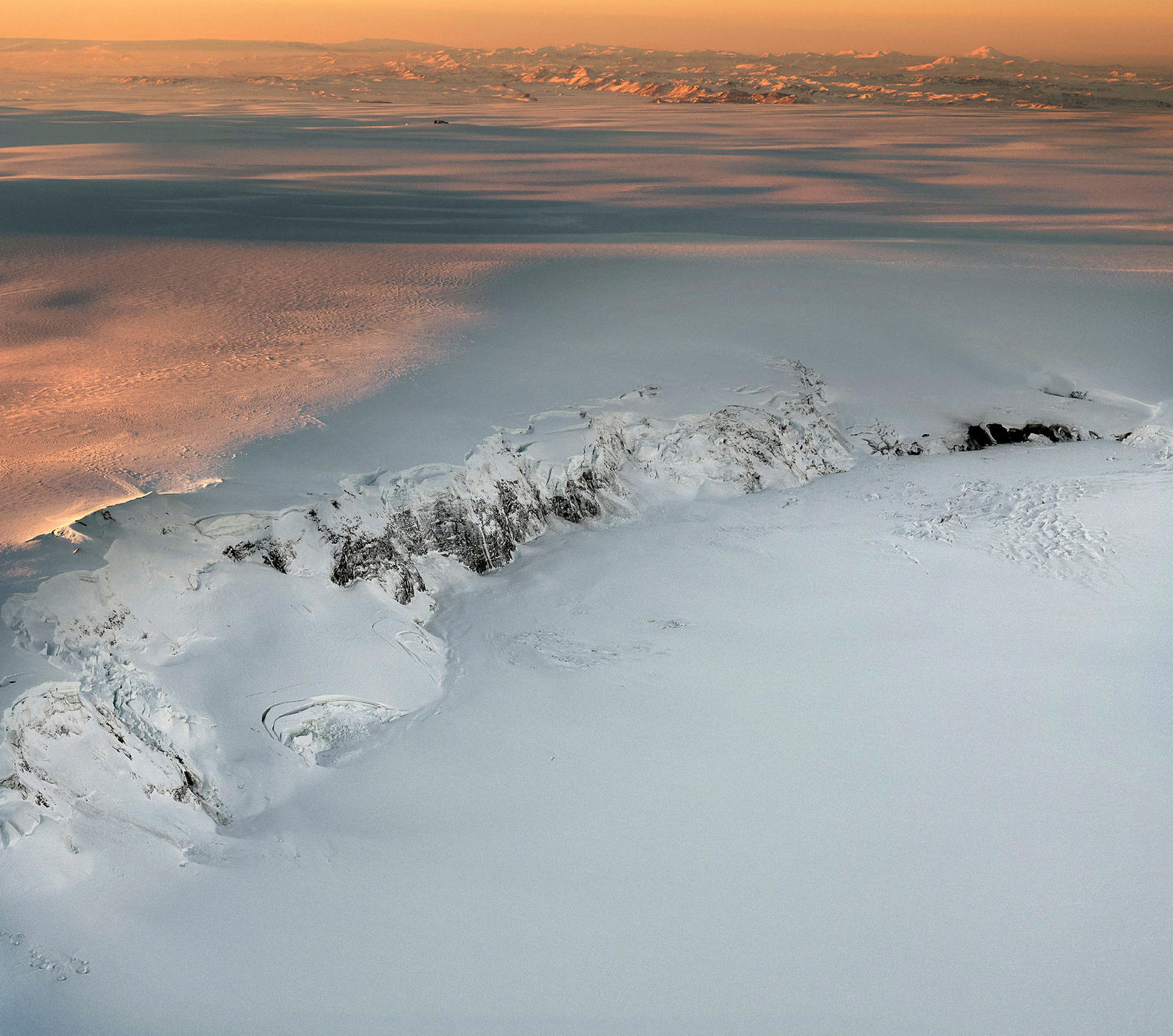 
Scientists discovered a new caldera southeast of Grímsfjall mountain when they flew over the area Sunday. It is believed to be 20 meter deep and 500 meters in diameter. It is located over the area where the flood waters travel from Grímsvötn.

The glacial outburst flood, or jökulhlaup, from Grímsvötn peaked Sunday, and sometimes, an eruption has occurred in the wake of such a flood. When the flood water rushes forth, there is an immense drop in pressure on the volcano, and that can trigger an eruption. “That’s what happened in 2004, and prior to that in 1934 and 1922,” Magnús Tumi Guðmundsson, professor of geophysics at the University of Iceland, tells Morgunblaðið . “The chance of an eruption decreases as more time goes by after a glacial outburst flood.”