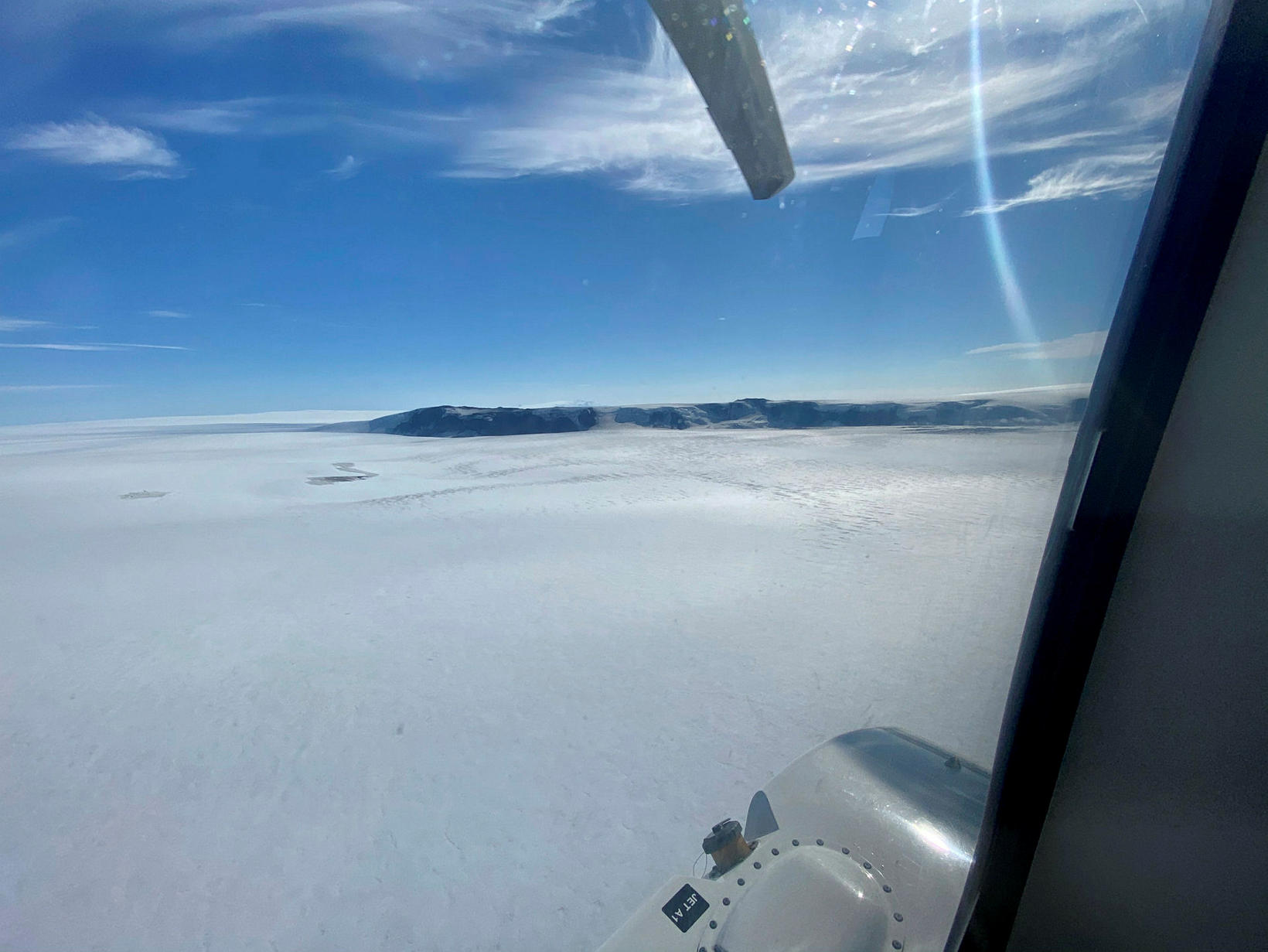 This morning, the Icelandic Met Office updated the aviation color code for the Grímsvötn volcanic system, located under the ice cap of Vatnajökull glacier, changing it from yellow to orange, mbl.is reports. The map is refreshed daily at 9 am.

The color codes, which are in accordance with recommended International Civil Aviation Organization procedures, are intended to inform the aviation sector about a volcano’s status. 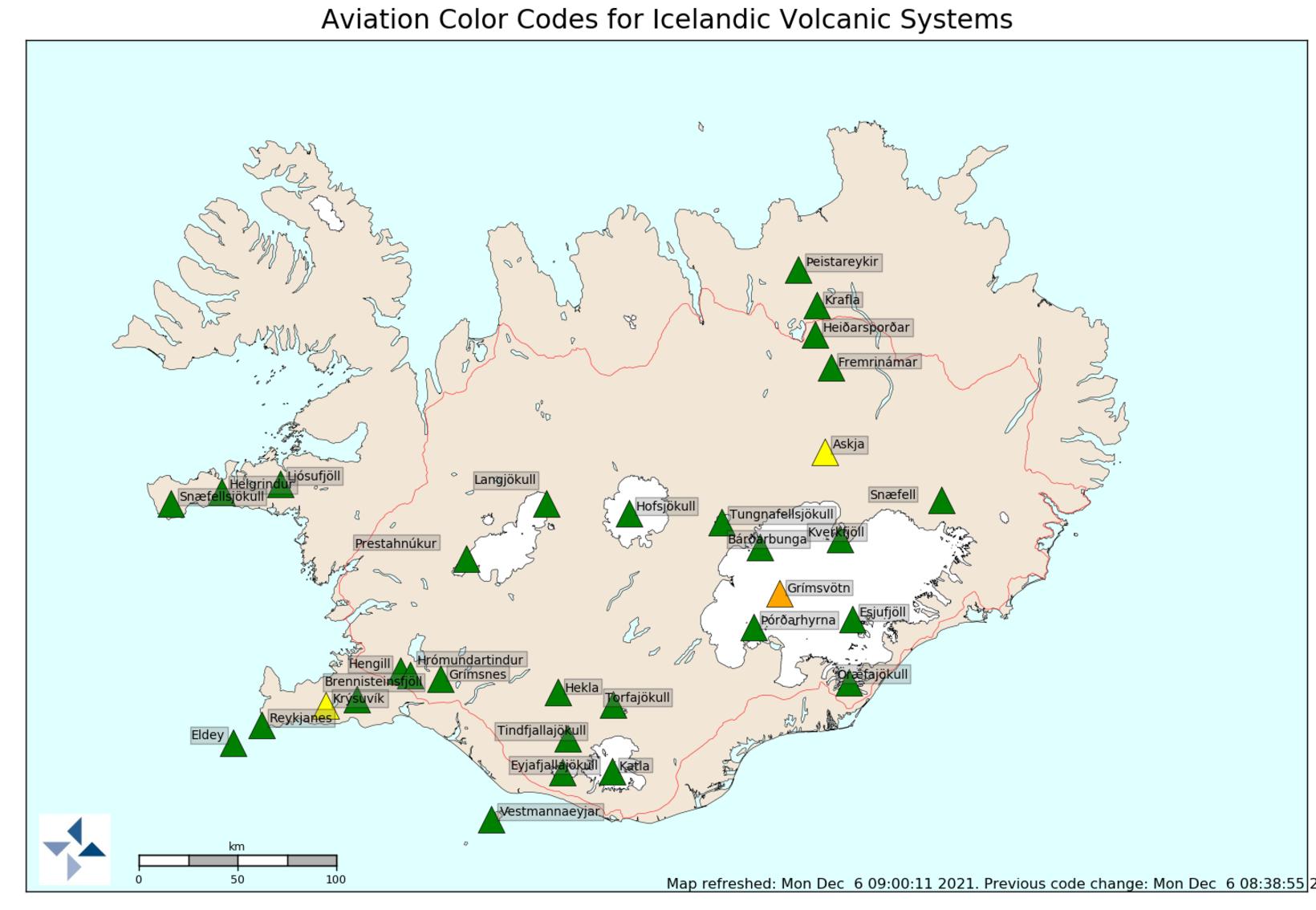 According to vedur.is , the orange color code indicates the following:

“Volcano is exhibiting heightened unrest with increased likelihood of eruption.
or,
Volcanic eruption is underway with no or minor ash emission.”

At present, Grímsvötn is the only volcano given an orange color code. Two volcanoes are marked with a yellow color code. Those are Askja, located north of Vatnajökull glacier, and Fagradalsfjall, Southwest Iceland, which has not shown any sign of volcanic activity since September 18. All the rest are marked green.

As we reported earlier today, a volcanic eruption in Grímsvötn has sometimes followed a glacial outburst flood, and although there were no signs of volcanic tremor this morning, scientists have stated the situation is being closely monitored and that it could change suddenly.