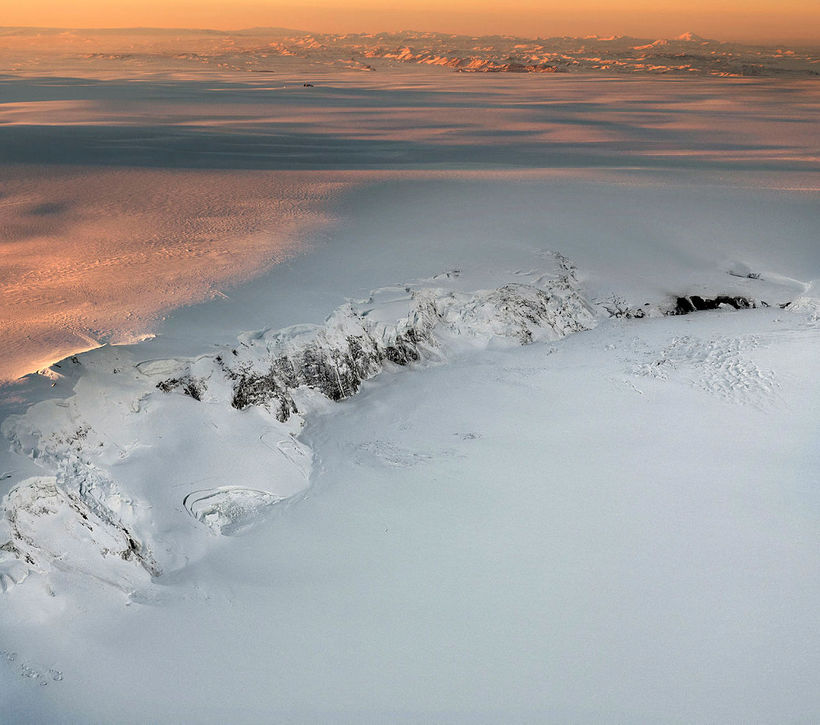 Grímsvötn lakes in the foreground and Grímsfjall mountain behind them. mbl.is/RAX

A earthquake of magnitude 3.6 hit the Grímsvötn volcanic area, under the ice cap of Vatnajökull glacier, at 6:16 am, according to vedur.is . A few aftershocks in excess of magnitude 1 followed.

A glacial outburst flood, a.k.a. jökulhlaup, from Grímsvötn peaked yesterday morning when the discharge in Gígjukvísl river reached a maximum of about 2,800 m3/sec., which is 28 times the river’s average discharge at this time of year. Still, the maximum discharge is considerably less than originally expected when scientists put the figure at 5,000 m3/sec. 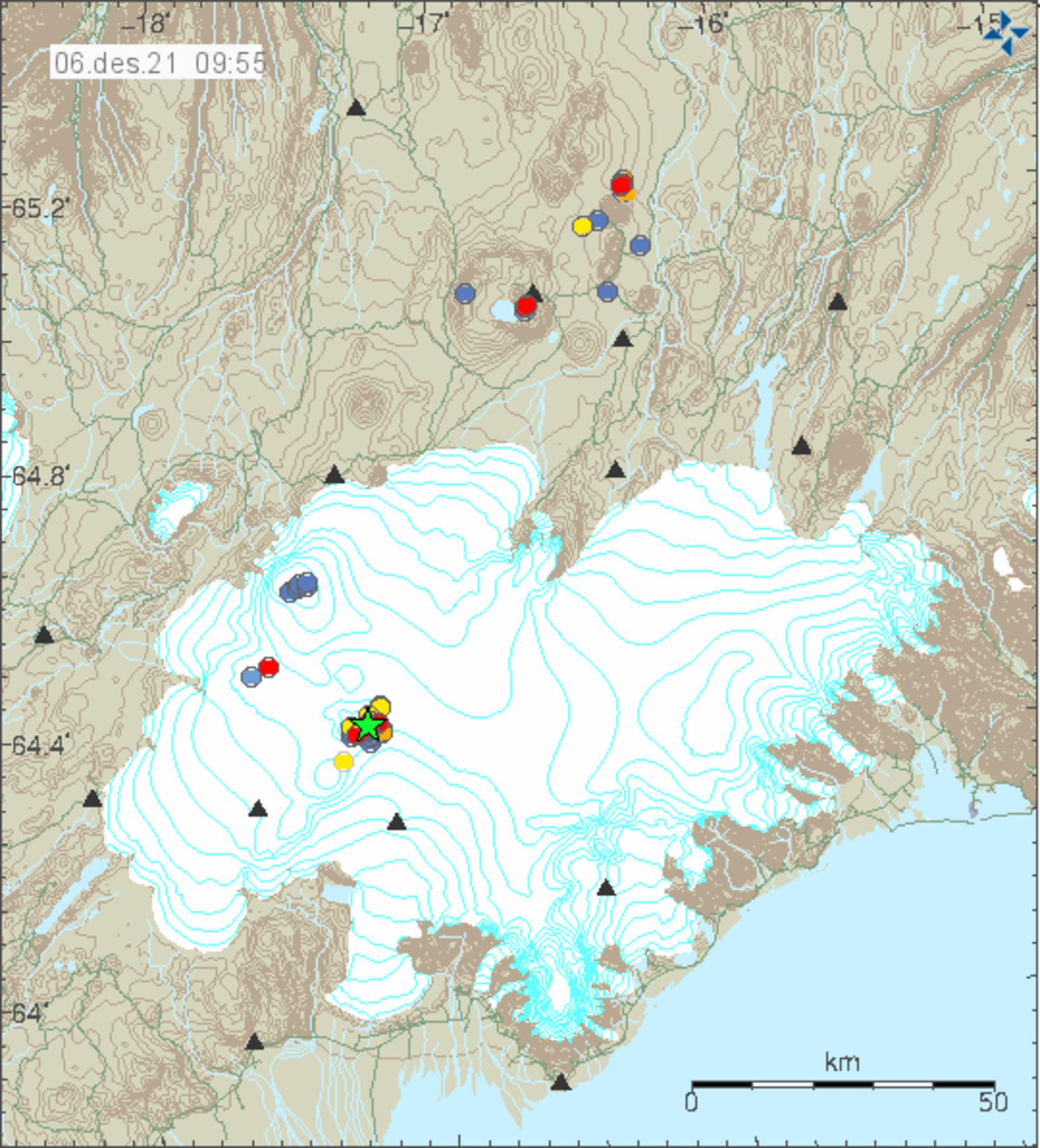 The ice cap over Grímsvötn lakes has subsided a total of 77 meters, and for the past hours, it has been subsiding very slowly, meaning that the lakes have almost completely drained of meltwater.

The question now is whether the glacial outburst flood will be followed by a volcanic eruption in Grímsvötn.

There are no signs of volcanic tremor, Bjarki Kaldalóns Friis, natural hazards specialist at the Icelandic Met Office, told mbl.is this morning.

The M3.6 earthquake was preceded by a tremor a minute earlier that measured 2.3. No gasses have been detected. Bjarki estimates there is a fifty-fifty chance of eruption in Grímsvötn. The area is being closely monitored.

Should an eruption follow the jökulhlaup, it would not necessarily occur right away. “In 2010, half a year went by before an eruption began, whereas in 2004, it occurred when the jökulhlaup was about to peak,” Bjarki explains.

“The Grímsvötn volcanic system is ready for an eruption, but the question is whether it’s up to it. At the moment, there is no data available to sugggest an eruption is imminent, but that could suddenly change,” Bjarki stated when interviewed last night.